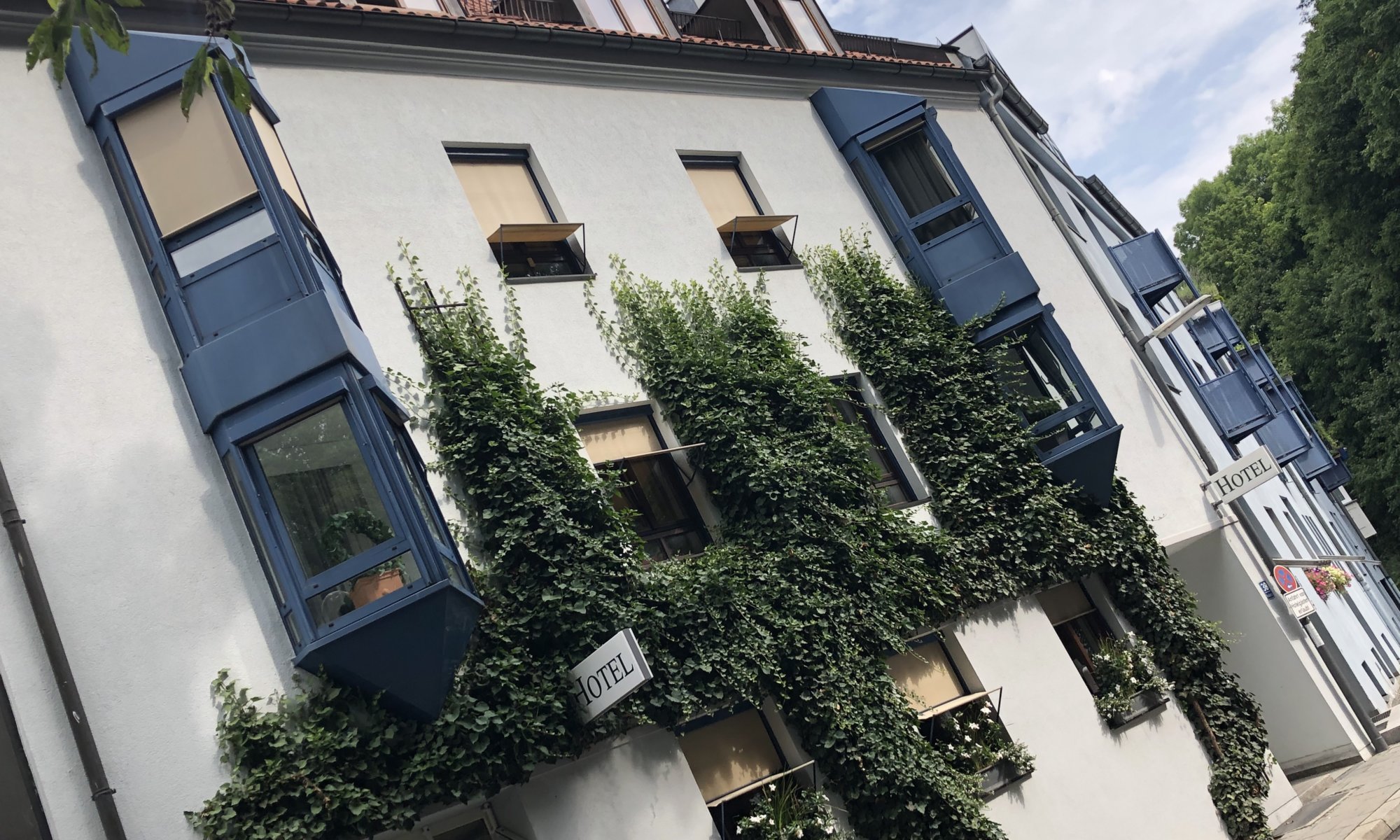 I can’t remember that I was ever in a hotel at München, Germany that I wanted to book again afterwards. Often I stayed in cheap hotels close to the railway station or in shiny conference hotels somewhere outside of the city center. With the hotel ‘Am Nockherberg‘ it’s totally different: it is a cosy place in a nice area and easily reachable.

The hotel is located in a small street with nice little houses next to the Kronepark (a green area on a hill). If you want to get here you’ll only need to take U1 or U2 from the main station and after five minutes you reach the stop Kolumbusplatz. The hotel has 38 rooms, the surroundings are really quiet and it’s far from costing a fortune.

The Nockherberg is quite well-known as it is a location of the Paulaner brewery. Every year there is a Starkbierfest (called ‘Salvator-Ausschank‘) where bock beer (strong lager) is served and the first beer is given to the prime minister of Bavaria. What follows is political cabaret (‘Derblecken‘) that is also shown on TV: in a speech and a singspiel they make fun of the politician (sitting in the audience).

The ‘Derblecken‘ – which means making fun of somebody else in Bavarian language – is a tradition in restaurants where the innkeeper still knows all his guest (mostly on the countryside). As a welcoming he tells stories about his guests that should be funny but not insulting.