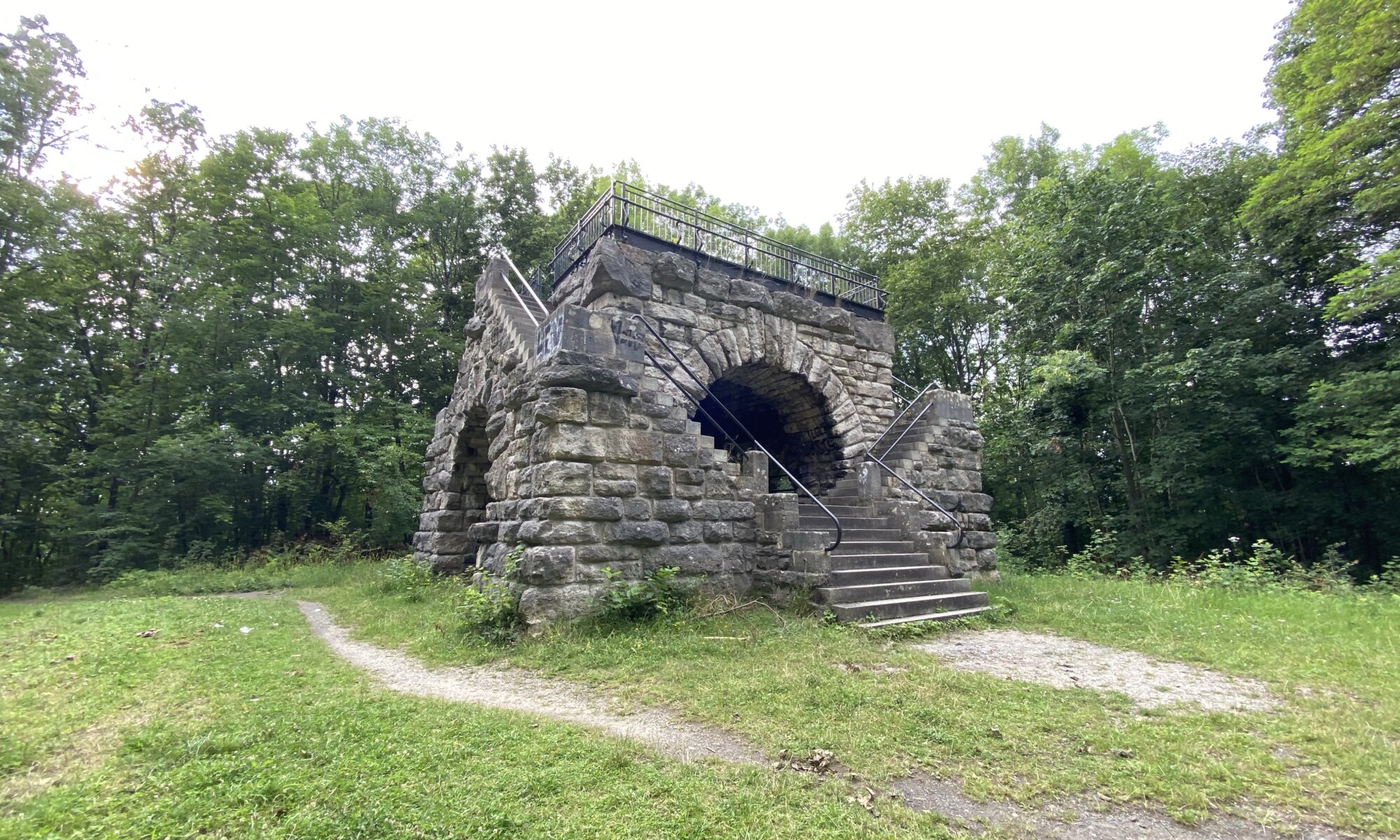 A strange building made of stone hidden behind high trees in the forest. A temple? A ruin? If you walk around the building on the Klausberg in Göttingen, Germany, you will spot a tiny inscription: ‘Gedenkstein für Otto von Bismarck‘, a memorial for the former imperial chancellor. It is officially called ‘Bismarckstein‘ but the locals have a different name for it: ‘Elefantenklo‘ (elephant loo). Bismarck was very famous by his time even though his role in history has a lot of dark sides – but the people were willing to donate for memorials to commemorate him.

The tower was inaugurated at the summer solstice of 1903. By that time it wasn’t hidden by trees – the fire should be visible from far away. Around the Bismarckstein there were also stone pillars with fires on top – they are lost today. As Otto von Bismarck had studied in Göttingen there are different places carrying his name: the Bismarckturm, a tower in the forest, and the small building where he was living during his studies on the Wall. If you climb up to the second level of the always open Bismarckstein building you will see what generations of students have been doing at this remote location: ignite fires, have barbecues or just party at the top. Some things never change.