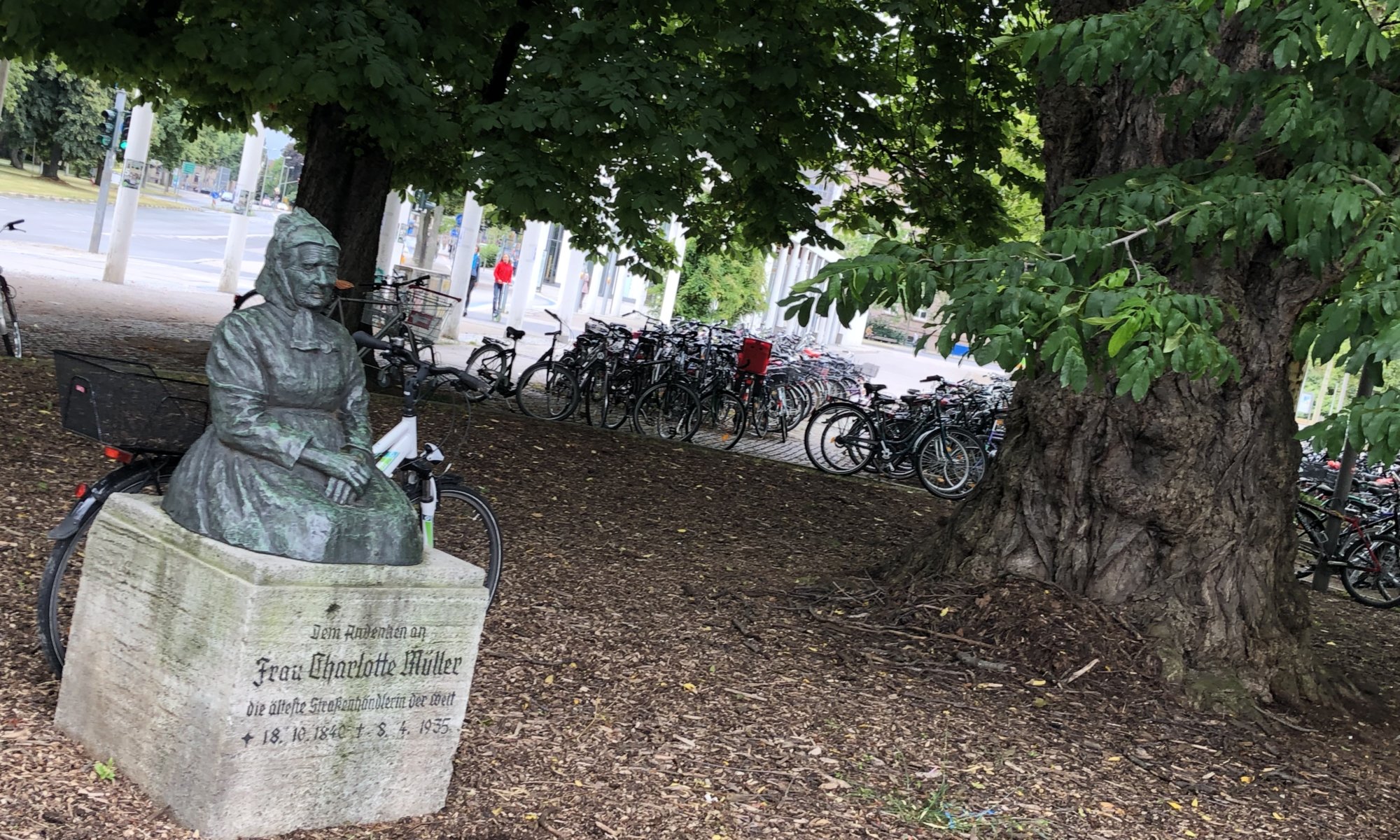 A small memorial on the square in front of the railway station of Göttingen, Germany reminds you of Charlotte Müller – the oldest street merchant in the world (as the writing underneath states and as it is written in the Guinness book of world records). But most visitors of the city won’t find the statue underneath the tree and behind those numerous bicycles standing around everywhere.

Charlotte Müller lived between 1840 and 1935. From 1889 on she offered fruits and sweets to the travellers – there were no shops as we know them today at the railway station. She did this job until she died in the age of 95 and that makes her the oldest street merchant. Generations of people living at Göttingen were used to see her in front of the station. Therefore in 1937, the statue made by Katherine Thayer Hobson-Kraus (1899-1982) was placed there.