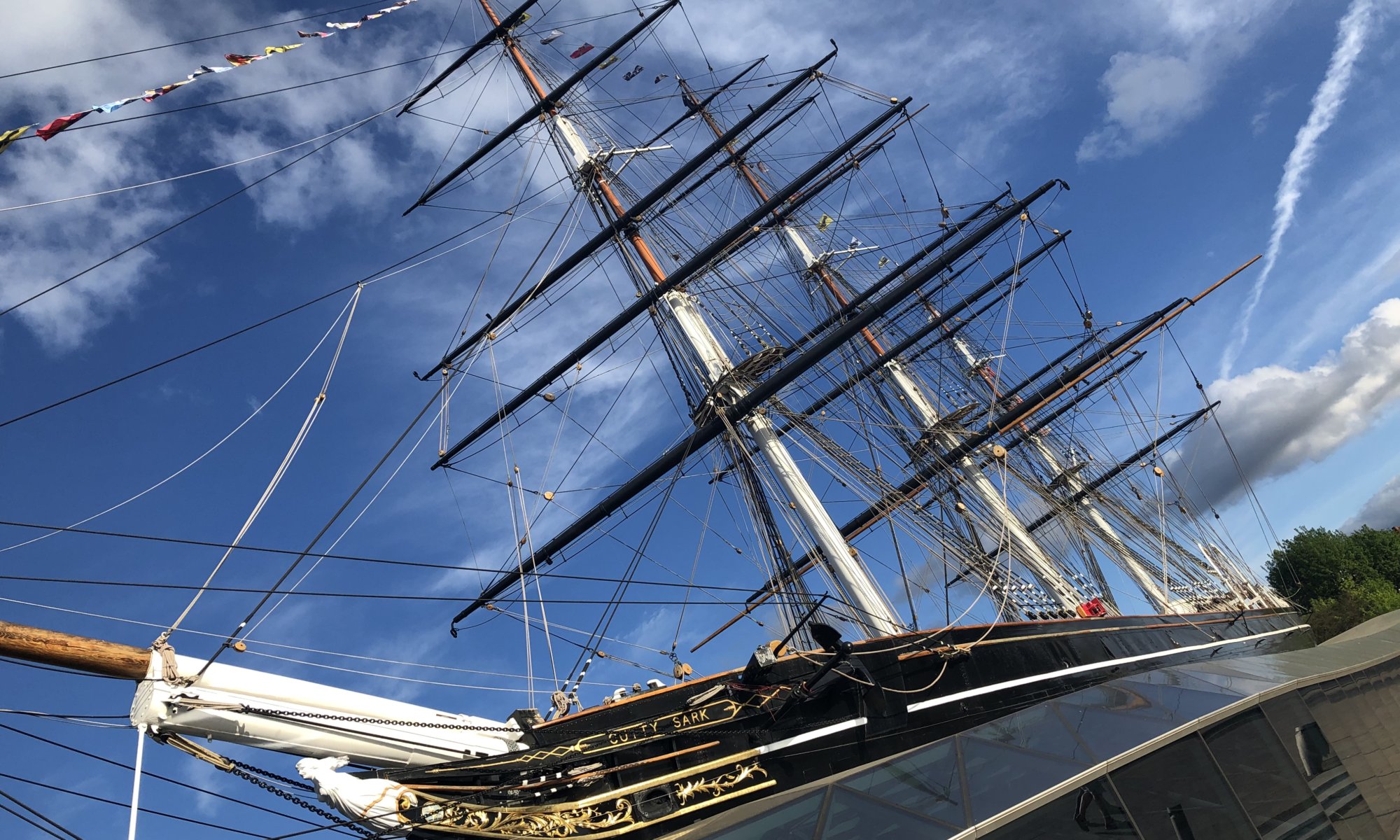 I can’t go to London, England without visiting the river Thames. Even if I’m just on a short business trip I have to walk through the city to get to the water. Sometimes I just walk along the river from the Millennium Bridge to the Tower Bridge or from Embankment to Westminister. Sometimes I like to have a beer on the water at Tamesis Dock. Another wonderful place with good views is the Greenwich Pier where you can also admire the Cutty Sark.

It is a sailing ship from 1869 that transported tea and wool – in fact it was the last ship of this kind that was built for trade. Later it served as a training ship and a museum ship. Since 1954 it is located at Greenwich and had to be heavily restaurated there – two fires (in 2007 and 2014) damaged it. Today it is part of the nautic scenery at the Greenwich Pier and serves as a museum.