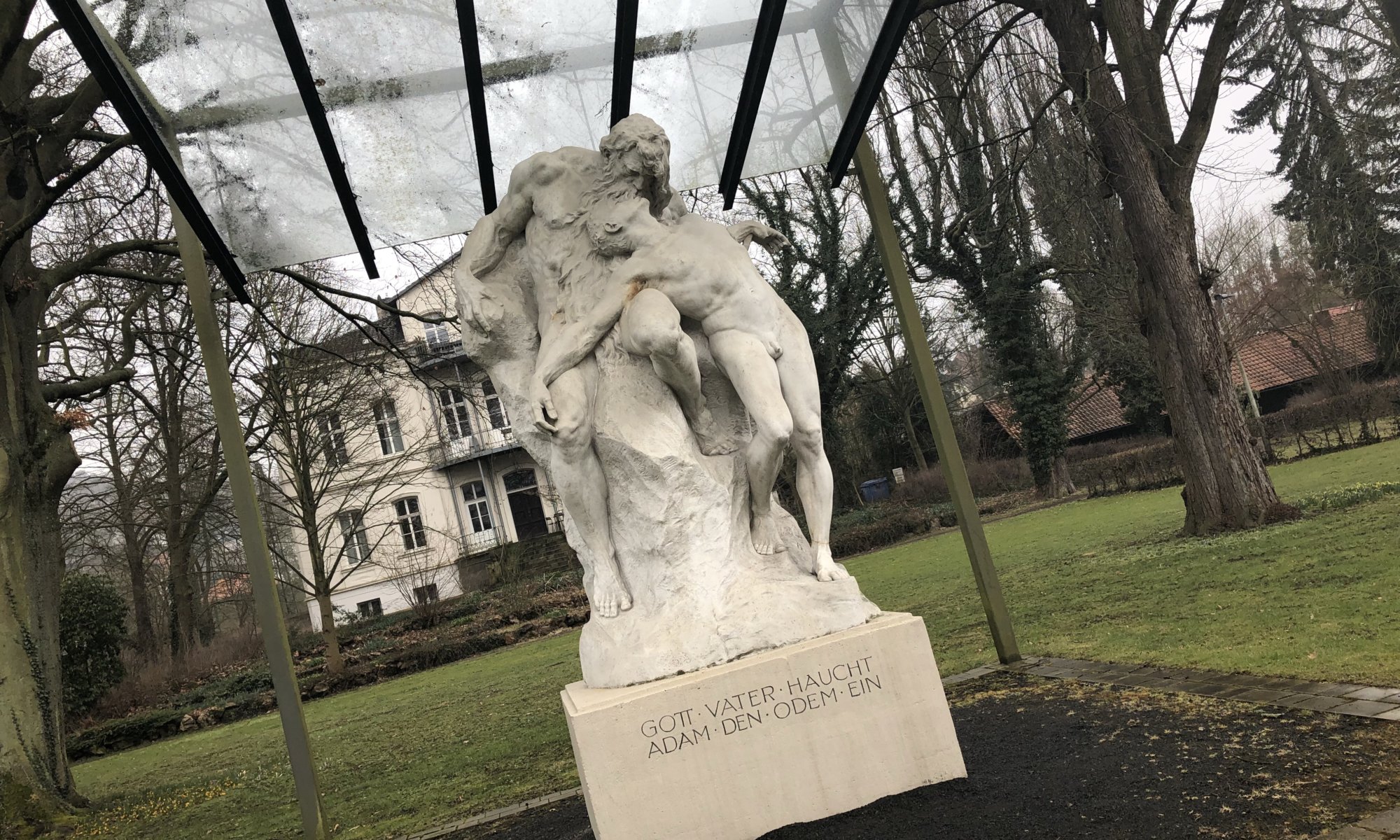 It is an artists who is tightly connected to the city of Hann. Münden, Germany – even though he wasn’t born and he didn’t die there: Prof. Gustav Eberlein. Hann. Münden became his hometown after his parents moved there and the citizens are still admiring him and his works.

Gustav Heinrich Eberlein was born in Spiekershausen (not far away from Hann. Münden) in 1847. In 1855 his parents moved to Hann. Münden, he became a goldsmith and studied art. He engaged for peace with France and admired the works of French artists like Auguste Rodin. He was critiqued for both but became an important sculptor, writer and painter.

900 works of him are known but a lot of them have been destroyed, like the Germania statue once standing in Hann. Münden on a memorial for the soldiers of the war in 1870/1871 and the copies of it distributed through Germany (including Mainz, Northeim and St. Andreasberg).

Where can you see his works today?

Today you can see three works in Hann. Münden: the statue “Gott Vater haucht Adam den Odem ein” (“God brings Adam to life“) at the Schlesierplatz and the two bronze reliefs at the Weserliedanlage. His most important work might be the memorial for Johann Wolfgang von Goethe at the Villa Borghese in Roma, Italy. At has been requested by emporer Wilhelm I and given to Italy as a present.

Through the world you can find his works in museums and on public spaces: at Berlin, Coburg, Göttingen, Dresden and Hamburg; but also at Buenos Aires, Argentina and Santiago de Chile (“Fuente Alemana de Santiago“). A private association collects material about the artist and once in a while there is also an exhibition of works in Hann. Münden.

One Reply to “Prof. Eberlein”