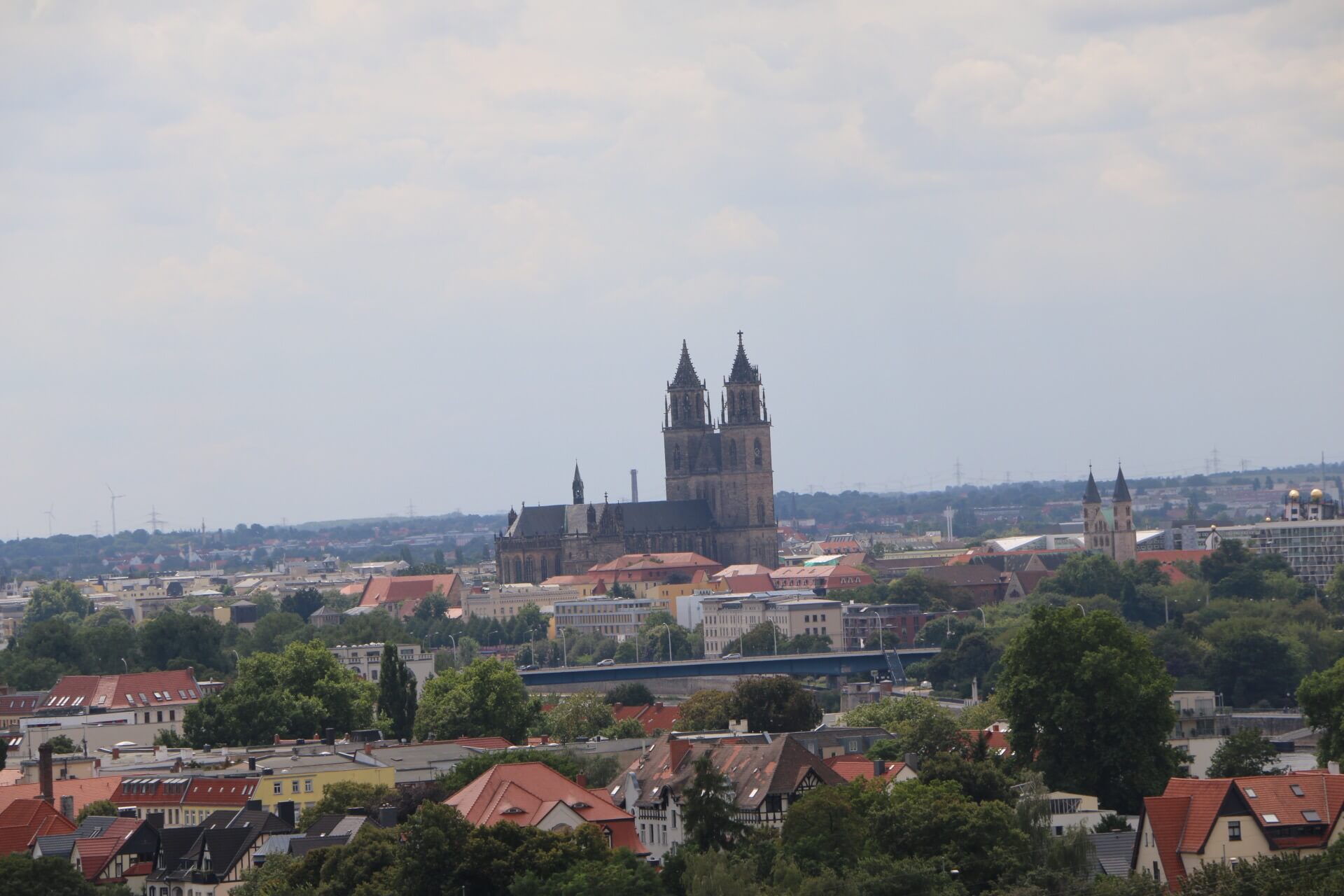 I needed a weekend off and decided to go to a place where no one of the people surrounding me had ever gone. Magdeburg, Germany is located somewhere between Braunschweig and Berlin. But then I recognized I had been there 17 years ago for the Bundesgartenschau 1999 in the Elbauenpark.

Magdeburg is a city that has been destroyed during World War II to large extent. And the times of the GDR brought rather ugly buildings to the town. The only ancient buildings are the cathedral, the cloister and the old town hall. But Magdeburg has a bright history and refers to some Ottos: Otto I. who reigned here and Otto von Guericke who was a brilliant scientist.

I arrived by train and checked in at the art hotel within one of the newer landmarks of Magdeburg, the Grüne Zitadelle designed by Friedensreich Hundertwasser. I explorer the cathedral and the old town hall, went to the art museum, walked through the zoological garden and the Elbauenpark (including the millenium tower), checked out Grusons greenhouses at Klosterbergegarten and relaxed at the Nemo.

Although Magdeburg has no ancient, beautiful city center it was worth a weekend of being there: mostly because of the wonderful parks and gardens that spread throughout the city.