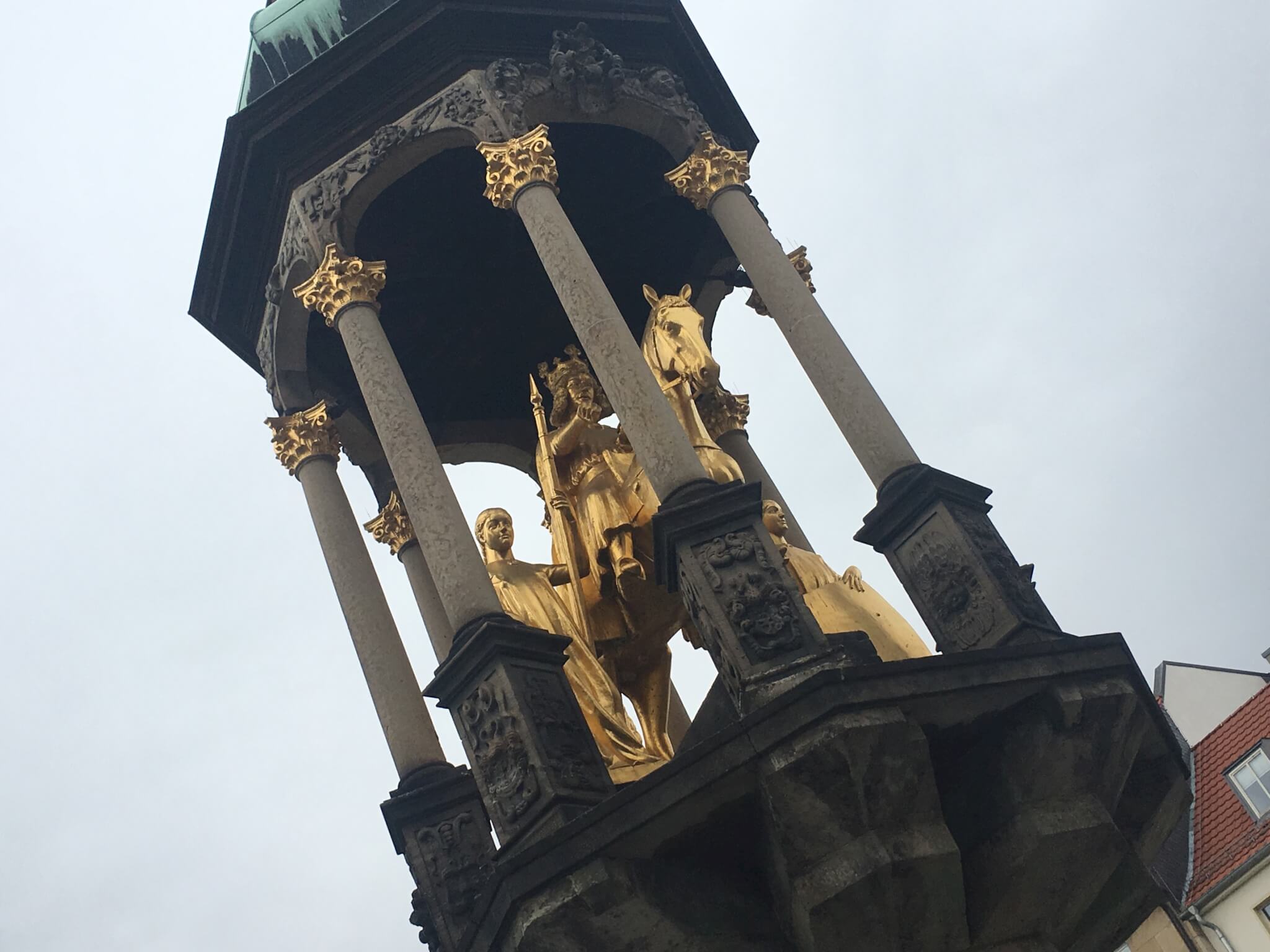 The majority of Magdeburg, Germany has been destroyed throughout World War II – and the times when being part of the GDR contributed also to the current state of the town. There are mostly three original buildings in the city center: the cathedral, the cloister (now art museum) and the old town hall.

The building was first mentioned in the year 1244. In front of it you can find three copies of earlier icons: the Magdeburger Reiter (a golden horseman accompanied by two virgins; the original is located in the cultural history museum), the Roland (first mentioned in 1419 and multiple times destroyed) and the Hirschsäule (stag column). It is unclear what the stag with the golden chain symbolizes, but it was already mentioned in the year 1429 and the column was destroy in the Thirty Years’ War.