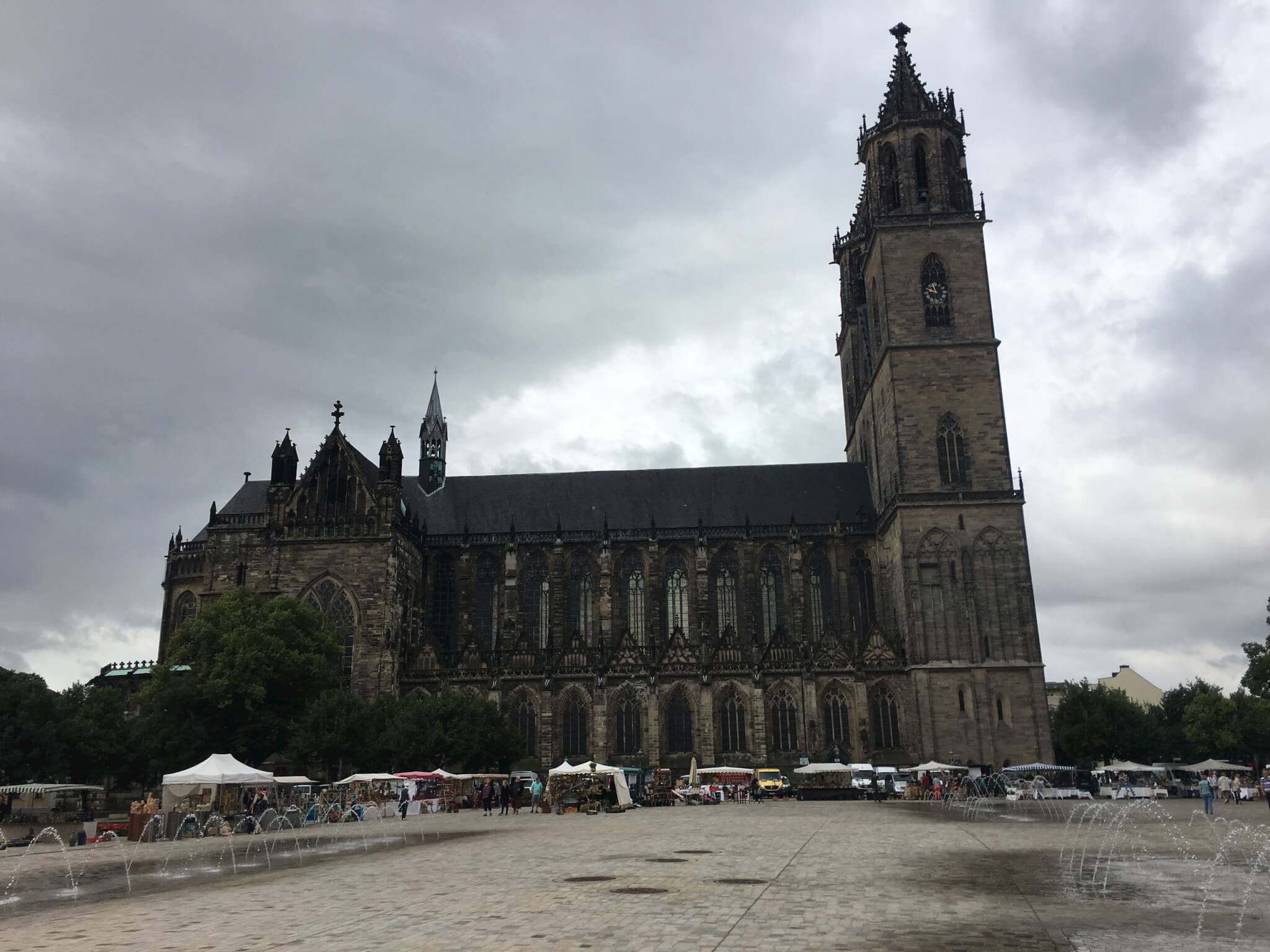 The Magdeburger Dom is the gothic-style cathedral of Magdeburg, Germany. It has been built from the year 1207 on and was sanctified in 1363. It is a protestant church located in the city center close to the Grüne Zitadelle and can be seen from all over the town. It is the most important landmark of the town.

This is also the case because of the grave of Otto I. the Great, German king and emperor of the Holy Roman Empire. Because of him and of the famous scientist Otto von Guericke the city calls itself Otto-Stadt (“Otto town“). The cathedral is rich in art and shows for example the statue of Saint Maurice – the first depiction of an ethnic African in European art.