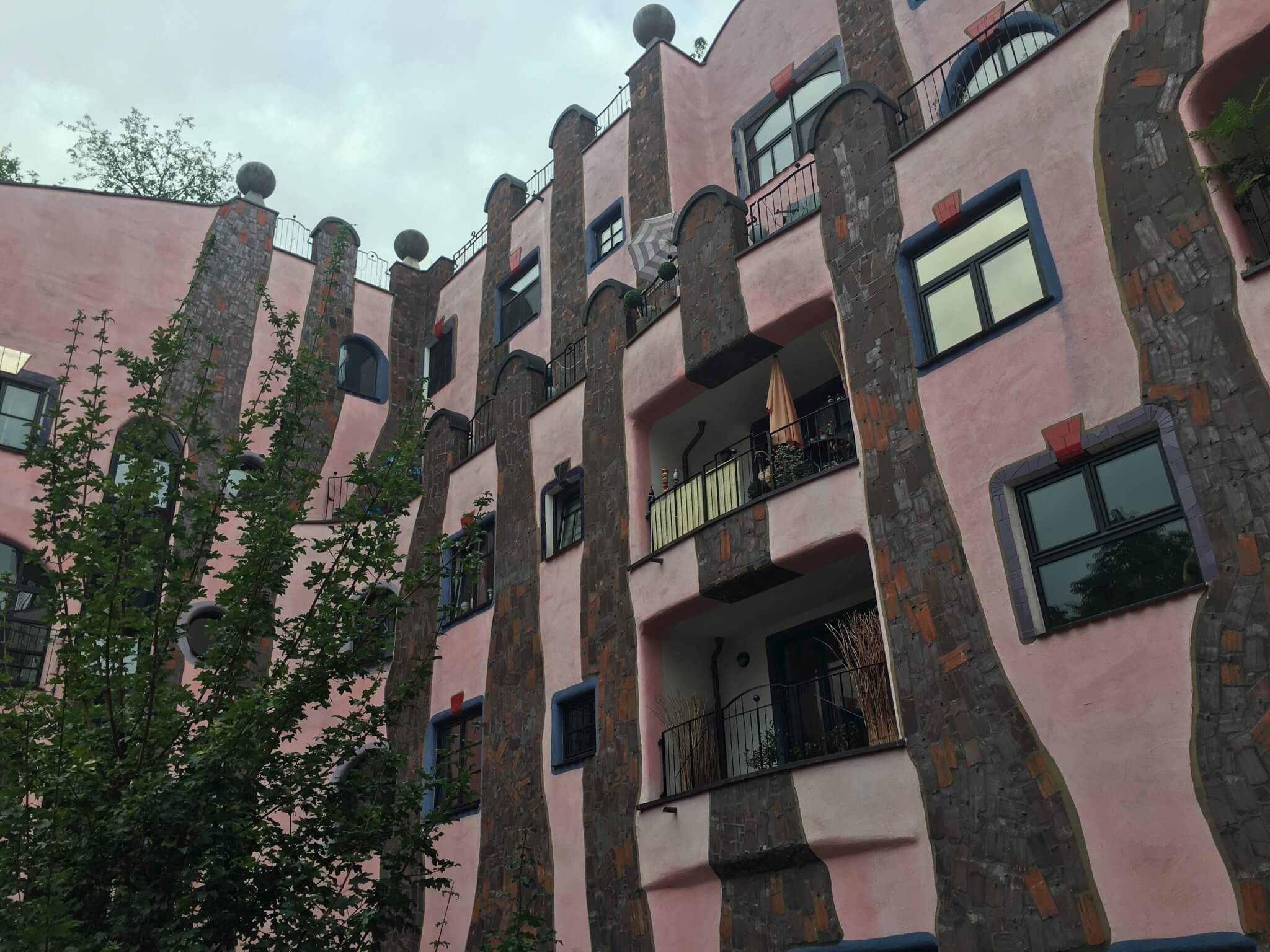 When children were asked to paint their dream house, a girl painted a boot. And the chairman of a local housing society was told by his grandchild that if he would build such a house, every child would want to live in it. That is why he contacted the famous Friedensreich Hundertwasser who sent out employees that looked at the Breite Straße in Magdeburg, Germany and decided that this place would by ideal to realize Hundertwassers ideas.

Therefore in 2005 the green citadel has been built and is nowadays a town’s landmark of Magdeburg. It became the last project of Hundertwasser, he never saw it in reality. Within this building you can find flats and a hotel, restaurants, shops and a theatre. It is an easy 12 minutes walk from the main railway station and it is located directly at the cathedral and the art museum. The tramway stops in front of it. It is a nice place to stay and a good starting point for a visit to the city.