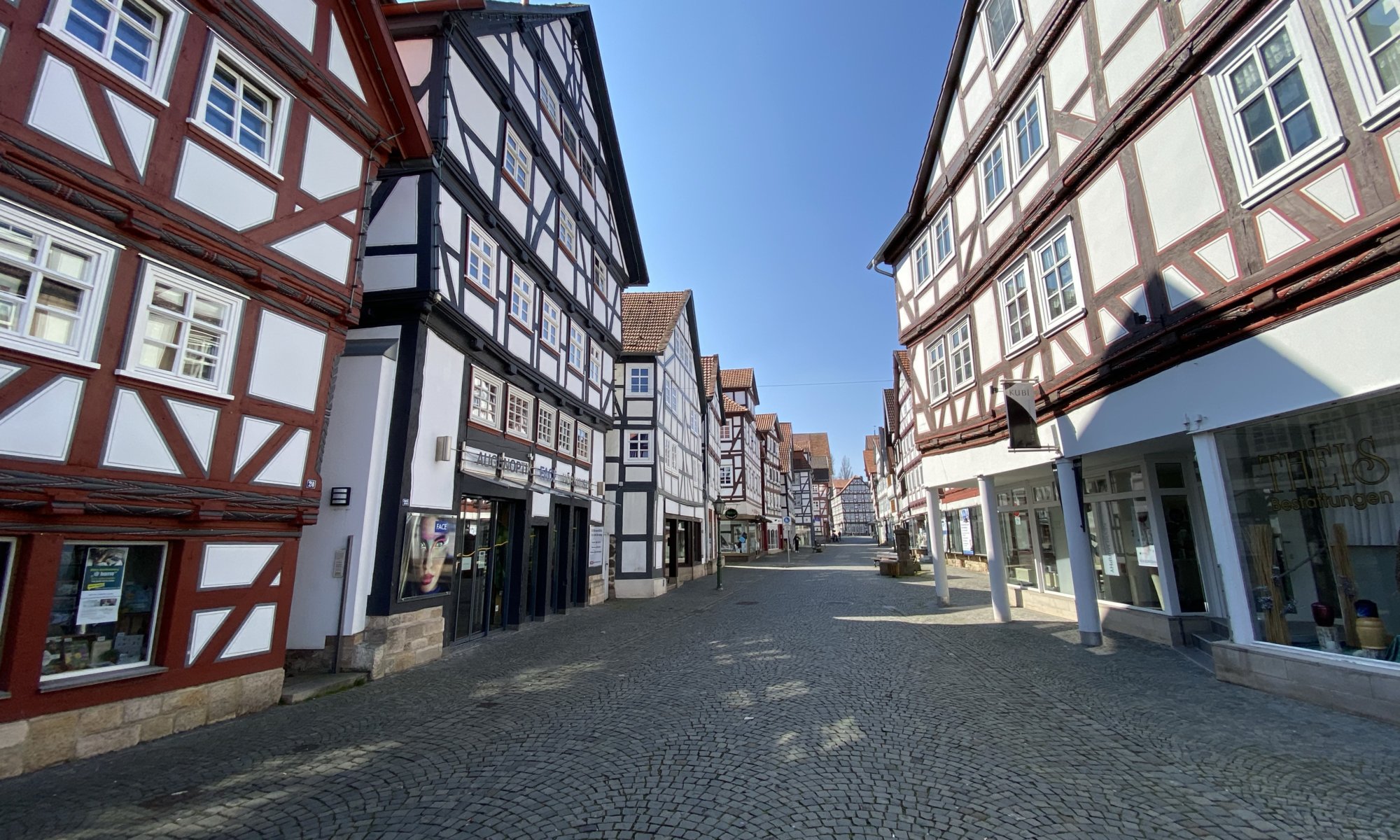 While the historic city centre of Kassel, Germany has been fully destroyed during World War II there are some nice old cities around it. The most obvious is for sure Hann. Münden in the north, but there is also Melsungen in the south which is worth a visit. It was mentioned first in the year 802 CE, is located at the river Fulda and contains many beautiful half-timbered houses. A very good example of this is the historic town hall. Worth visiting are also the castle and the Stadtkirche; most iconic is the Bartenwetzerbrücke next to the city centre.

A majority of the people at Melsungen was living from cutting wood and they used the sandstone of the bridge to sharpen (‘wetzen‘) the blades (‘Barten‘) of their axes (the remains of this you can still see today if you look weel). Melsungen is known for its handball club MT Melsungen playing in the first German handball league. Local specialities are those common in the area: Weckewerk and Ahle Wurst. Most important company is B. Braun selling pharma and medical products. You can get to Melsungen by bike from Kassel (using bicycle path R1) or by RegioTram 5 going from Kassel-Wilhelmshöhe and Kassel Hauptbahnhof to Melsungen-Bartenwetzerbrücke – a stop directly next to the iconic bridge.