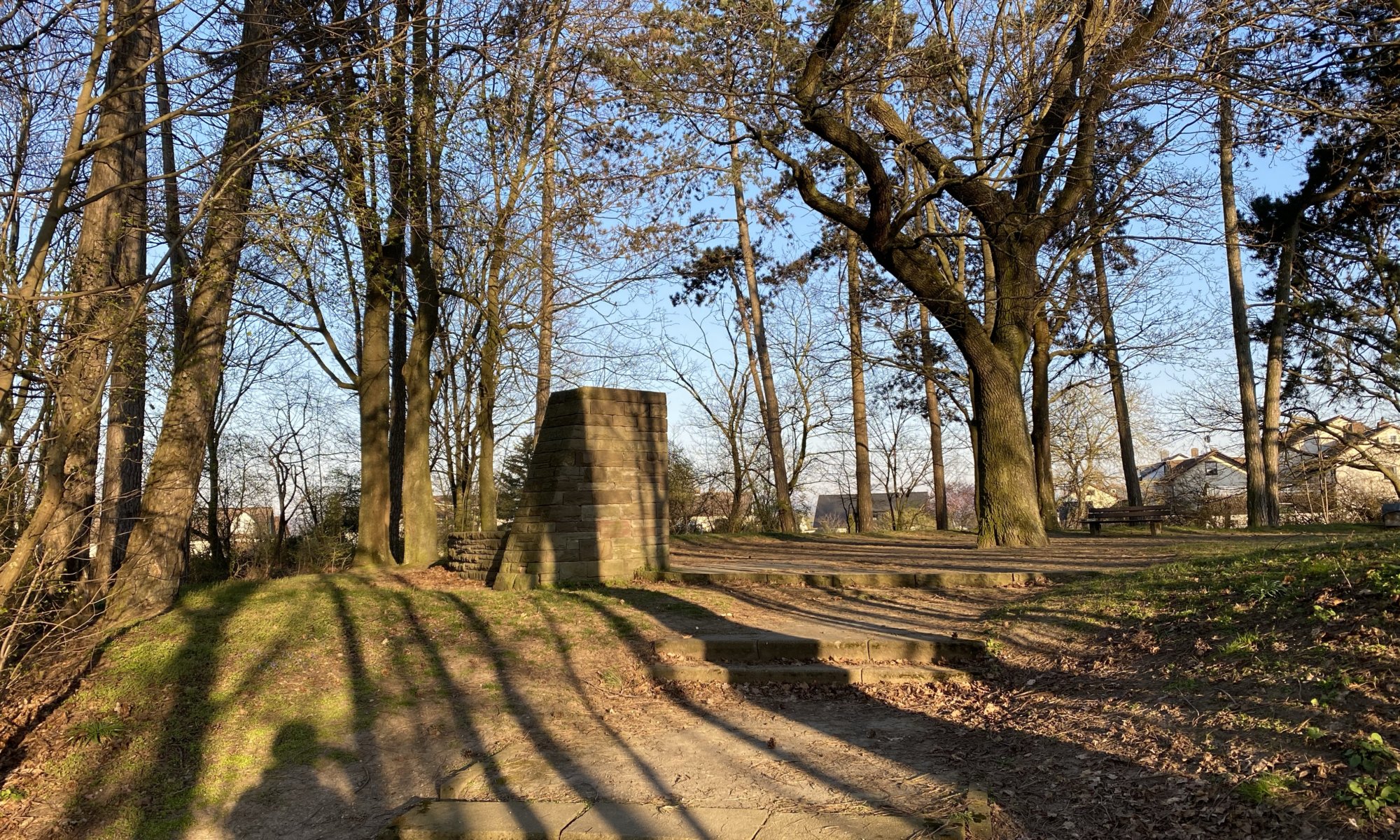 The Warteberg is a 229 meters high mountain in the city quarter Philippinenhof-Warteberg of Kassel, Germany. Living there must be nice and painful at the same time: because of the great views you can have, but I wouldn’t want to climb up this mountain every day; I totally underestimated it. It is located in the north of the city directly at the border to Vellmar. On top, you will find a small park where you can sit down between trees and have a relaxed look at the valley of the river Fulda.

The residential zones around were created in the 1930s and the 1960s – the latter was mostly inhabited by refugees from the Sudetenland and today’s Poland. It was named the Adam-von-Trott-zu-Solz-Siedlung and there is also a nice memorial for him hidden between trees. Adam von Trott zu Solz was a member of the resistance against Nazi Germany and went to school for some years in Kassel (before he was sent to Hannoversch Münden, where the square in front of the railway station is named after him). He was arrested, ‘judged’ by the Volksgerichtshof and executed at Berlin in 1944.