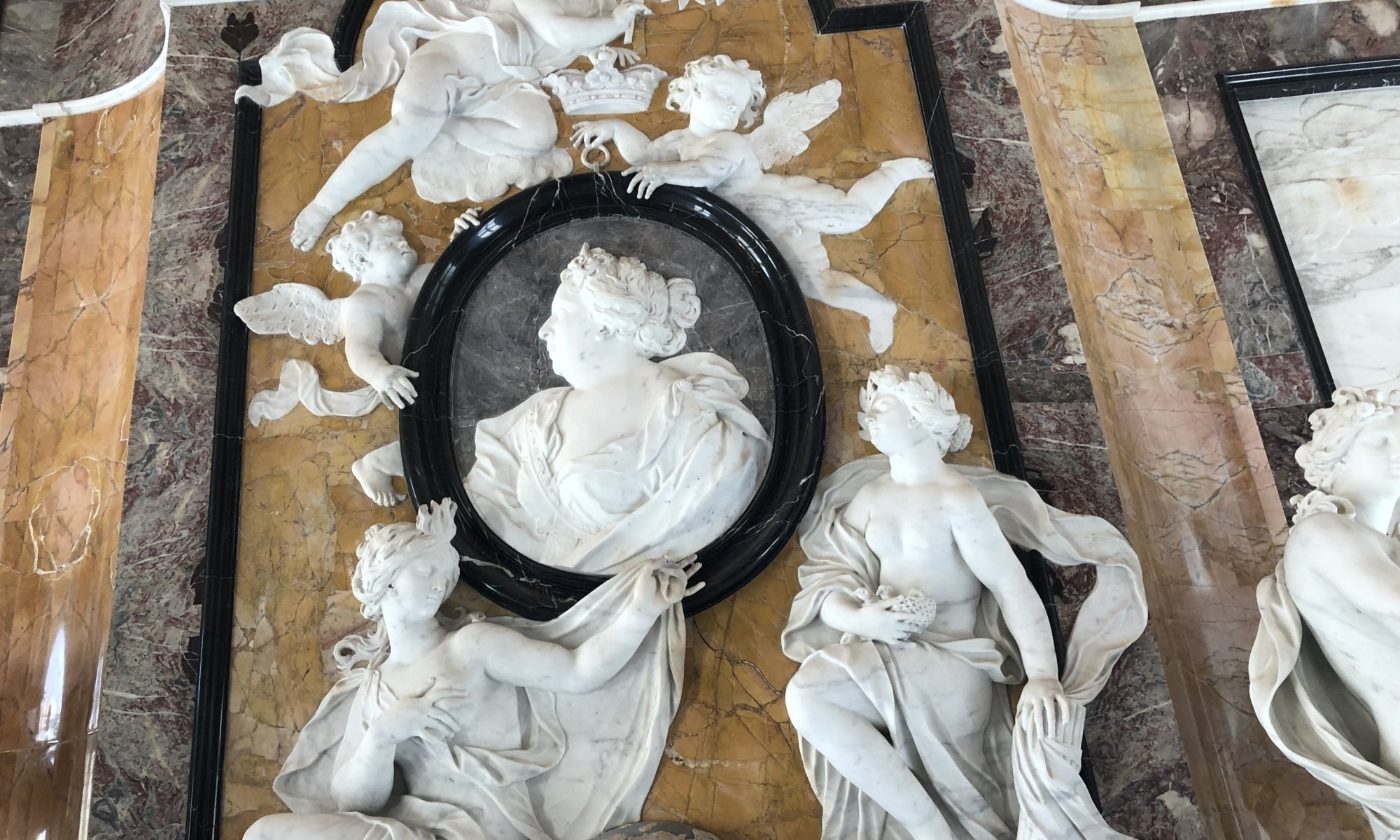 The Marmorbad is the last preserved representative bath in late baroque style. It is located in a building next to the orangery at the Karlsaue in Kassel, Germany. It was built between 1722 and 1728 by the order of Landgrave Carl of Hesse-Cassel. It has three floors and a pool at the center – but it was never used for its orginal purpose.

Most impressive are the decorations created by Pierre-Étienne Monnot. The sculptures and wall decorations show scenes from Roman mythology taken from the Metamorphoseon by Ovid. You can see the Marmorbad only in the summer season from April on. Just walk to the reception of the Astronomisch-physikalisches Kabinett within the orangery, buy a ticket and you will get an audio guide.