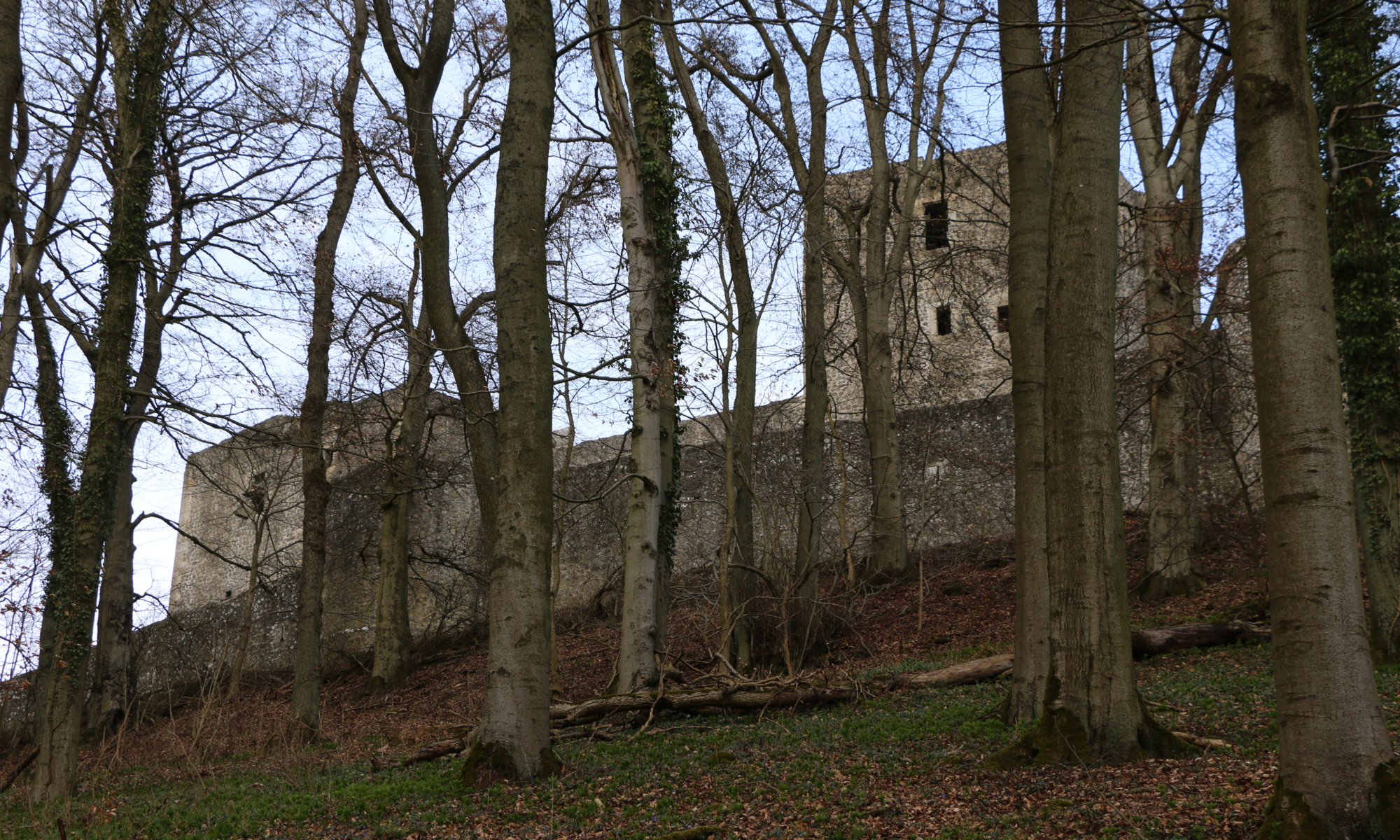 It is the largest castle ruin of northern Hesse and you can’t overlook it because it is located on the 492 meters high Weidelsberg mountain: the Weidelsburg at Wolfhagen, Germany. It has been built somewhen around the year 1111 CE and was important because of its strategic location between the landgraviate of Hesse, the electorate of Mainz and the principality of Waldeck. From the 16th century on it was not used anymore and became a ruin.

The castle ruin is freely accessible and you can explore it on your own. There are paths around the towers, you can get inside one of them on two levels and within another one there are stairs that lead you up to a platform from which you have good views on the area surrounding it. There are even toilets and a bar that is sometimes open. For such a place you would normally have to pay an entrance fee – but the Weidelsburg is maintained by the state and supported by a private association that collects donations.

You can get there easiest by car, just enter ‘Weidelburgstraße, Wolfhagen‘ in your navigation system. When you enter the village Ippinghausen (belonging to Wolfhagen) you can already see the car park underneath the castle. From there it is an 800 meters long walk steadily up the hill. It’s sudatory but the path is in very good condition. As an alternative there is also a zig-zag path which is more natural but less easy to take.