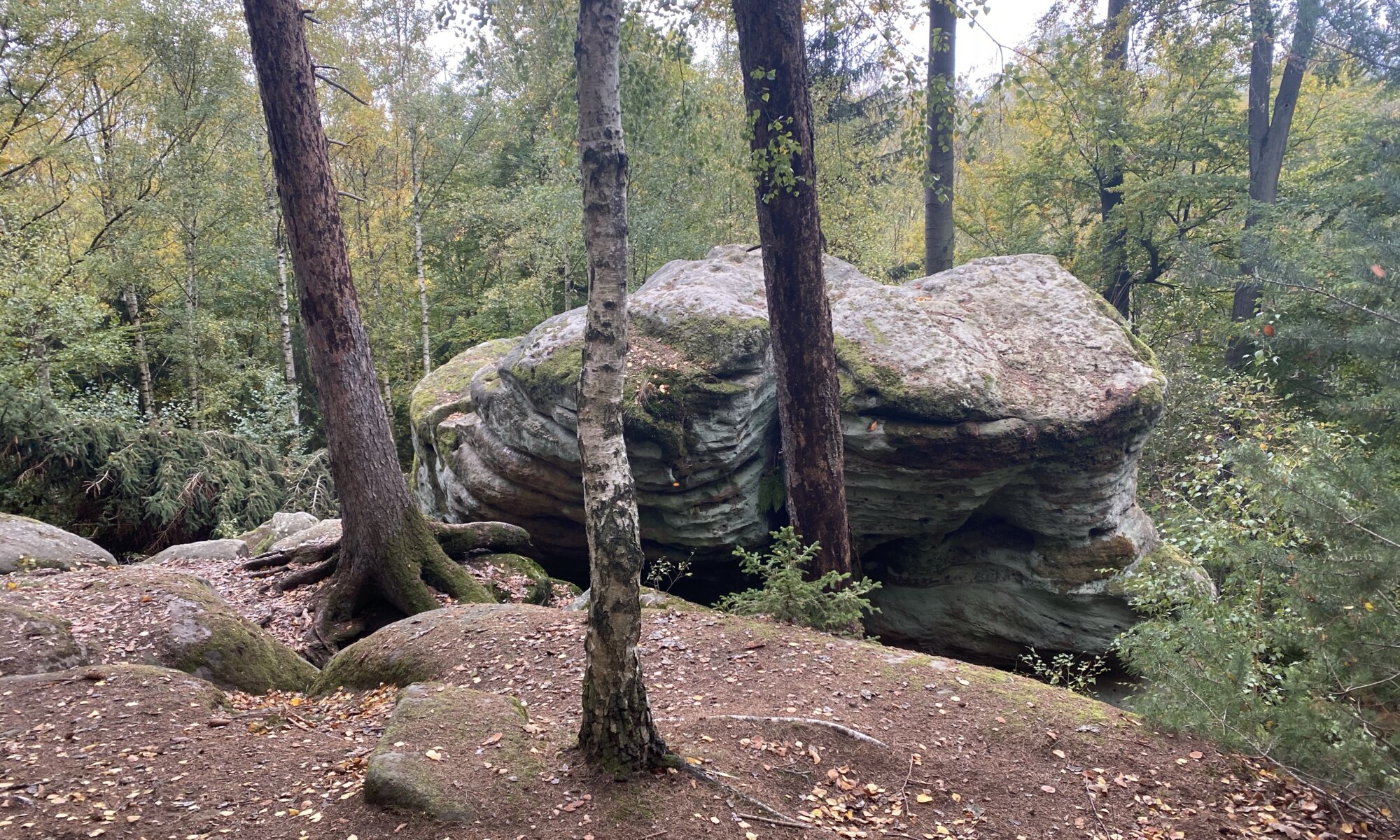 Yes, it is just a giant rock in the middle of a forest at Naumburg, Germany, between Altendorf and Heimarshausen on the Ziegenrück mountain. But it is a really impressive one! It is nine meters high and consists of sandstone. Formerly there was a wooden bridge on which you could climb onto to stone (some remains are still visible) and there is also a small cave carved into the stone.

A legend says that the giant Goliath wanted to destroy the Weidelsburg castle but didn’t throw the stone well. That is why he set down on it and cried. You can find the stone best if you come from the South (from Heimarshausen) – different small paths lead to the place. The final meters are marked by signs.