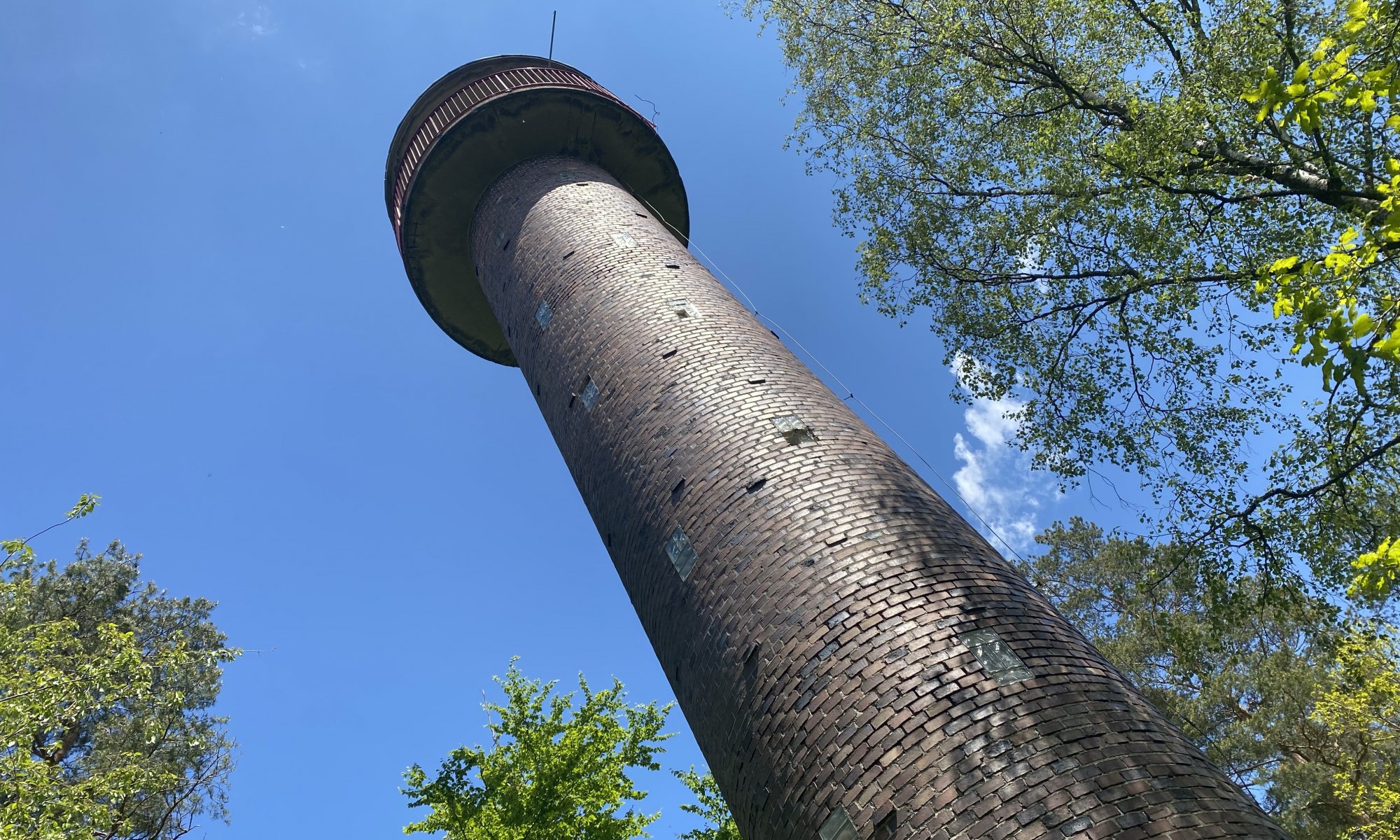 If you’re travelling towards the Ofenberg mountain at Wolfhagen, Germany, and don’t know your target yet you might get a little bit afraid. The first thing you will see is the steep and high Isthaberg mountain and you might think: ‘That’s not what I’ve agreed to‘. But don’t worry: the Ofenberg is also steep but not as horrible as this vast mountain.

The tower on top of the Ofenberg was built in 1963 and 1964 by the Verkehrsverein and was inaugurated with a party on the 26th of July, 1964 – that’s what a plague attached to the tower says. It is 17 meters high, very solid and inside a little bit shabby – but when you’ve taken the 101 steps to the top you can enjoy wonderful views on Wolfhagen, the Isthaberg and over to the Weidelsburg castle.

You can access the tower for free and around the clock. Underneath there is a restaurant called Wolfsschänke which is currently only irregularly open. Both are accessible by car but you can also climb up from the city – the ascent starts close to the stadium.