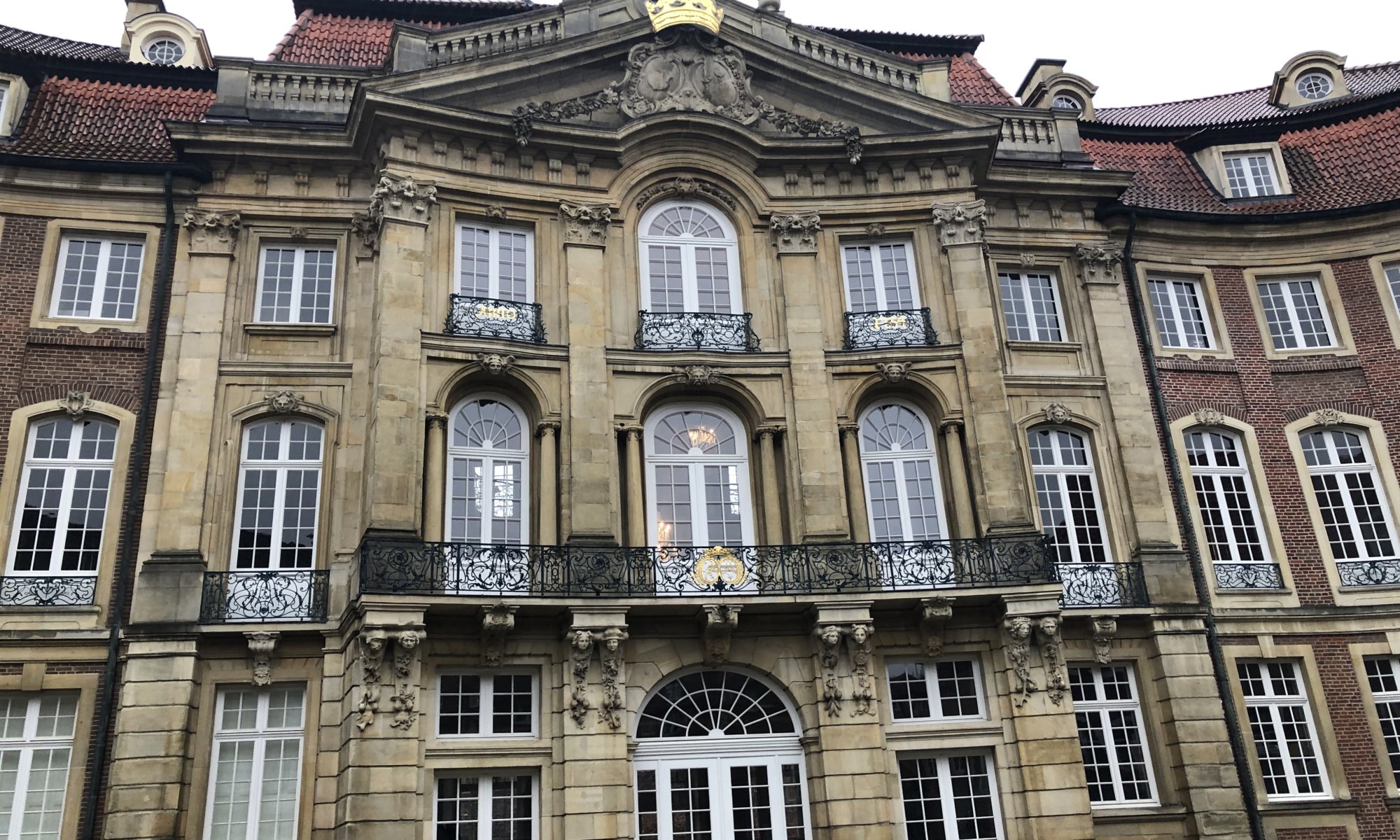 The Erbdrostenhof at Münster in Westfalen, Germany is one of the most impressive buildings of the city. And that is also what it should be because it was the home of Adolf Heidenreich Freiherr Droste zu Vischering who – as an Erbdroste – acted as a deputy of the territorial lord in military, juridical and police-related things. The building was created from the year 1753 on.

It is a very representative building in baroque style and today used by the Landschaftsverband Westfalen-Lippe (LWL). Most people in Germany must have already seen the building as it has appeared in different episodes of the crime thriller series Tatort which is very famous and the episodes from Münster in Westfalen are somehow the most beloved – especially because of their main characters Thiel (Axel Prahl) and Boerne (Jan Josef Liefers).