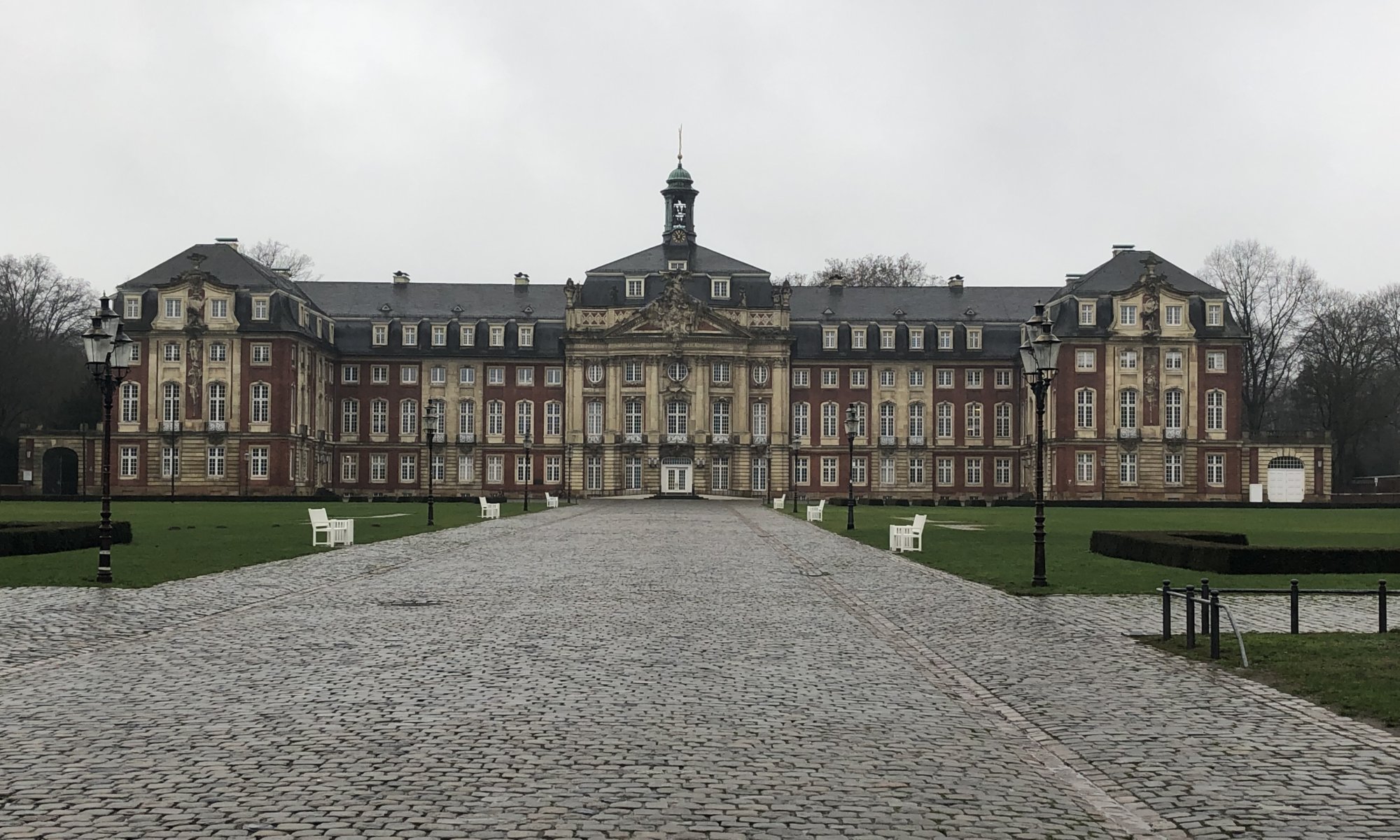 Maybe it is the most beautiful building of a German university: the Fürstbischöfliches Schloß at Münster in Westfalen, Germany. It was built from the year 1767 on in baroque style for the prince-bishop (‘Fürstbischof‘) Maximilian Friedrich von Königsegg-Rothenfels. The massively decorated and highly impressive building was destroyed to large extent during World War II. After the war British forces planned to tear it fully down but it could be preserved after massive intervention.

Since 1954 the Fürstbischöfliches Schloß is part of the university (‘Westfälische Wilhelms-Universität‘, WWU) and houses the head of the university and different lecture halls. You should not miss two things when you are here: first, the 18 chimes that play three times a day ten different German songs including ‘Die Gedanken sind frei‘ (Thoughts are free). Second, behind the building you can find the entrance to the wonderful botanical garden belonging also to the university.