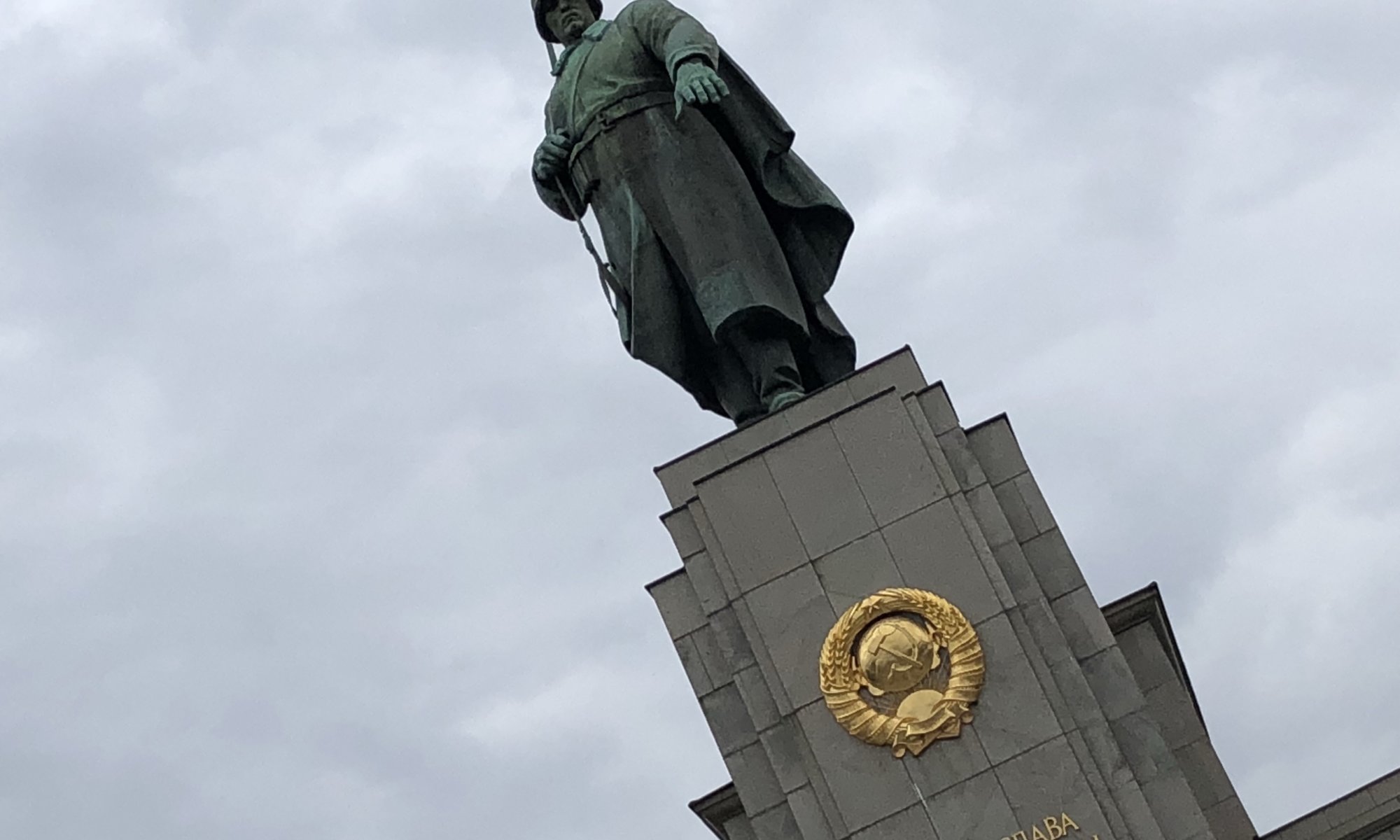 When the Red Army freed Berlin, Germany at the end of World War II (in April and May 1945) around 80000 Soviet soldiers lost their life. They have been buried there and different memorials throughout the city commemorate them. The biggest one is located in the Treptower Park, the one probably most often visited within the Großer Tiergarten.

I was sometimes wondering about the location of this memorial: it is located in the west of the city in the former British occupation zone. Soviet soldiers were securing it until the Berlin Wall was built – then British soldiers protected it. Until 1994 Russian soldiers were still standing there, afterwards it is taken care of by the city of Berlin. In front of the building you will find two cannons and two tanks used in the Battle for Berlin; behind the memorial 2000 to 2500 soldiers are buried.