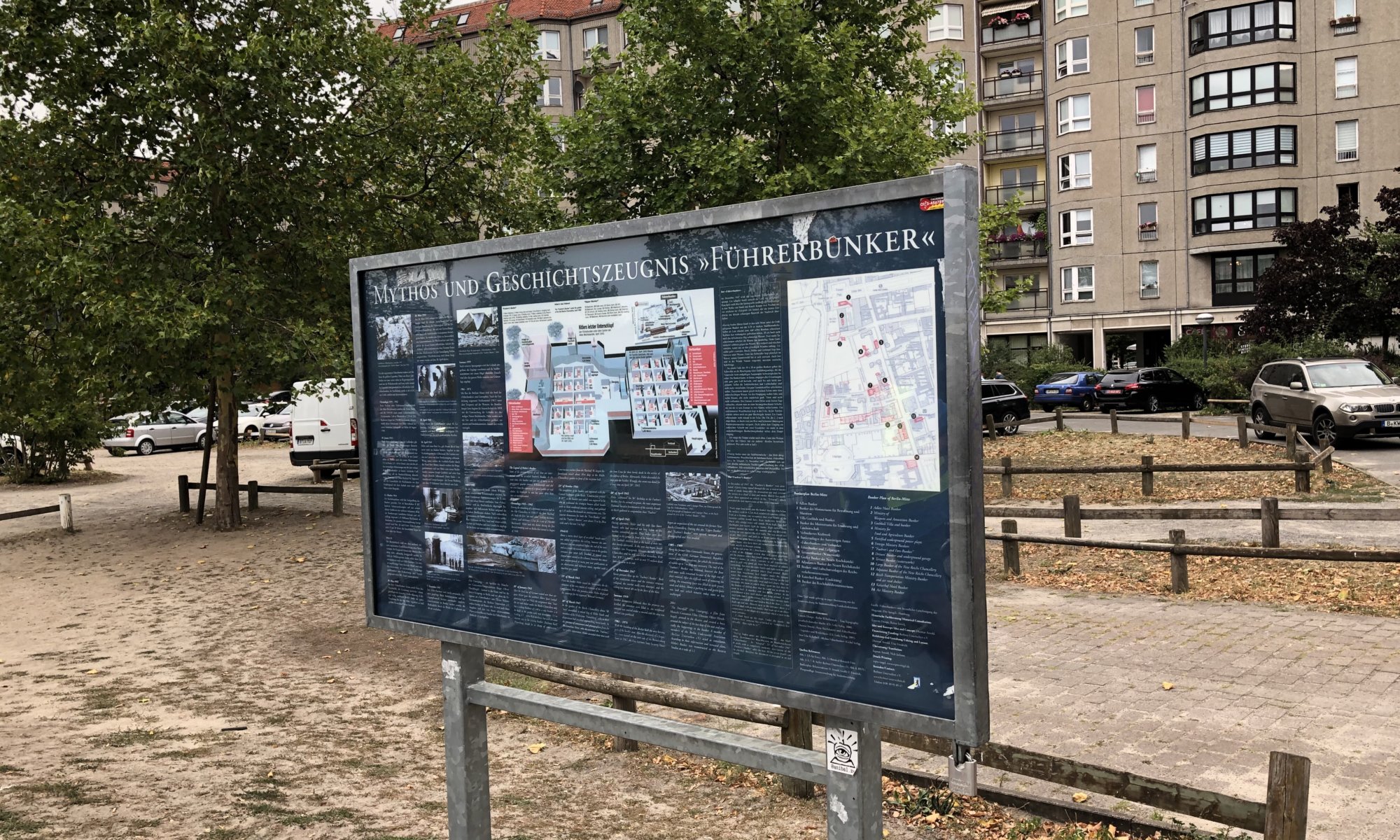 For many people it is interesting to find places where something historical happened. And sometimes I have the feeling that this is especially true when it is about dark times. For me as a German it feels a bit strange when people search for traces of Adolf Hitler – at the Obersalzberg, the Wolfsschanze in Poland or at Berlin.

You never know if it is pure interest in history or if someone follows extreme right ideas. There are unfortunately still a lot of strange people (from all around the world!) glorifying fascists. But how to handle those places tied to history? Sometimes they are preserved and explained, sometimes a memorial or museum is set up next to them.

The Führerbunker where Hitler was living at the end of World War II, where he committed suicide and was burned on the 30th of April, 1945 – it was simply filled. Today there is still just an improvised parking area on top. That is somehow good as it didn’t become a cult site for fascists. But I also like that a panel has been placed there in 2006 with additional explanations. Maybe it is the best way to handle this place.