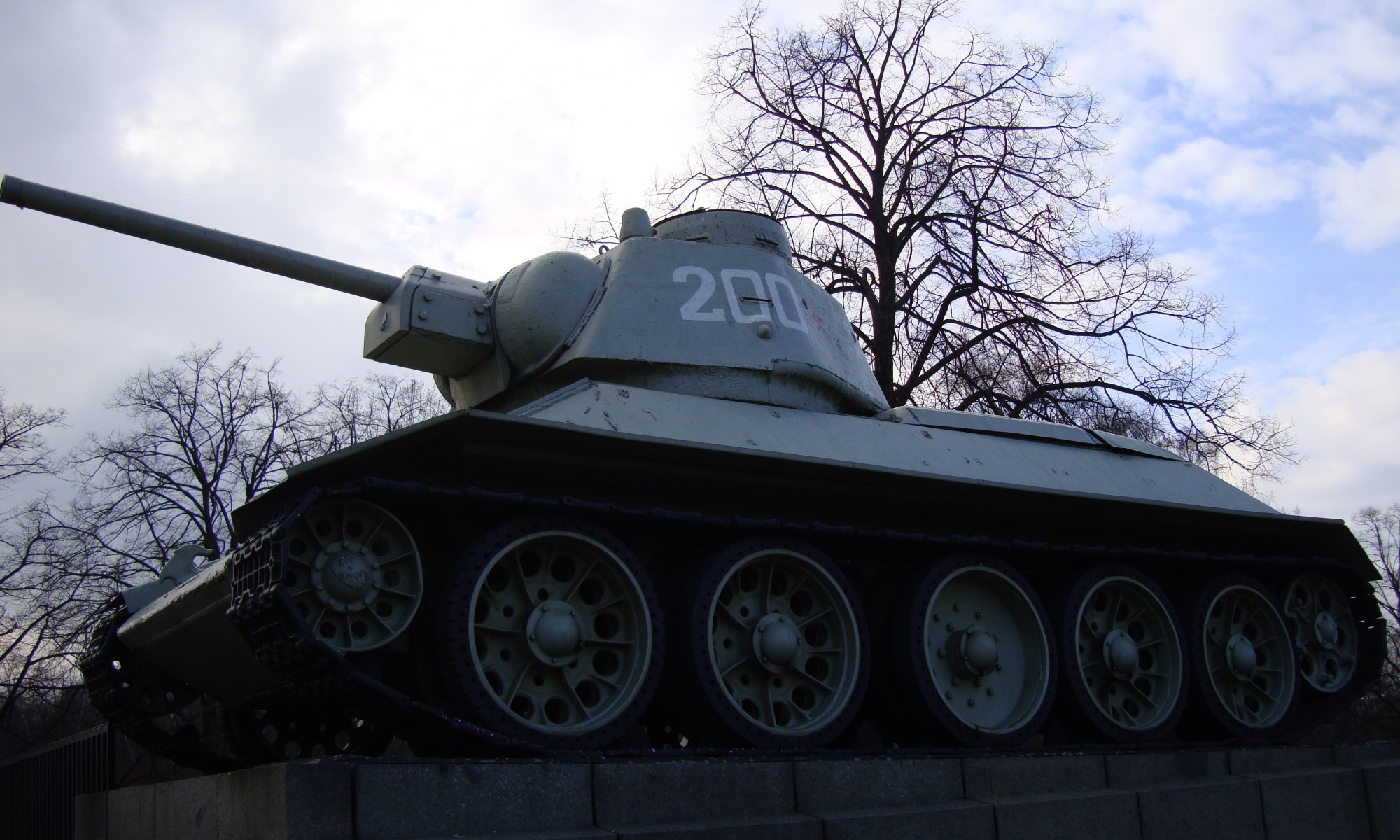 There are different memorials for the soviet soldiers who freed Berlin, Germany in World War II. The most important can be found in Tiergarten close to the Reichstag (west) and in the Treptower Park (east). The latter is the most important one.

It was finished in 1949 and shows a statue of a soldier with a child and a destroyed swastika. It is 30 meters high and surrounded by the graves of 7000 of 80000 soviet soldiers that fell for freeing Berlin. It is quite similar to those memorials in Eastern Europe, like that one in Bratislava, Slovakia.