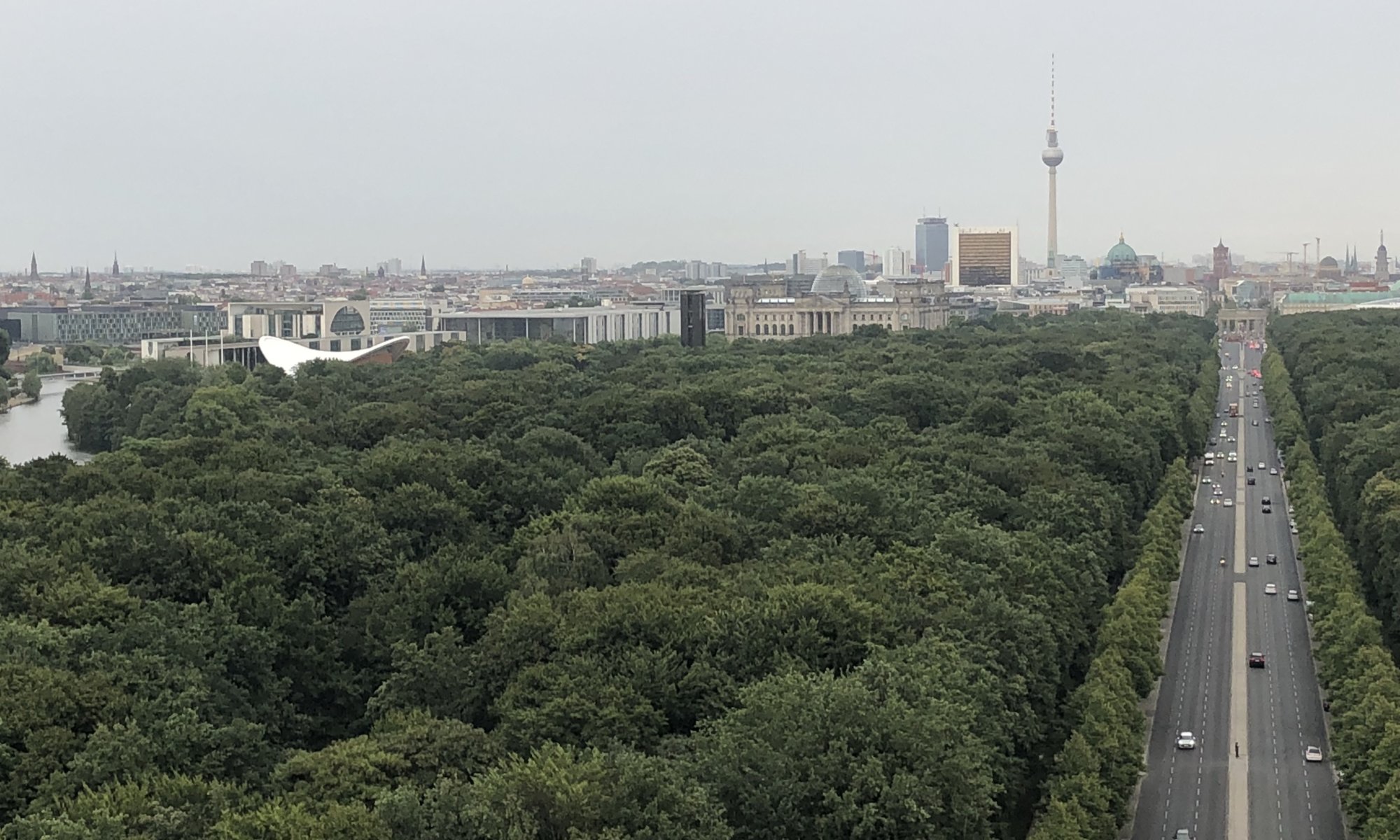 The 67 meters high Siegessäule is an iconic memorial in Berlin, Germany. It was built between 1864 and 1873 to commemorate the Prussian victory in the wars against Denmark, Austria and France. On top a large golden statue of the Viktoria is standing which is also called Goldelse by the locals.

The Siegessäule was once standing on the Königsplatz (now called Platz der Republik, where the Reichsstag is located). It was moved between 1938 and 1939 to the Großer Stern – a roundabout on a road crossing the Tiergarten. Today you can use four buildings to get one floor down and pass under the road to the memorial.

For a small entrance fee you can enter the building and see an architectural exhibition in the basement. Then you can get up one floor and walk around the monument behind columns and see large mosaics. A very narrow spiral staircase then leads you 285 steps up to the feet of the statue where you have nice views on the Tiergarten and the city skyline.