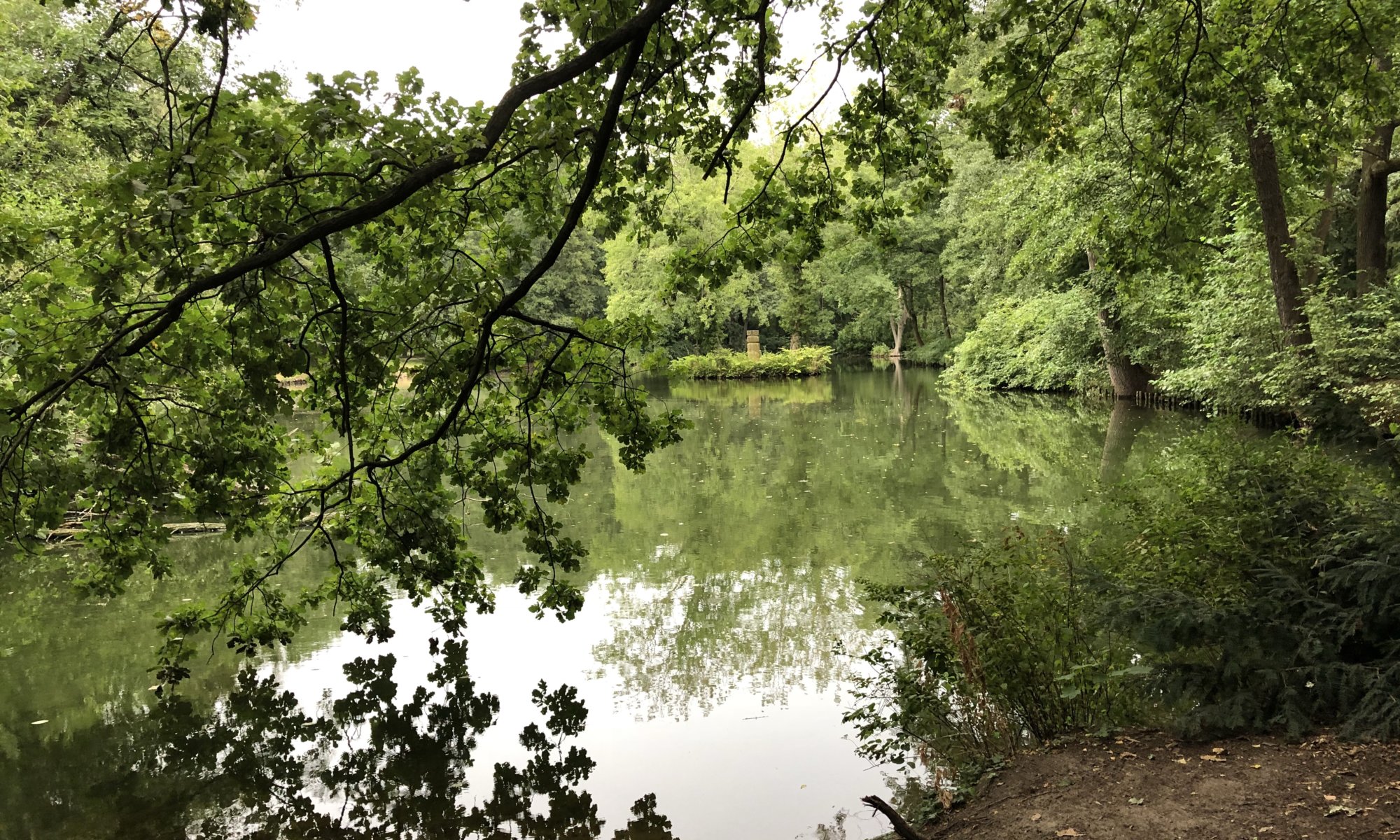 The word ‘Tiergarten‘ refers to two different things in Berlin, Germany: a city quarter and the vast park west to the Brandenburg gate – better called ‘Großer Tiergarten‘. It is 210 hectares large and some streets cross it. It was created in the 16. century as a hunting area for the king; therefore it’s name.

After World War II the trees were used for heating homes and the then empty area was used to plant potatoes. From 1949 to 1959 the Tiergarten was restored. Today you can find here the Siegessäule on the Großer Stern (where many roads meet in a star shaped way) many monuments in and around: for the Jews, Sinti, Roma, homosexuals threatened and killed by the Nazis and also for Rosa Luxemburg and Karl Liebknecht.