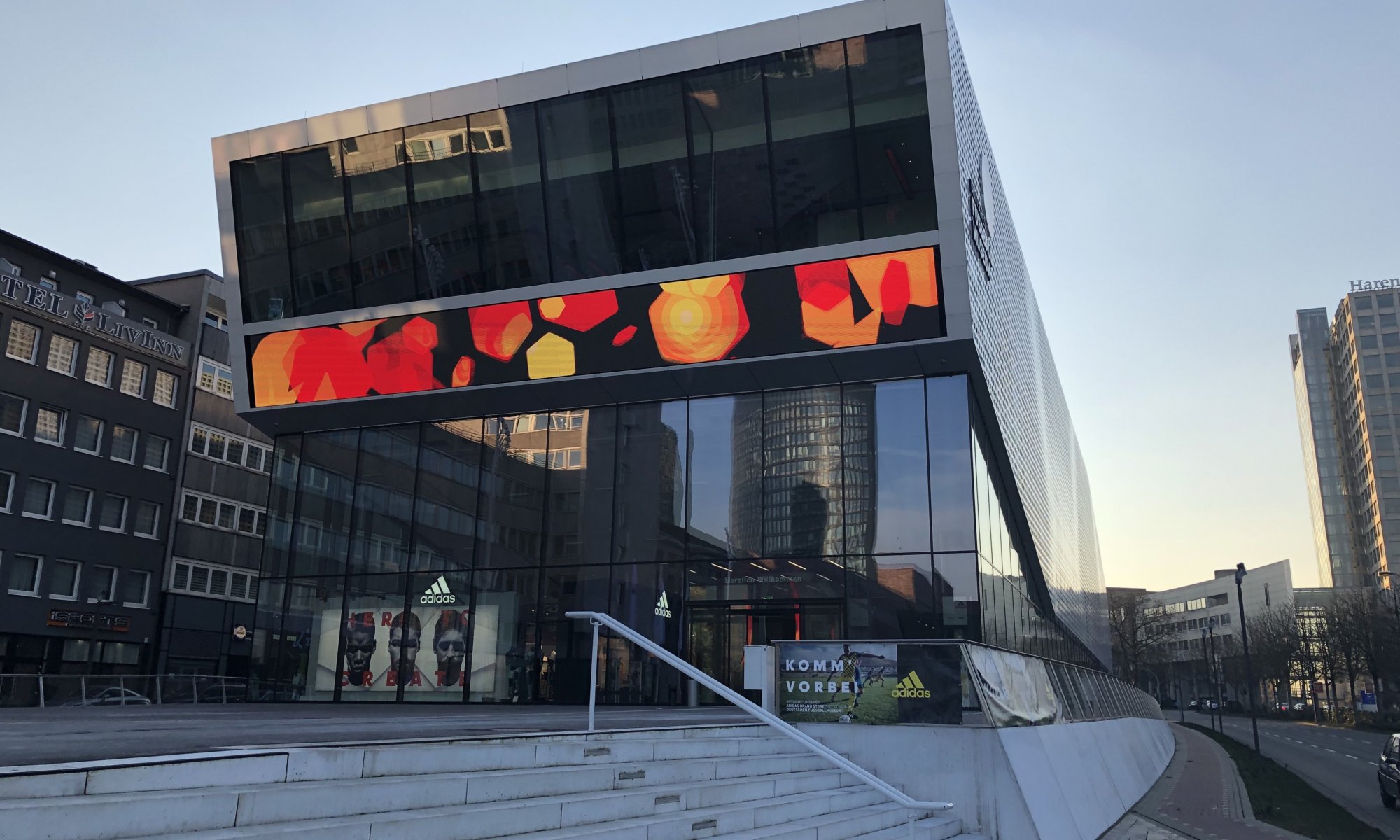 The soccer world championship 2010 in Germany created enough revenue and therefore the German football association (DFB) decided to create a national soccer museum – the Deutsches Fußballmuseum. Dortmund, Germany was selected to be the best location and it opened its gates in 2015.

The museum is located on the grounds of the old bus station directly in front of the main railway station of Dortmund. If you pass by train you will see it, if you want to get there you can’t miss it. It is divided into three sections on three levels; first half, second half and additional time.

The first section in the top level of the museum is dedicated to the male national teams of the two German states and the current women’s team. It begins with the world championship in 1954 (the “Wunder von Bern“, Germany defeating the dominant team Hungary with 3:2). Then you can travel through time via 1974 (Germany winning 2:1 against the Netherlands in München, Germany) and 1990 (successful final against Argentina, 1:0, Roma, Italy) to 2014 (Germany’s last title, 1:0 against Argentina in Rio de Janeiro, Brazil).

Meanwhile you can learn a lot about history and specific persons and play some knowledge-based games. Then you have to walk down one level (elevators available) and will find the treasure room with the cups of all world championships and European championships Germany won. The rooms afterwards are dedicated to the Bundesliga and are very entertaining.

You can learn more about the league and the clubs within. As the last element in the museum you can enter the coach of the national team in 2014 and sit in the seats of the Mannschaft. Buy tickets in advance online – they are significantly cheaper there. After buying a ticket directly there and seeing the prices at the included shop I felt a bit uncomfortable. Wasn’t soccer the game for the masses?

One Reply to “Soccer history”