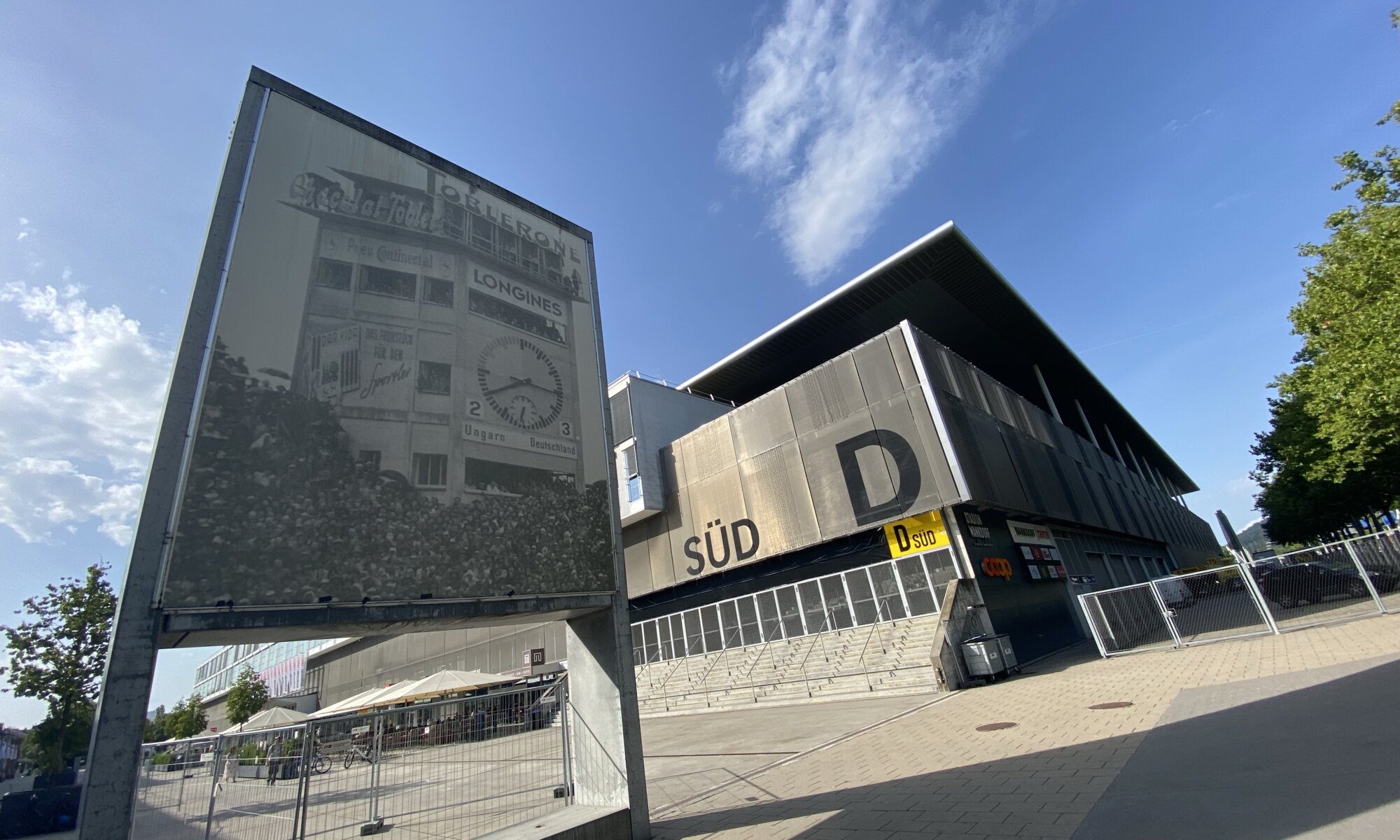 The Wankdorfstadion at Bern, Switzerland is a modern soccer stadium and home to the club BSC Young Boys. It is located in the city quarter Wankdorf, was built in 2005 and today it is known under the name Stade de Suisse. 32,000 spectators can watch soccer matches there. But to be honest, the new stadium is not the reason to visit this place – it is rather the old stadium once standing there between 1925 and 2001.

The old Wankdorfstadion was the place where the final match of the world championship 1954 was played. Hungary – an extraordinarily strong team by that time – had to play against Germany, a nation defeated in World War II just nine years ago. A country reduced in size and still occupied. German striker Helmut Rahn achieved the final 3:2 and made Germany winner of the world championship. This match is still today referred to as ‘the miracle of Bern‘ and sometimes seen as the real birthdate of the Bundesrepublik Deutschland.

What is also still remembered intensively are the words spoken by radio reporter Herbert Zimmermann:

In front of the new stadium, you will find a large image of the iconic clock tower of the old stadium and a scene from the match between Hungary and Germany. A stone of the old stadium is today exhibited at the Deutsches Fußballmuseum at Dortmund, Germany.