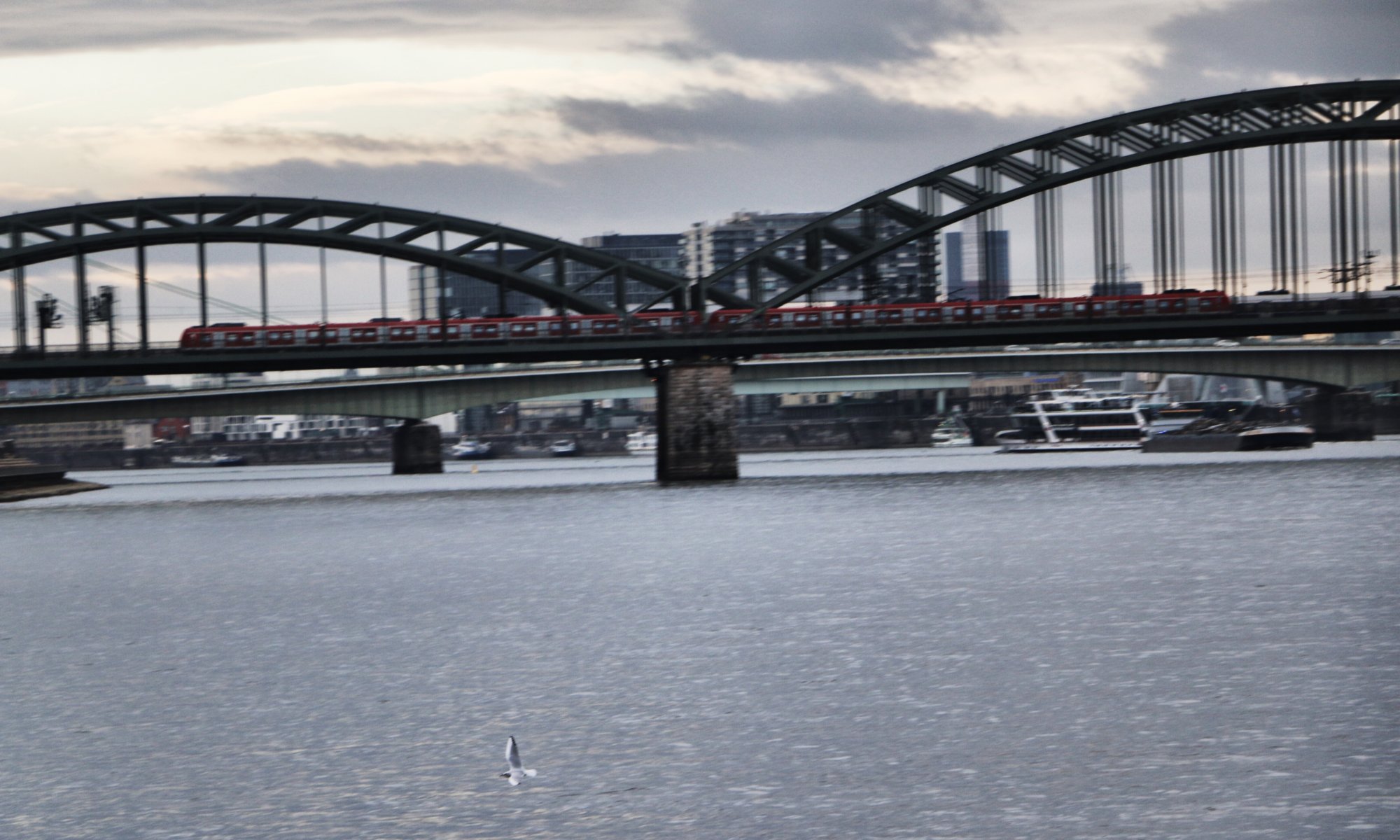 The Hohenzollernbrücke is an iconic railway bridge in Köln, Germany – directly next to the Kölner Dom and main railway station. It was built between 1907 and 1911 and partially destroyed by the Wehrmacht in 1945. Before that it also had a section for cars. When it was rebuilt only lanes for pedestrians and bycicles where added on both sides.

The bridge spans river Rhein and 1200 trains pass it each day. It was once decorated by portals on both sides but these have been torn down. Remaining are the statues of Wilhelm I, Wilhelm II, Wilhelm IV and Friedrich III – all Prussian emperors.

From the year 2008 on the strange tradition of love locks swapped over from Italy. Couples buy a lock, write their names on it, lock it at a bridge and throw the keys into the water. Because of that 15 tons of locks are now attached to the Hohenzollernbrücke and you can‘t see the river Rhein from trains anymore.

One Reply to “Hohenzollernbrücke”