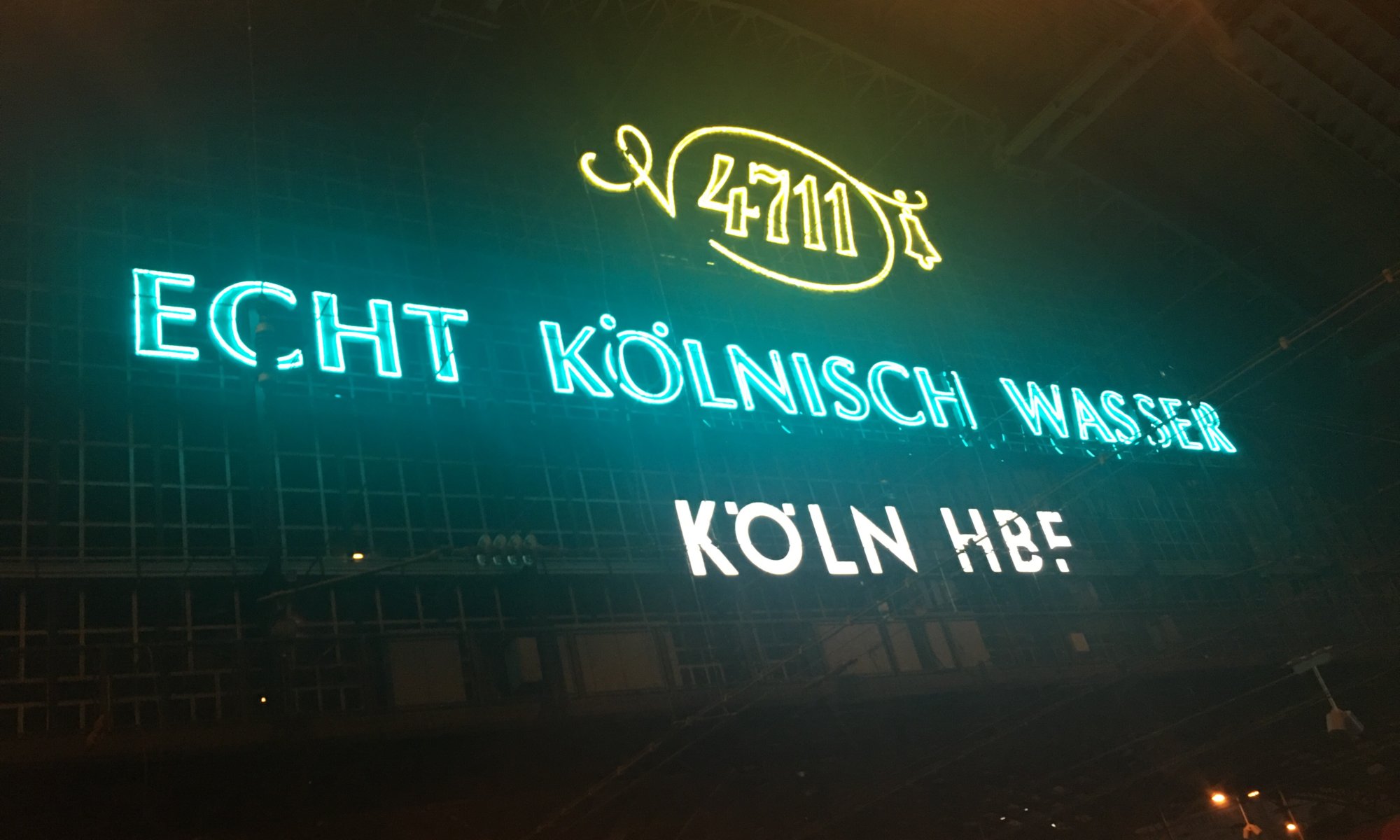 The main railway station of Köln, Germany is visited by 280.000 travelers every day and is therefore #5 of all German railway stations. It is special because it is located directly next to the cathedral and you‘ll already have stunning views when leaving the building. It has been opened in 1859 on the grounds of the former botanical garden.

Köln Hauptbahnhof was once a very beautiful building created in the style of St. Pancras station in London, United Kingdom. It was destroyed in World War II to large extend and later replaced by a rather plain building. Next to the front entrance (cathedral side) you can access the underground station for the tramways. At the rear entrance (Breslauer Platz) is the stop for the local and long-distance busses – but there are not too many going from here.

Two things that often cause trouble at Köln Hauptbahnhof: first, there is a second station on the other side of river Rhein. Directly after crossing the Hohenzollernbrücke there is the railway station Köln Messe/Deutz. Some trains only stop there – check your ticket.

Second, the lockers have been replaced by an automatic system. That’s nice because you don‘t have to search for a locker – but putting away and retrieving your luggage can cost a lot of time if you get there in (rather unpredictable) peak hours. I once had to wait 15 minutes and was close to miss my train.