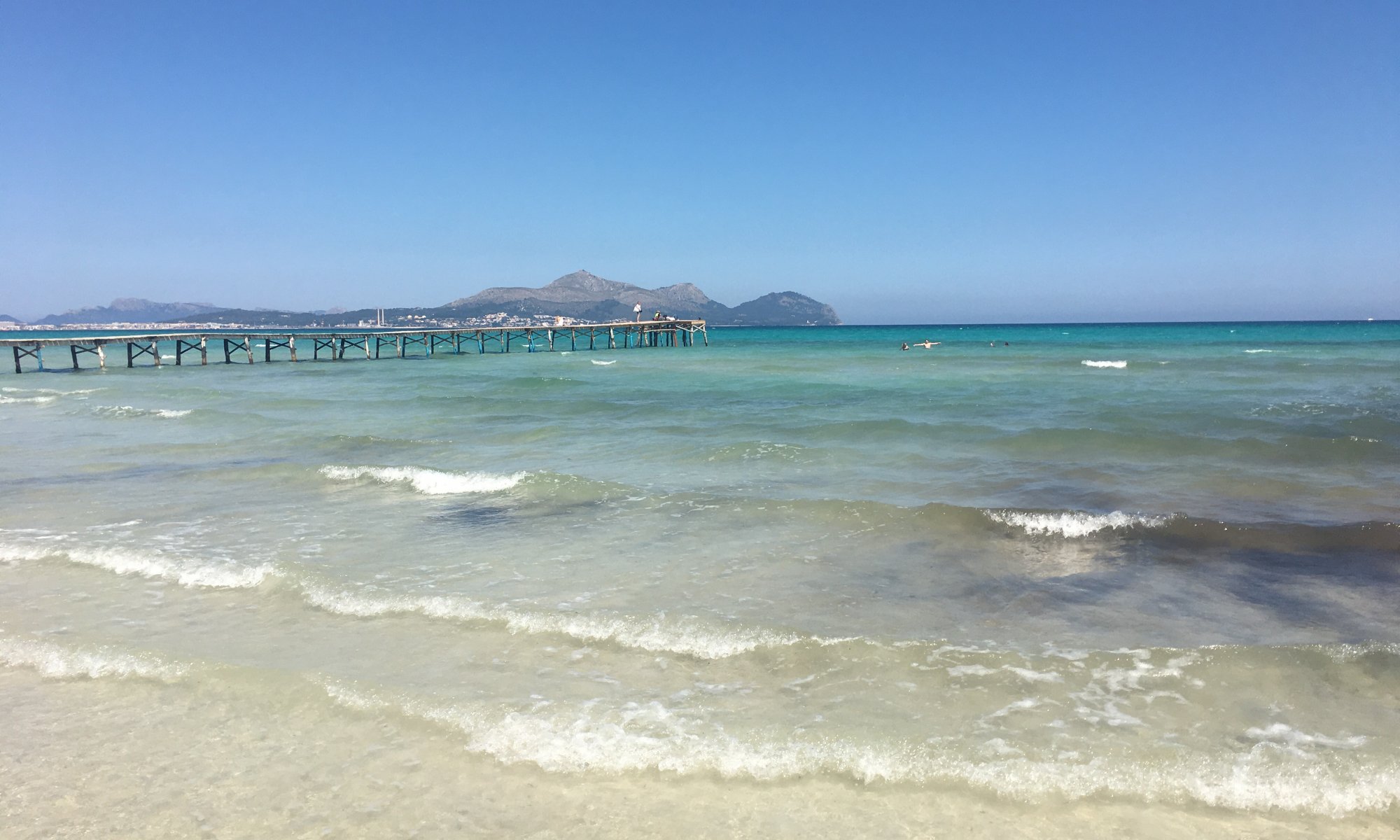 I always said that I would only go to the island of Mallorca with children. It is a touristy place, nearly everybody has already been there, you don’t have a language barrier and it offers very good infrastructure. And now there was the time to book this trip as our young companion requested to have his first flight.

We woke up at 0:45 in the morning and found an exited kid in bed, already ready for adventure. The motorways were absolutely empty when we drove towards the airport of Hannover, Germany. We parked our car as pre-booked in the car park of the Maritim hotel directly at the terminal.

We had to wait some minutes for checking-in our luggage but security-checks were pretty fast so we had enough time to check the airport shop and get some breakfast. After a short 2.5 hours flight we reached the airport of Palma de Mallorca, Spain. But then the searching started: the travel agency had booked a cheap car from hiper and we therefore had to take a shuttle to Can Pastilla close-by.

We picked a Fiat punto that was great for driving the small roads in the mountains but had too little baggage space. Getting a children’s seat was easy and therefore we were fastly on the road to Playa de Muro where we checked-in at the four-star Iberostar Albufera Park hotel. We had a nice apartment with views on the sea, two separate rooms and a kitchen.

As I had booked “all-inclusive” for the first time in my life I had to find out which restaurants are on the grounds and where the bars and snack bars are located. We experienced that having a buffet restaurant is the best option as our five year old didn’t have to select on a menu but could simply walk around and see what he liked. Really relaxing for us.

The pools were still too cold at this time of the year but luckily there was also and indoor pool. The sea was maybe 50 meters away and great for building sandcastles. Nearly everybody there was travelling with children and every evening there was an entertainment program including a kiddie disco. Too sad that only at the end of the week we found out that our youngest likes this kind of shows.

During the week we typically had breakfast and then explored the island with our rental car. We came back for a late lunch, went swimming or played at the beach and then had dinner. All-inclusive gives you a tight schedule that structures your day well. First we took a nice trip to Cap de Formentor, the eastern end of the island.

Next day we took the road to Sóller and went with the tranvia to Port de Sóller. The next highlight was the fantastic Coves del Drac in Porto Cristo, something I haven’t seen before yet. Our last trip led us on the crazy road to Sa Calobra where we played at the Torrent de Pareis. A trip that was a bit too long because of the many bicycles but that give us nice views.

We were all sorry when we had to leave this nice and warm places. Our flight was again so early that giving back the rental car was an adventure. I had to drive to three different gas stations around the airport as the first two weren’t open yet. We already knew that the car rental station in Can Pastilla wouldn’t be open already, too.

Therefore we had to park the car in the one big multi-story car park at the airport and leave the car keys and the parking ticket in the trunk. Strange procedure but working well. The flight back with Condor worked again well, tired but happy we returned home. I guess we will have to return – maybe also to the same hotel – in the future. The children-friendly staff of that place contributed much to the relaxing vacations.