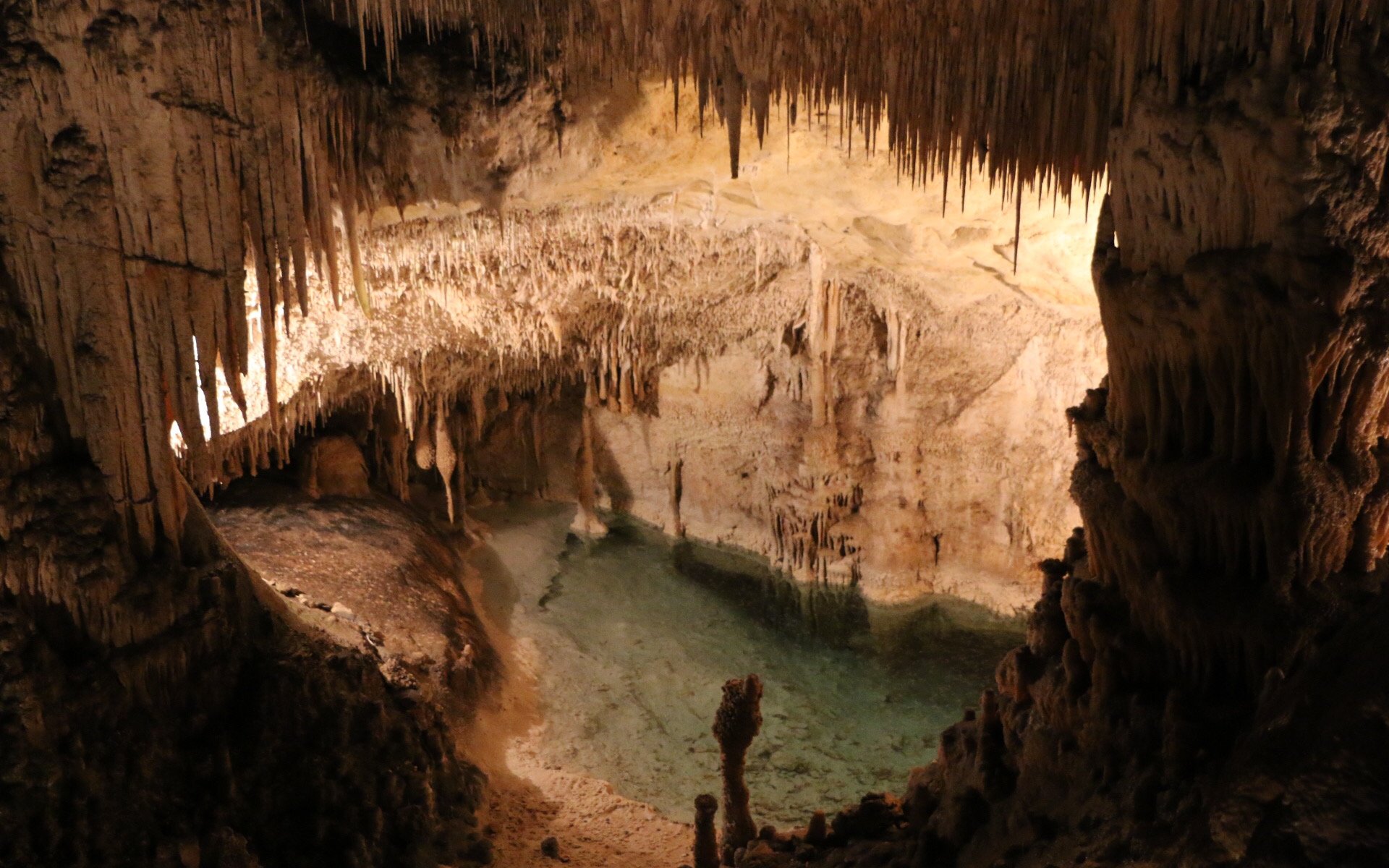 I’ve seen many flowstone caves in Germany but that one in Porto Cristo, Spain in the south of Mallorca is really special. Even though it is an absolutely crowded touristy sight it is worth a visit: because of the vast amount of stalagtites and stalagmites and the enormous length of the cave.

The Coves del Drac or Cuevas de Drach are known since 3000 years – but no one was brave enough to enter them. Only in 1339 a group of soldiers was sent into the cave of the dragon to search for the treasure of the Templers. In 1896 the scientist Édouard Alfred Martel discovered and documented 1300 meters of the cave – that is why the lake within is named after him.

In 1922 someone from the island bought the grounds above knowing that by law everything in the cave belongs to the person that owns the land with the entrance to the cave. He created paths and stairs. In 1934 a first concert of classic music was played there – and is now done every day.

If you arrive at the place there is a huge parking lot, a shop and a coffee bar. After buying a ticket for an hourly timeslot you can enter the cave to the full hour and walk unguided through the cove. The walk will end at a natural concert hall close to Llac Martel. Three enlightened ships with musicians will show and after three songs you can take a short boat ride on the lake.

A great experience! Maybe I will never see a flowstone cave of that size again. Prepare your camera with enough memory and energy – taking photos is allowed nearly everywhere without flash.