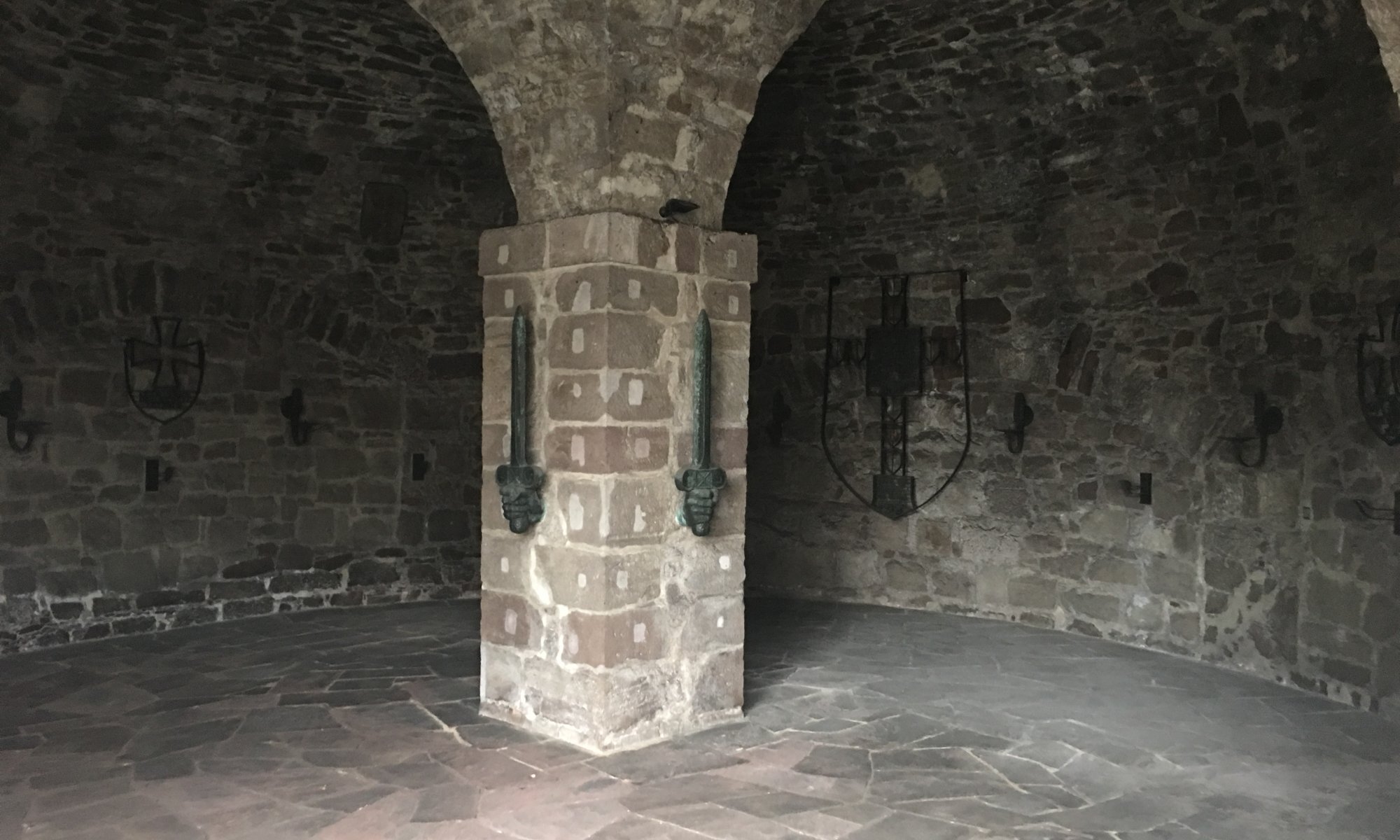 If you walk around in Hann. Münden, Germany you’ll come across the Rotunde – a big but rather low tower. It was one of the two towers of the upper gate (“Oberes Tor“) at the southern end of the city. The first written statement about this gate dates back to the year 1318.

Today you can look inside through a metal grid and see that it is a memorial for the fallen soldiers in the German-French war of 1870/1871 and the last two World Wars. In Germany there have been many disputes about those memorials because they glorify the soldiers and tell nothing about their deeds, reasons and consequences of war.

In my birthplace Göttingen, Germany many memorials have therefore received additional annotations. Not so in Hann. Münden: there a sign has been added to ask for forgiveness because of the Jewish victims. And on the reverse side a memorial for the victims of violence in general has been installed. Nothing more.

Next to the Rotunde you will find the associated guardhouse (“Obertorwache“) built in the 17th century. Attached to this you’ll find toilets that are closed. You wouldn’t want to use them anyway as they were never clean enough. Now there is the concept of the “Nette Toilette” – restaurants and shops that open their restrooms to the public free of charge show this at their frontdoor and therefore receive some money from the city administration.

2 Replies to “The Rotunde”