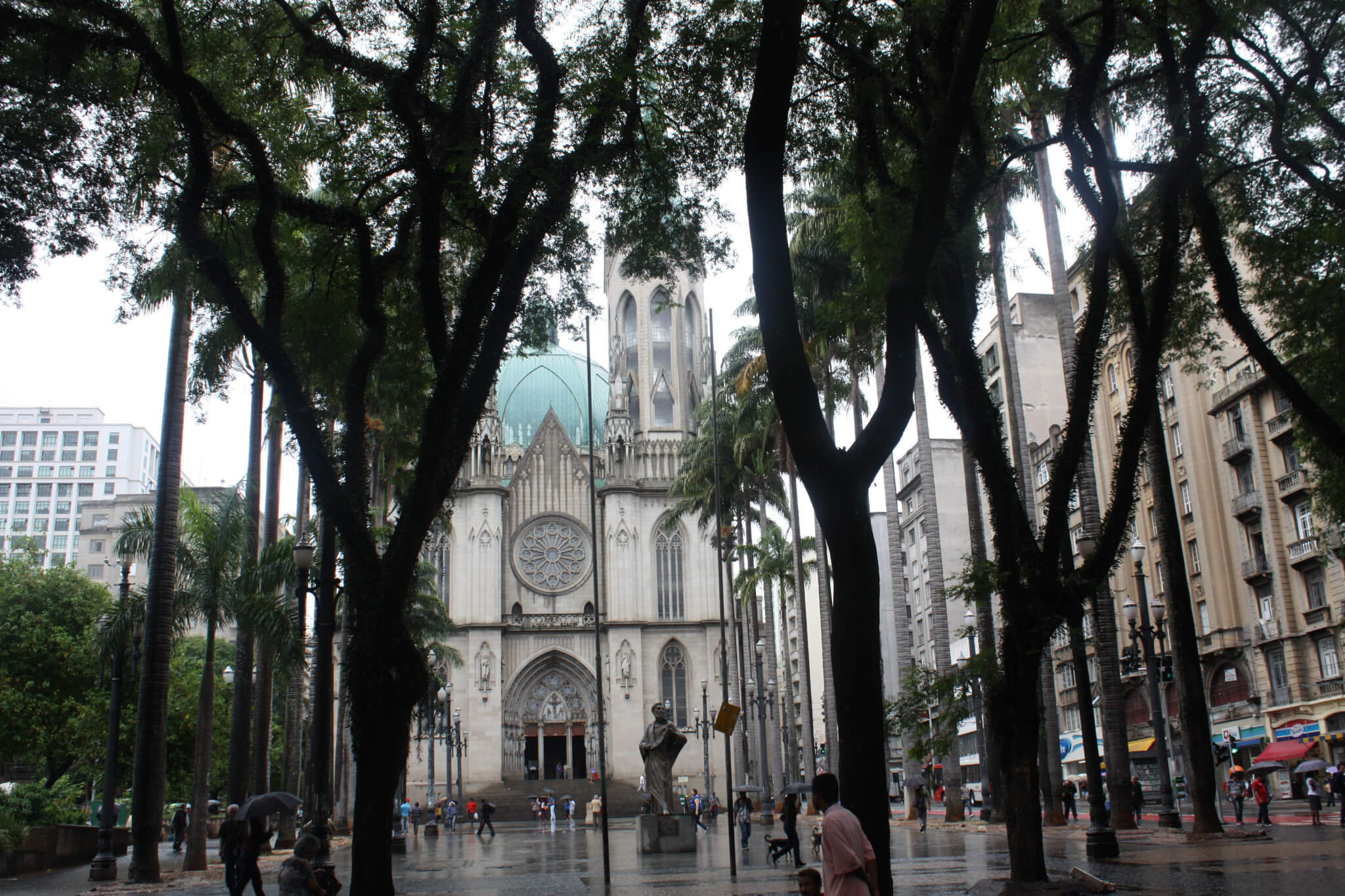 São Paulo is one of the biggest cities in Brazil und going by car into the town is quite an adventure. I wouldn’t say that traffic is as mad as in Marseille, but it is definitivly close to it. Especially the motorways around the city are special: Most times four lanes going parallel, then two surprisingly change their direction or cross the other two via a bridge. A miracle, if you arrive without getting lost at least once.

When you go by car to São Paulo, you shouldn’t try to enter the city center. Just park the car at one of the carparks and take the metro. You save a lot of nerves. Close to the crossing of Rio Tietê and Avenida Cruzeiro do Sul you’ll find a big parking lot (cf. map below). The metro station Portuguesa-tietê is close-by.

I went to Praça de Sé to see the Catedral Metropolitana de São Paulo, also called Catedral da Sé and the nice palm-surrounded place in the center of São Paulo. From there I walked through the city center towards Praça República, not missing the beautiful building of Theatro Municipal.

The Praça República is a green park in the center, frame by totally different kinds of buildings. One of these is the Edifício Itália, where you can have a nice perspective of the city. When I arrived, it was closed. :-(That is why I took the metro again and went to Avenida Paulista, the modern business district of São Paulo. And then the appearance of the city changed totally.

Filled with impressions and after some hours of shopping I continued my way to São Sebastião, finally reaching the sea.

One Reply to “Entering São Paulo”