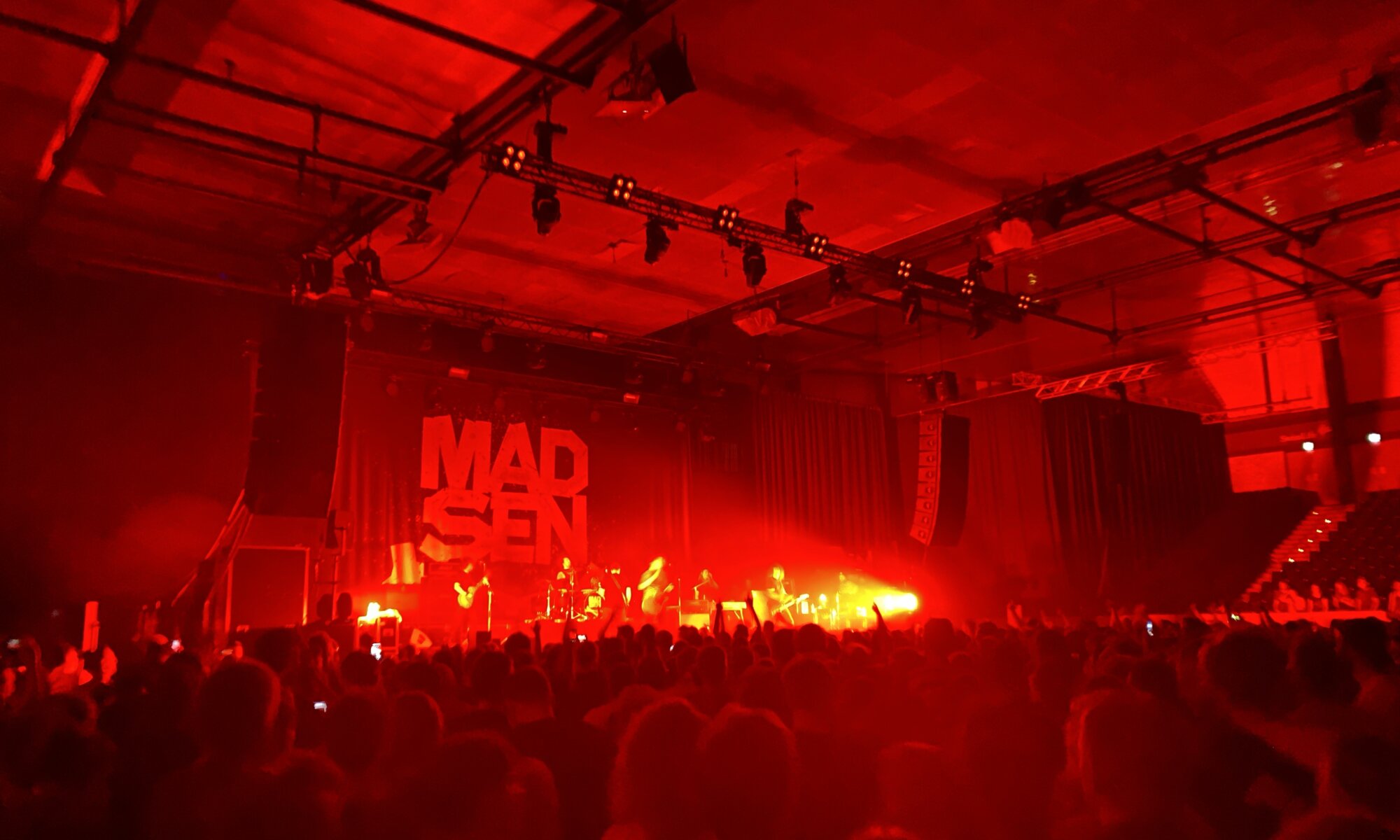 The COVID-19 pandemic created a special situation: for more than two and a half years concerts were shifted continuously into the future. We were always believing that next year everything will be fine and in addition to the concert tickets I had already bought I acquired new ones. In 2022 when everyone had the chance to get vaccinated and many people had already infected with variants of the virus that were at least less harmful, large concerts were possible again. And my calendar was full with concerts; starting with a performance of Madsen at the Stadionsporthalle of Hannover.

The concert of the Indie Rock band from the Wendland was originally planned for January 2021. It was my personal starting point for a long summer of music and it was a fantastic one! The Stadionsporthalle is located next to the soccer stadium of Hannover (the Niedersachsenstadion) and is a multifunctional arena. It reminded me much of the Sporthalle Hamburg but with much better acoustics! The hall has a floor in the center with seats arranged in parallel on two sides, necessary as the arena is also home to the handball team TSV Hannover-Burgdorf.

The concert was amazing, the masses were electrified and obviously waiting for such an event for a much too long time. The concert location is well organized with a fast wardrobe, a good luggage storage and fast supply of drinks (not cheap, but good). I’ve really missed to stand in a large crowd, have spotlights passing by and dance with 5,000 other people. A great start of the summer!