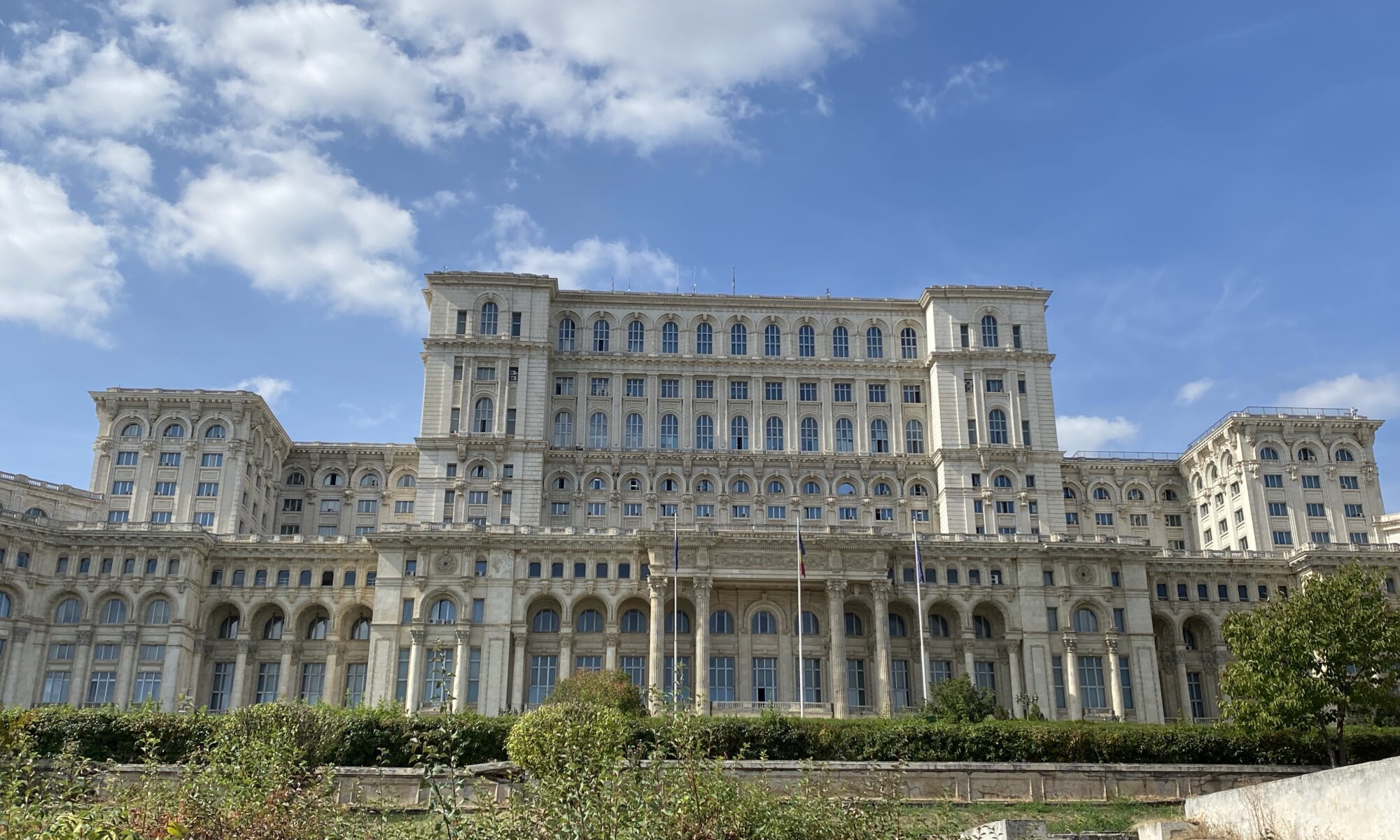 The palace of parliament is one of the biggest buildings in the world by space. It was built between 1983 and 1989 by order of the dictator Nicolae Ceaușescu. To create it historical buildings containing 40,000 flats and a dozen churches were destroyed. The building costs were around 40 % of the gross national income of the country.

The building was formerly called Casa Poporului, house of the people. But this giant building in neoclassicistic style was just used to show the power of the ‘strong man’ leading the country. Ceaușescu was creating it while a lot of people in Romania were hungry each day. After his death it was renamed to Palatul Parlamentului honoring democracy and parliamentarism.

Today it is the seat of the chamber of deputies and the senate of Romania. Therefore, you can’t get close to it in most parts of the building. In fact, there is only one public entrance leading you to the Muzeul Național de Artă Contemporană which also resides in the parliament building. The entrance is located south of the building at Calea 13 Septembrie, the bus stop is called Casa Academiei.

One Reply to “Palatul Parlamentului”