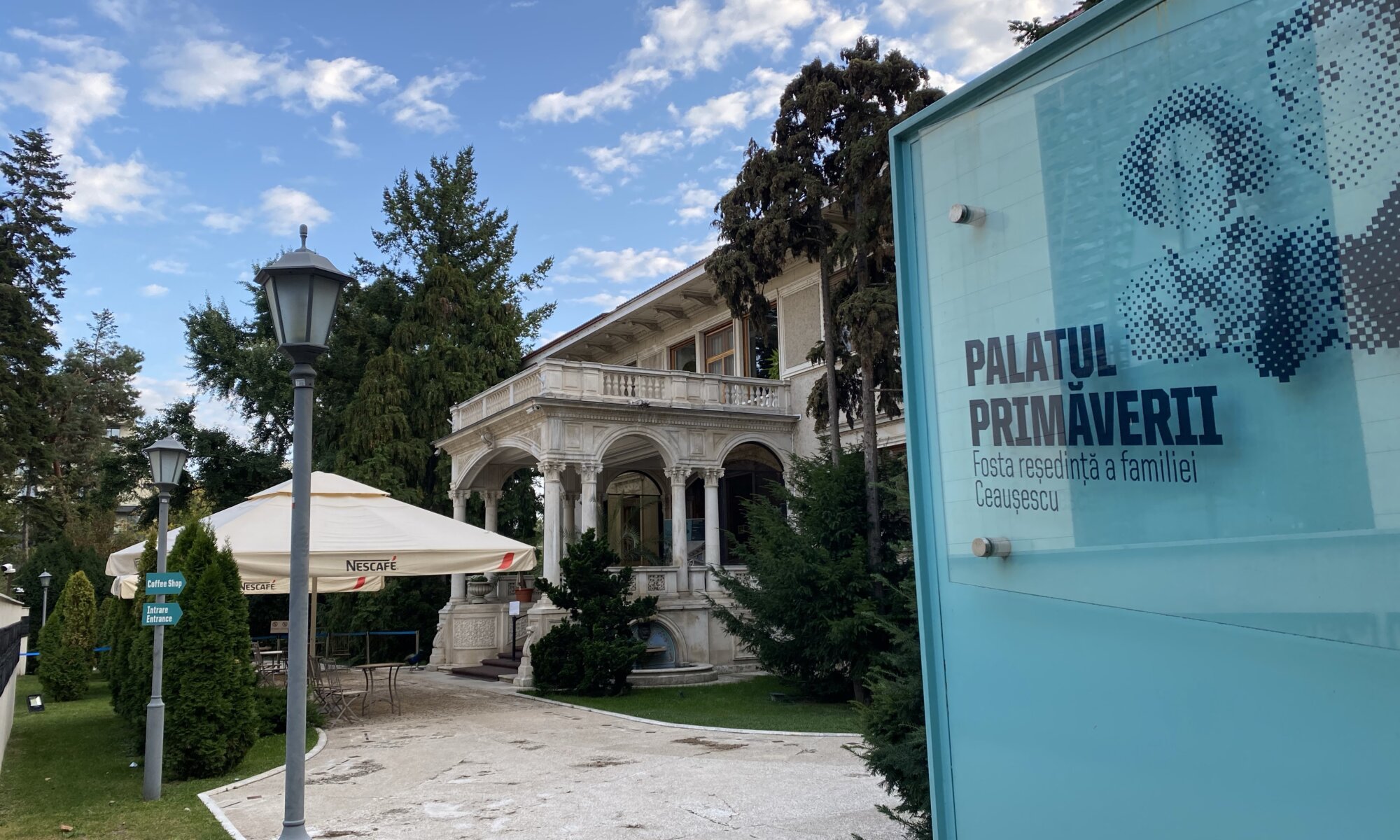 The city quarter Primăverii of București is the place where the rich people are living. During Communist times it was what we today would call a ‘gated community’. While the people outside had only electricity for two hours every day and remained hungry, the fat cats were living a good life there. You can validate this by visiting the Casa Ceaușescu, the former home of the Romanian dictator Nicolae Ceaușescu.

During the revolution in 1989 it was taken by storm and some items are lost. But today it is a museum trying to preserve the building. You can see all the gold, all the mosaics and wooden decorations, the private indoor pool, the large conservatory, and the peacocks walking through the garden. It is the residence of a king in a poor Communist country with people who can’t heat their homes continuously during winter.

Who was Nicolae Ceaușescu? He was born in 1918 in a small village in Wallachia. His father was a farmer, he became a shoemaker and his teacher brought him in contact with Communism and the Communist party. He fought against the reign of king Carol II. and the fascist dictatorship of Ion Antonescu and he even went to jail for that. Later Ceaușescu took over important roles in the Communist party, became member of the parliament and deputy minister for agriculture and later for defense.

His career accelerated when Gheorge Gheorghiu-Dej died. In 1965 he became head of the Communist party, in 1967 head of state. Ceaușescu was a beloved politician in a country that gained prosperity; and he turned the country towards the west, emphasizing independence from Soviet Union. But then he started to turn the country into a dictatorship, a cult of personality was introduced including himself and his wife Elena.

Important positions were staffed with family members to ensure allegiance and a much-feared secret police, the Securitate, was created. It was used to silence the opposition. Romania became internationally isolated, and the economy degraded. Food and energy had to be allotted because they were insufficiently available. When protests started in Timișoara, Nicolae Ceaușescu used his Securitate and military to turn it down.

In December 1989 he was speaking in front of 100,000 people at București and was booed by them. The result was that the Securitate fired at them. Next day the protestors attacked the headquarter of the Communist party and the Ceaușescu family fled by helicopter and car to Târgoviște. The military there decided to take side for the people and to arrest them. But the Securitate was still in arms and fighting for the dictator.

General Victor Stănculescu therefore organized a court martial on short notice which sentenced Nicolae and Elena Ceaușescu to death. They were shot on December 25th, 1989 and are buried on the Ghencea cemetery of București. Still today Nicolae Ceaușescu is one of the best-known Romanians throughout the world. And his life is an impressive example how a formerly progressive politician can turn to the wrong direction.