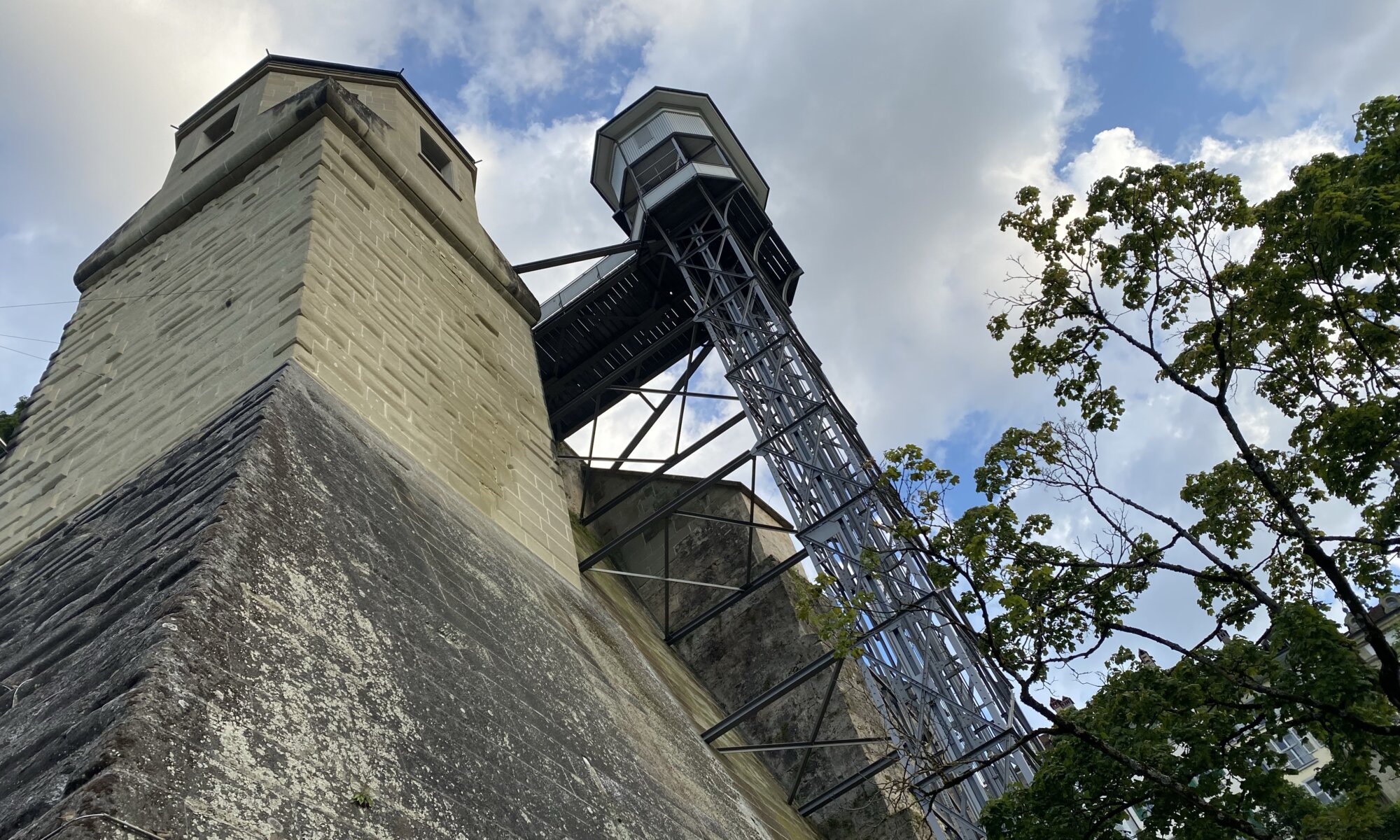 The Mattelift is a simple elevator at Bern which you’ll find attached to the Münsterplattform close to the cathedral. It is part of public transport and connects the city center with the lower quarter Matte which was in old times a zone for the lower class and crafts like tannery. Locals call it the Senkeltram – a tramway going up and down on a lace.

The elevator was opened to the public already in 1897 and was refurbished several times since then. Every day around eight hundred persons are transported. The alternative would be to take the 183 roofed stairs leading up, the Mattetreppe.