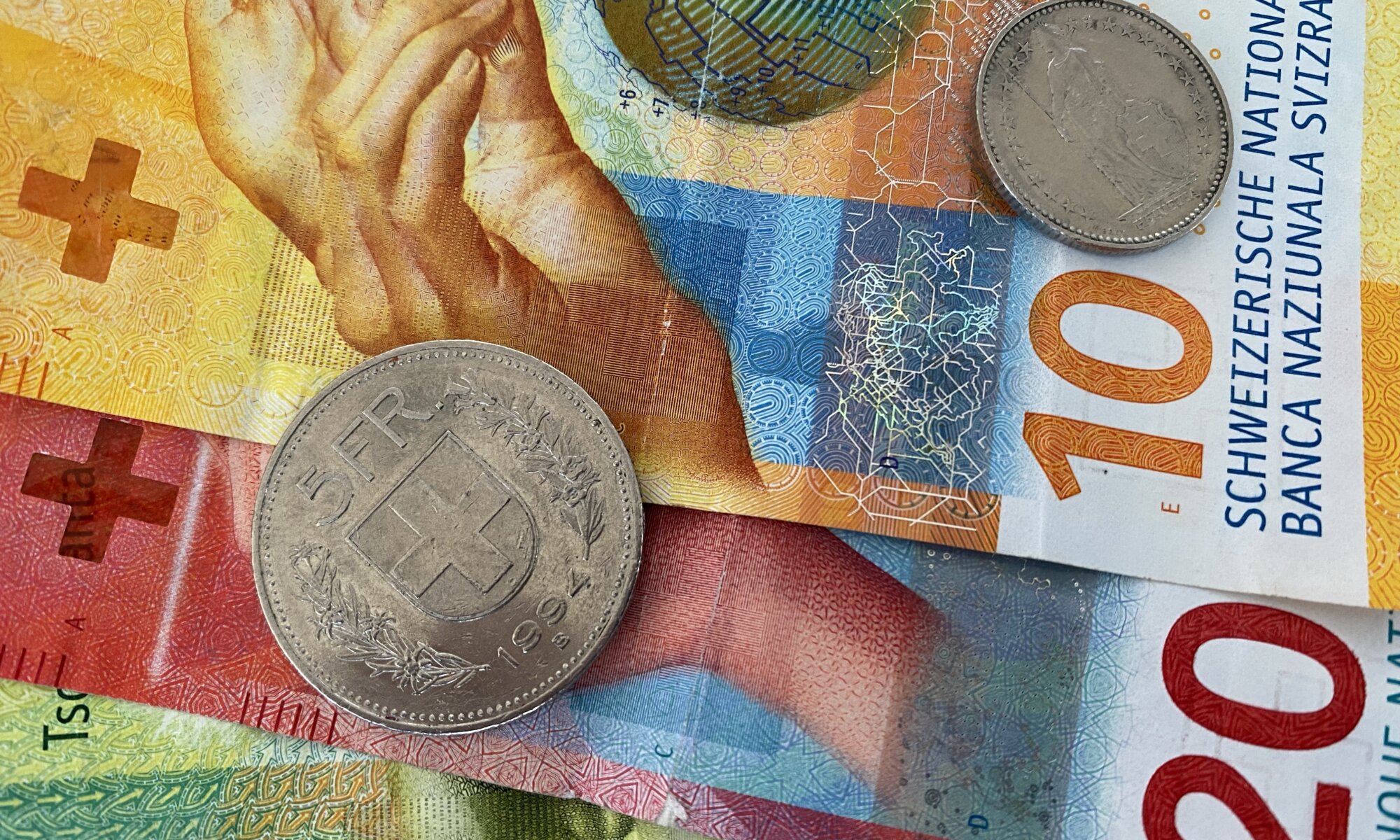 I still remember that day when I had some hours of layover at the airport of Zürich, Switzerland. I decided to have a short trip to the city center and entered a Euro banknote into a vending machine to buy a train ticket and what came out was not only a ticket but also some spare money in a strange currency, the Schwiizerfranke. Yes, Switzerland is in the center of the European Union but not part of it and for sure it has its own currency. How could I not have expected that?

The Schweizer Franken, Franc suisse, Franco svizzero or Franc svizzer is used in Switzerland, Liechtenstein and two exclaves: Campione d’Italia (belonging to Italy) and Büsingen am Hochrhein (belonging to Germany). It is devided into 100 Rappen, Centimes, Centesimi or Raps and is internationally referred to with the currency code CHF. The current series of banknotes issued between 2016 and 2019 shows specific motives that shall represent the character of Switzerland: