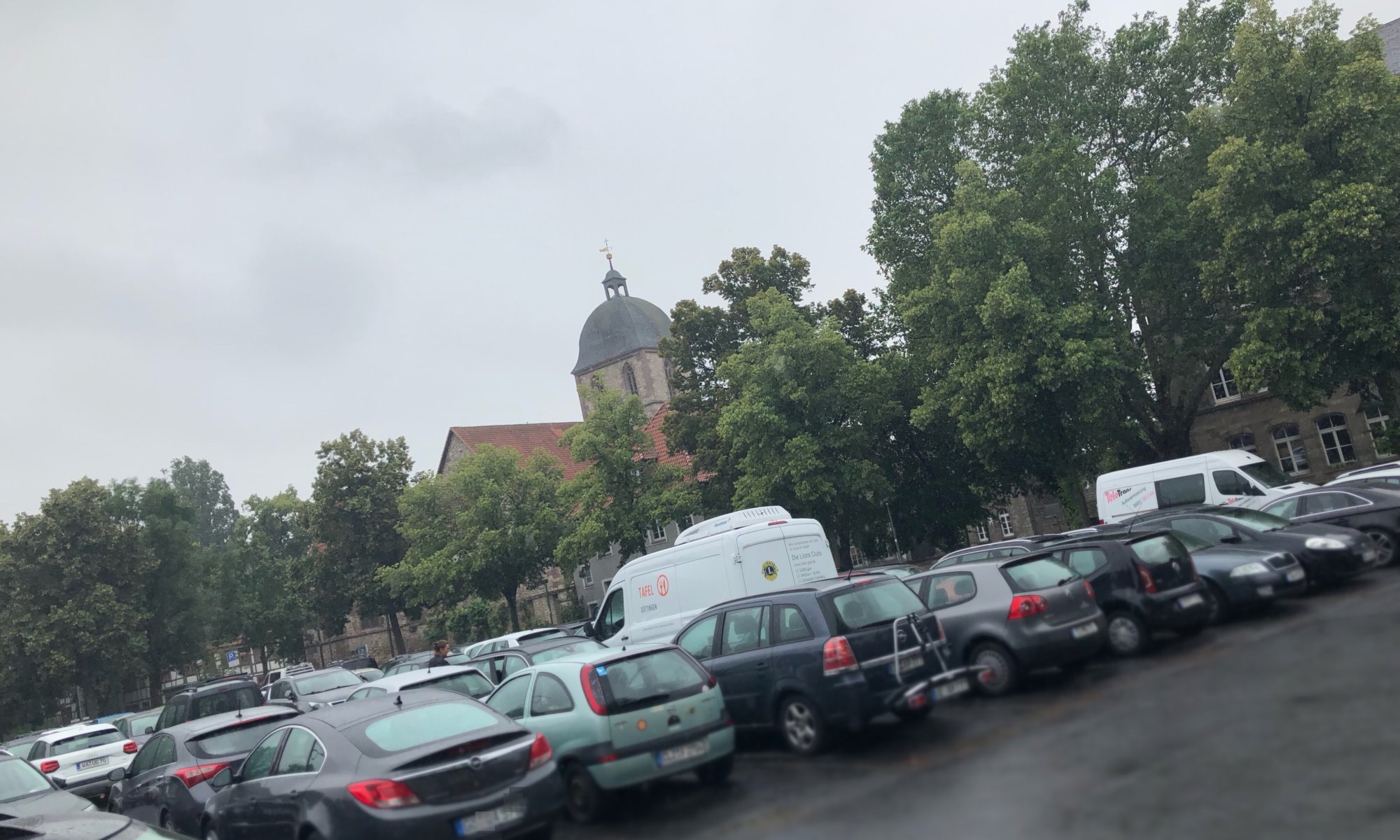 The Albaniplatz at Göttingen, Germany is named after nearby protestant church St. Albani. It is a large parking area that many people use to go shopping in the city center or to visit an event at the Stadthalle next to it. But most people don’t know what happend here in 1933. By that time the place was called Adolf-Hitler-Platz and it became the place where the books of great authors were burned that the Nazis classified as degenerated.

The citizens of Göttingen and also the professors and students of the university of Göttingen were early followers of the Nazis. In 1933 more than 63 percent of the people living in the city voted for Adolf Hitler. On the 5th of May, 1933 the local newspaper (Göttinger Tageblatt) published the announcement of the Nazi student organisation that they want to burn books on the 10th of May – connected with the request to deliver books to them. The reason they gave was to remove ‚Jewish spirit’ and the liberalism that they saw incorporated in these books.

On the named day they created a stake of books from authors like Erich Maria Remarque, Karl Marx, Erich Kästner, Heinrich Mann and Kurt Tucholsky. It was located in front of the entrance of the Albanischule (a building that is unchanged since then). The evening began with a meeting at the auditorium maximum where the head of the university, Friedrich Neumann, and the private lecturer Gerhard Fricke held speeches and incited the crowd.

Afterwards the students marched to the Adolf-Hitler-Platz where the stake of books was inflamed. On top there was a sign with the name ‘Lenin‘ on it. At this place the ‘leader’ of the Nazi student organisation, Heinz Wolff, held a speech. The group sang the songs ‘Flamme empor‘ (flame up), the Horst-Wessels-Lied (‘Raise the flag! The ranks tightly closed!‘) and the Deutschlandlied ( ‘Germany above all, above all in the world‘). Then the group dissolved. And we know that it was just the beginning of a disastrous chain of events.

A good source for additional information is the book ‘Wider den undeutschen Geist! Büchverbrennung 1933’ by Werner Treß, published by Parthas. Unfortunately it is only available in German.