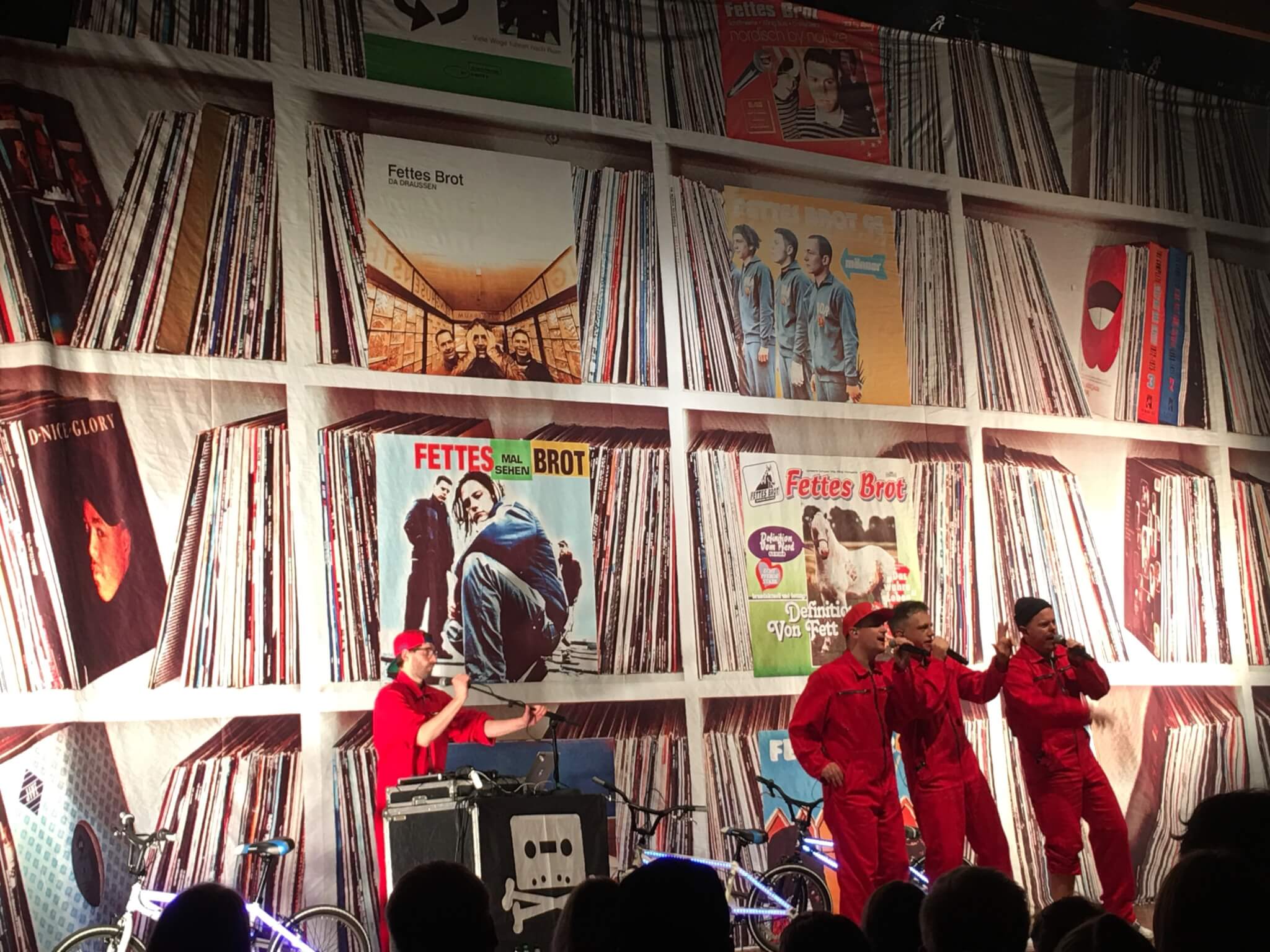 I’ve seen a lot of concert locations during the last months – but none of them seemed as odd as the Stadthalle in Göttingen, Germany. A much too high ceiling, a too bright atmosphere, medium quality sound, people sitting on the upper floor and a supporting act playing in front of a plain white banner. Not the best preconditions for a nice evening.

The Stadthalle opened in 1964 as a congress and music hall at the Albaniplatz, directly outside of the old fortifications of the city. Earlier this location has been used for the bakery of the army, as a beer garden and also as a sick bay. Now violet ceramic decorates the town hall of Göttingen. The Stadthalle was a place for different kinds of events in the past: especially performances and comedy shows. But the people of Göttingen have an ambivalent connection to this place.

During the last years even an abridgement has been discussed, but some years ago the business development organisation started to use the Stadthalle for middle-sized concerts that don’t fit into the Lokhalle, the mayor event location in Göttingen. And there seems to be a need for a place of that size. I came here for a concert of Fettes Brot, supported by Antilopen Gang. And yes: with good music (and some beer) you can even enjoy an evening at such an unusual concert location.

%d bloggers like this:
I use cookies to ensure that you have the best experience on my website. If you continue to use this site I will assume that you are happy with it.Ok