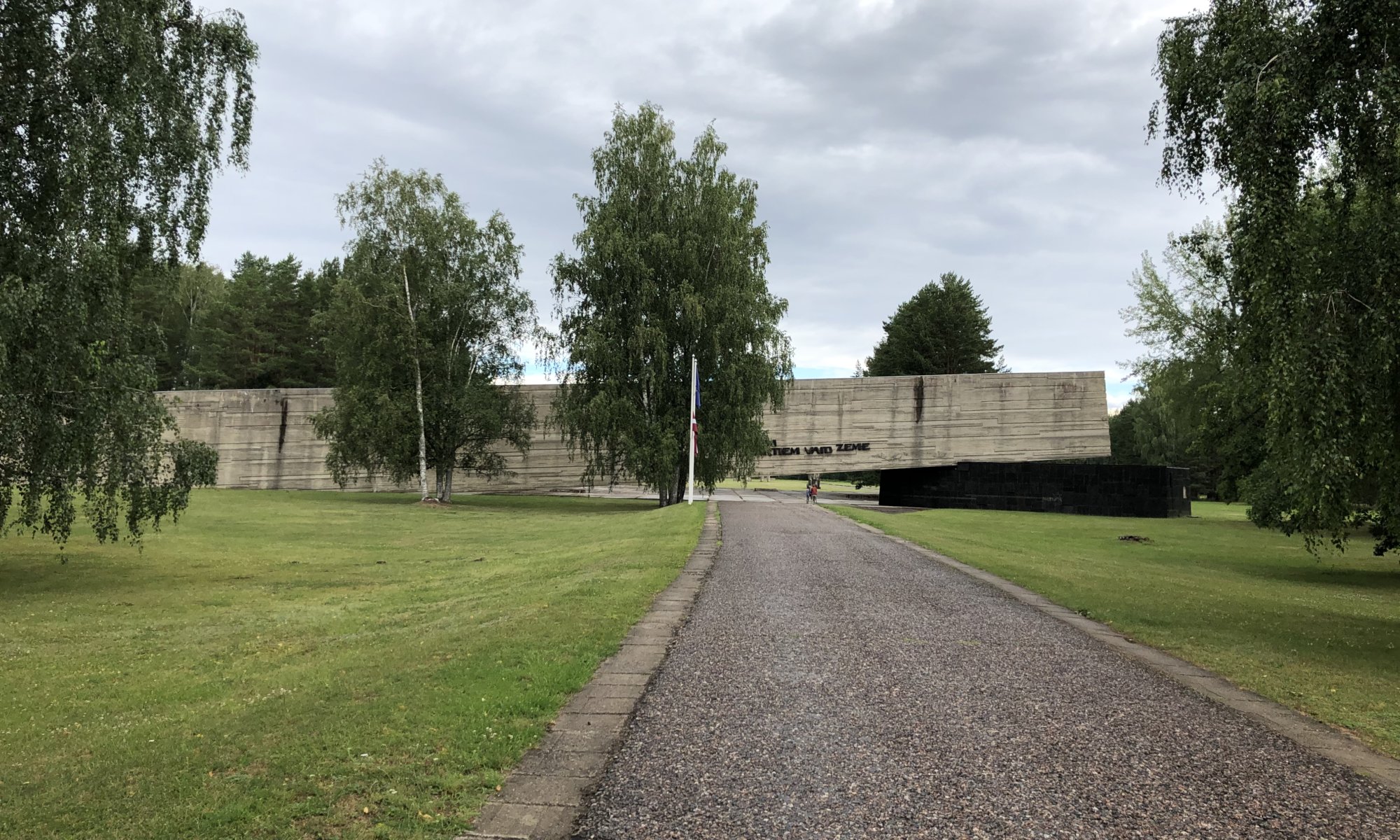 In 1941 Latvia was occupied by Nazi Germany and a forced labour camp was created at Salaspils – 18 kilometers south of Rīga. Captives were intended to do peat cutting and the Nazis wanted to detain Jewish people here. The camp was built by Soviet prisoners of war and Jews mostly from the ghetto of Rīga – and it was used mostly for political prisoners and deserted soldiers. But what really happened here remains unclear because of insufficient research and political motives.

Partisans and also children were held here before they were transported to other camps. The intended capacity of the camp in Salaspils was 15000 people and it should have been transformed into a formal concentration camp. In 1944 the red army came closer and therefore the camp was emptied, the buildings were burned down and the captives were moved to the concentration camp Stutthof near Gdańsk, Poland.

In 1967 the Soviets created a giant memorial at Salaspils: a massive block of concrete that contains a museum and carries the words ‘Aiz šiem vārtiem vaid zeme‘ (beyond this point the earth cries). Huge statues in Soviet style show people standing up, fighting, protecting their children and a metronome creates a sound that brings back the heartbeat of the people once detained here.

The Salaspils camp must have been a horrible place and especially in the forest of Rumbula close-by around 25000 Jewish people were killed. But I had mixed feelings about the memorial and that’s probably because the Soviets used these horrible deeds for their propaganda and because of the insufficient research done here.