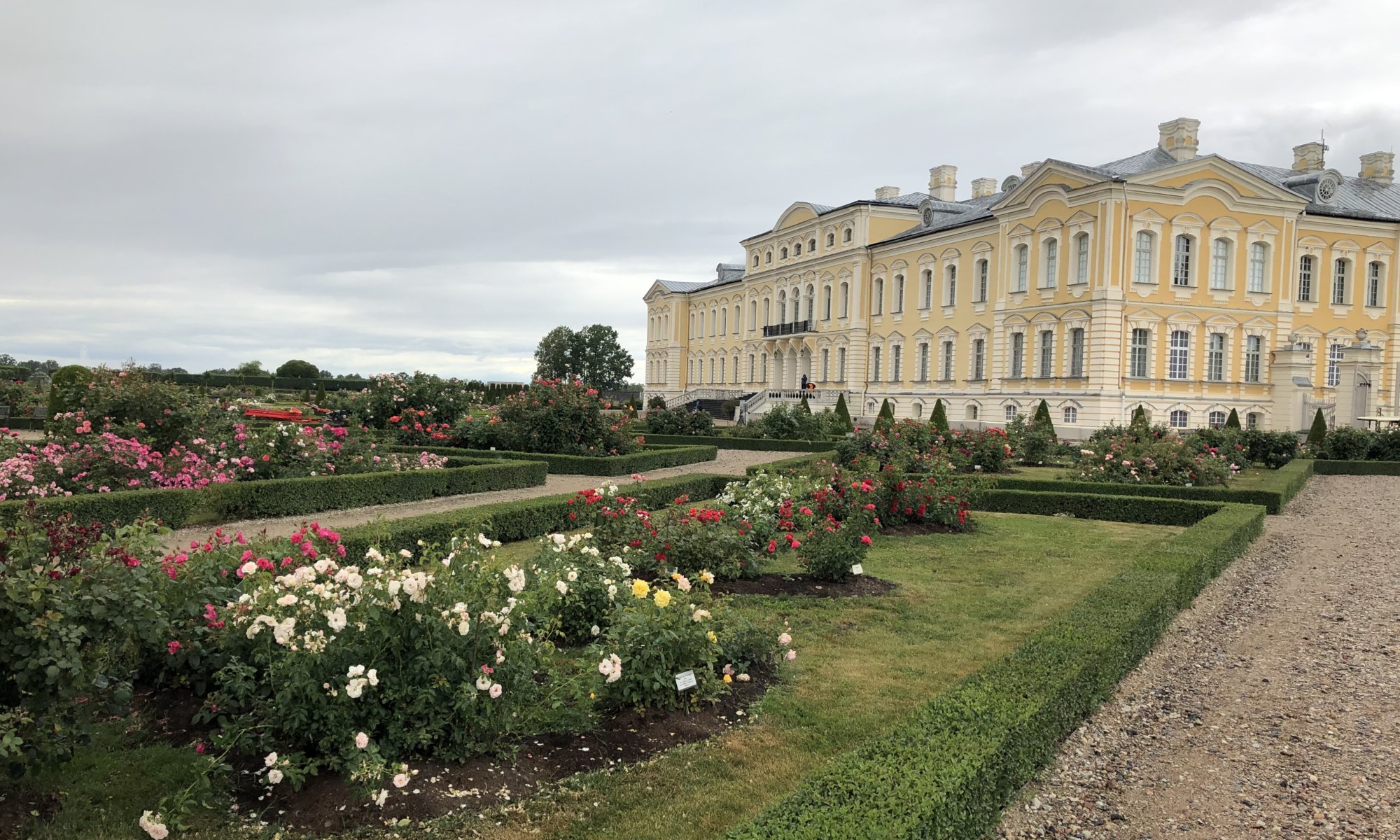 Somewhere in rural Latvia, not far away from the border to Lithuania you can find an impressive castle in baroque style: Rundāles pils, the Rundāle palace. It was designed with Versailles in mind and also has a french landscape garden – it is therefore often referred to as the Versailles of the Baltics. The palace was built between 1735 and 1740 by the order of empress Anna of Russia.

She had a relationship with Ernst Johann von Biron, Duke of Courland and Semigallia and the palace was meant to be his summer residence. Before she died she made Ivan VI her successor (who was by that time only two month old) and Biron became his warden – by that gaining full power over the Russian Empire. He was known as a cruel ruler: he decided to execute 12.000 people and to send 20.000 to Siberia. Shortly after Annas death he himself was sent to Siberia.

He could return when empress Elizabeth of Russia stole the power from Ivan VI in 1941 when he was only one year old (the rest of the 23 years of his life he had to spend as a prisoner in Russia – but that is another story). But Biron never came back to power. The castle is today used for science, to exhibit historical artefacts and as a famous tourist destination – especially the French landscape garden attracts many visitors.

One Reply to “Rundāle palace”