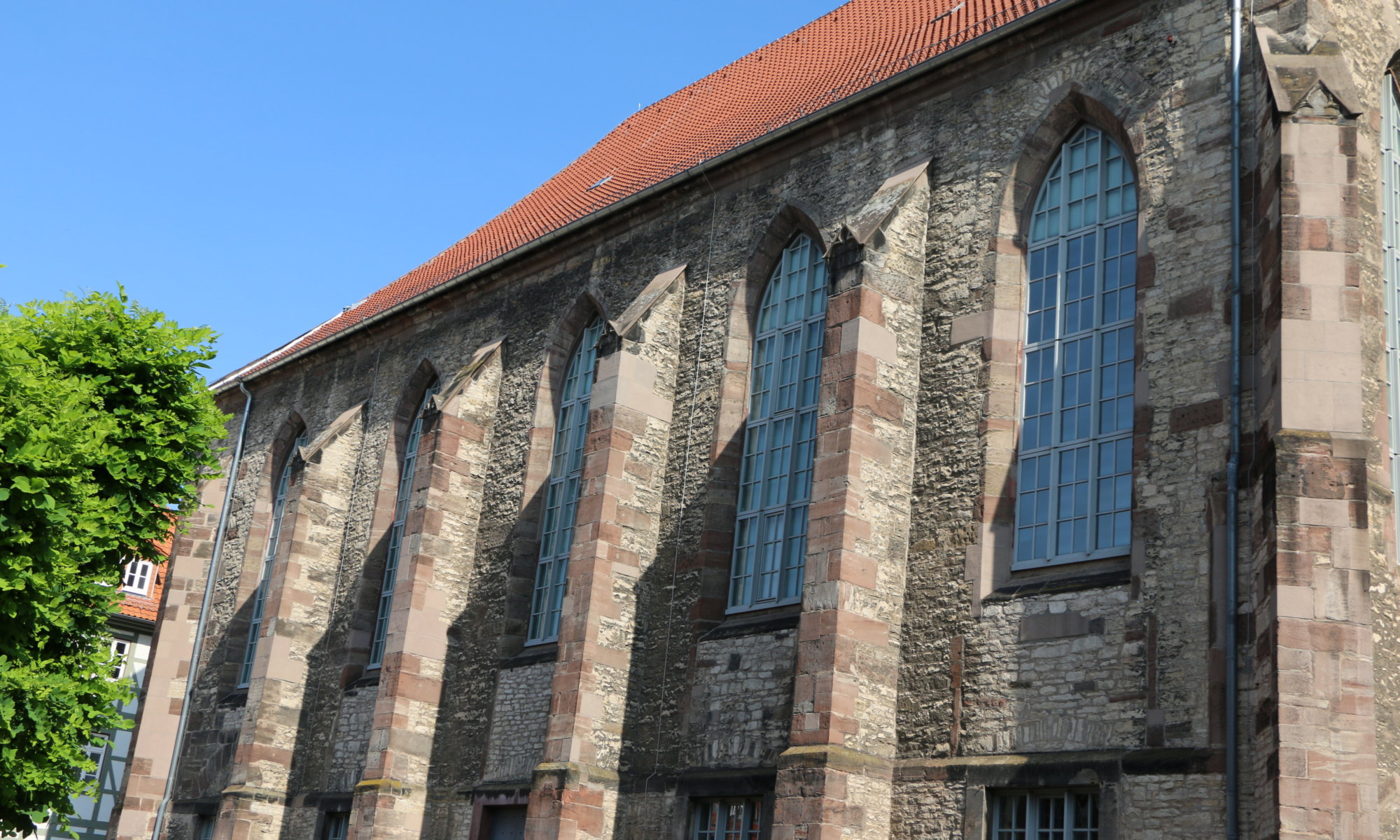 The Paulinerkirche is a former church of a cloister in the city center of Göttingen, Germany. From 1294 the Dominicans settled at Göttingen and erected the church in 1304. It was dedicated to the apostles Peter and Paul and relics of Thomas Aquinas were stored here.

When the reformation hit the city the Paulinerkirche was used – against the will of the owners – for the first Protestant religious services. Later it was used as a school and became the germ cell of the university of Göttingen. It served as the library building of the university and was used for important academic events.

In 1820 the church St. Nikolai became the university church and in 1944 it was heavily destroyed by an air mine whose compression wave also damaged the nearby church St. Johannis. Nowadays it is used by the Niedersächsische Staats- und Universitätsbibliothek as a library location and for events.