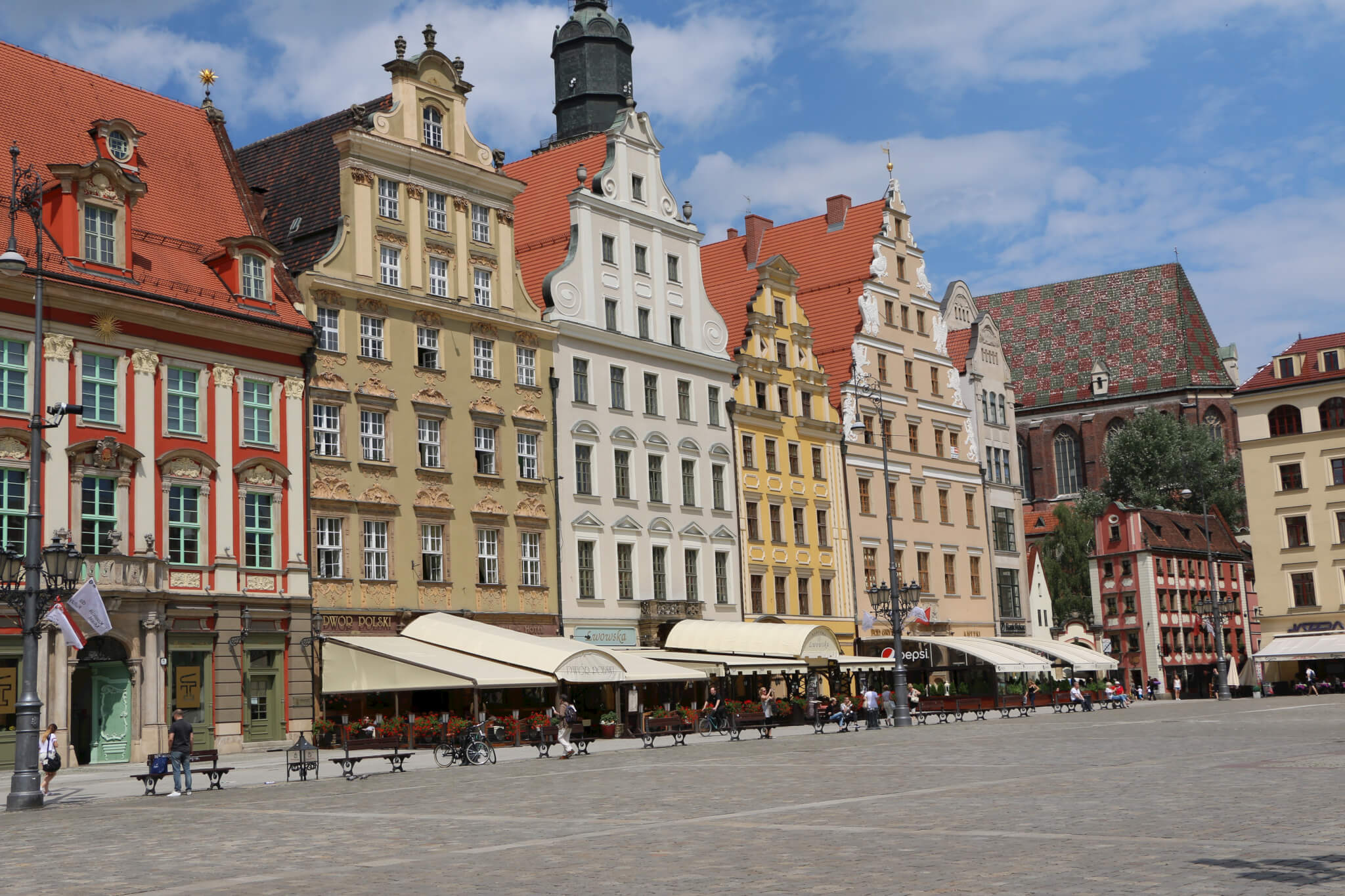 It was once again time to select a nice place for my birthday. As we planned to go the week before to Berlin, Wrocław came into my mind because it is the next bigger city in Poland and in 2016 it is the European cultural capital (together with San Sebastian in Spain). That is why wie searched for a flat in the city center and booked the trip.

The apartment was in the center of Wrocław directly opposite to the shopping center Galeria Dominikańska. We had an underground parking lot and were frequently changing between trips by car, street car and on foot – the city center was only a five minutes walk away.

We enjoyed the atmosphere of the city and visited many different places: the cathedral, which is especially beautiful at night; the botanical garden of the university, the miniature railway Kolejkowo inside an old railway station, the zoo with the Afrykarium and the water museum Hydropolis.

One of the most impressive buildings is the centennial hall (“Jahrhunderthalle“) which has been built to commemorate the Prussian liberation wars against Napoleon. It is a nice ensemble with the steel needle Iglica and the multimedia fountain in front of the building. Attached to hit you can find the very big Park Szczytnicki which also includes a Japanese garden.

As it was very hot during our stay we also tried the Aquapark, which was nice. To me it was the first trip with a small child as a travel companion and I learned to restrict me wish to see and experience more. And it is opening up eyes in other directions; I could have never found all those steel dwarfs distributed throughout the town without help.