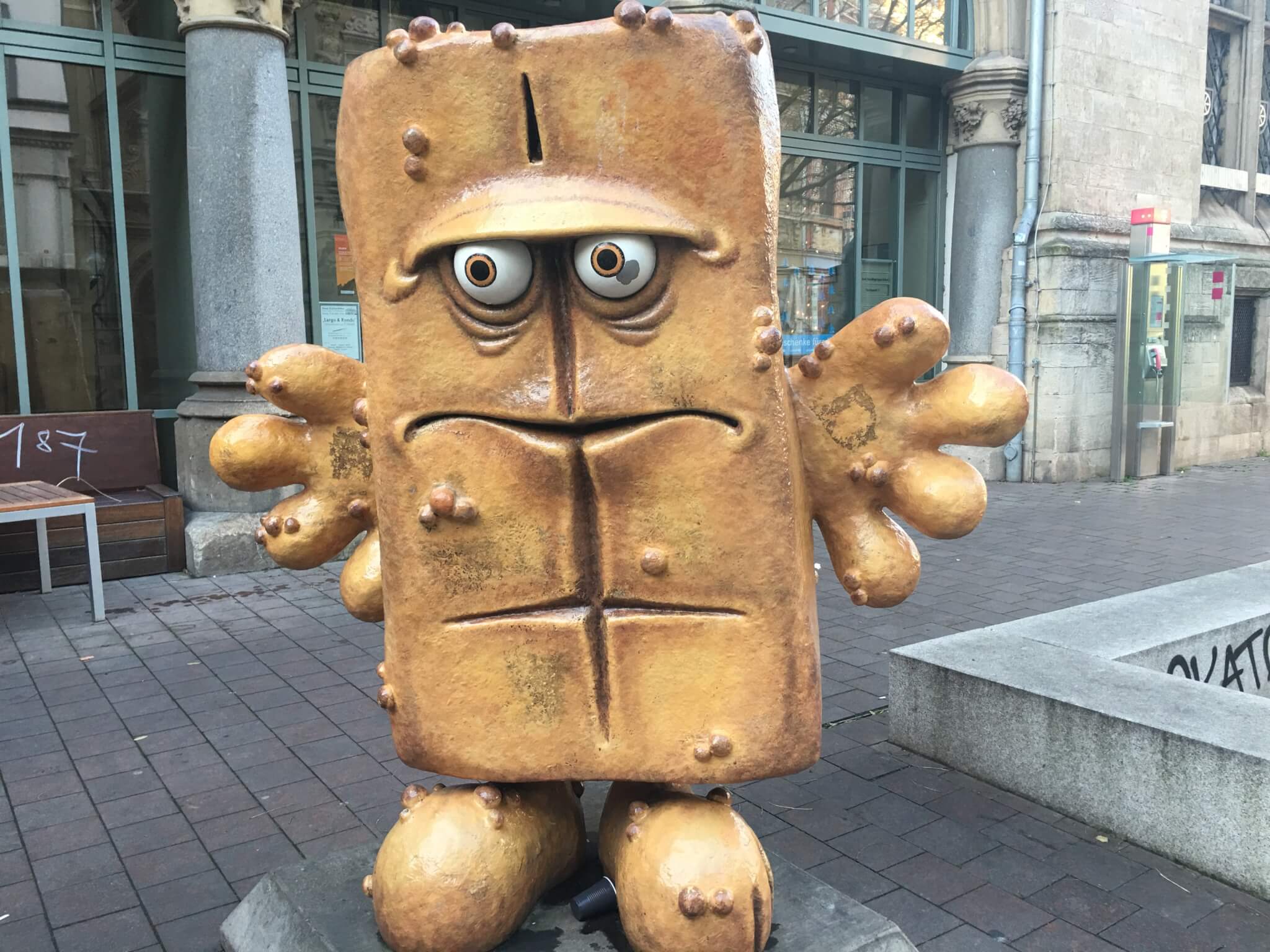 All around Erfurt, Germany you will find statues of characters from television series for children – this is because of the fact that Erfurt is home to the German children television channel (“Kinderkanal“, KiKa). One of the most visited is that of “Bernd das Brot“, a grumpy and depressive tin loaf located at the fish market close to the city hall.

Bernd had his first appearance on television as a place holder during the time of the day when no tv programme was transmitted. As he immediately found a way to the hearts of many adults and children he received the renowned Adolf-Grimme-Preis, has his own show, got into the single music charts (“Tanzt das Brot”, #41) and there is even a computer game about him.

In 2009 the two meters high statue was kidnapped by people occupying an industrial area (“Topf & Söhne”). He was later found in military barracks between Erfurt and Weimar and later returned to his place at the fish market. It is like the case in Hanover, where the “Cookie monster” stole a huge golden cookie from the outer wall of the biggest and well known factory.