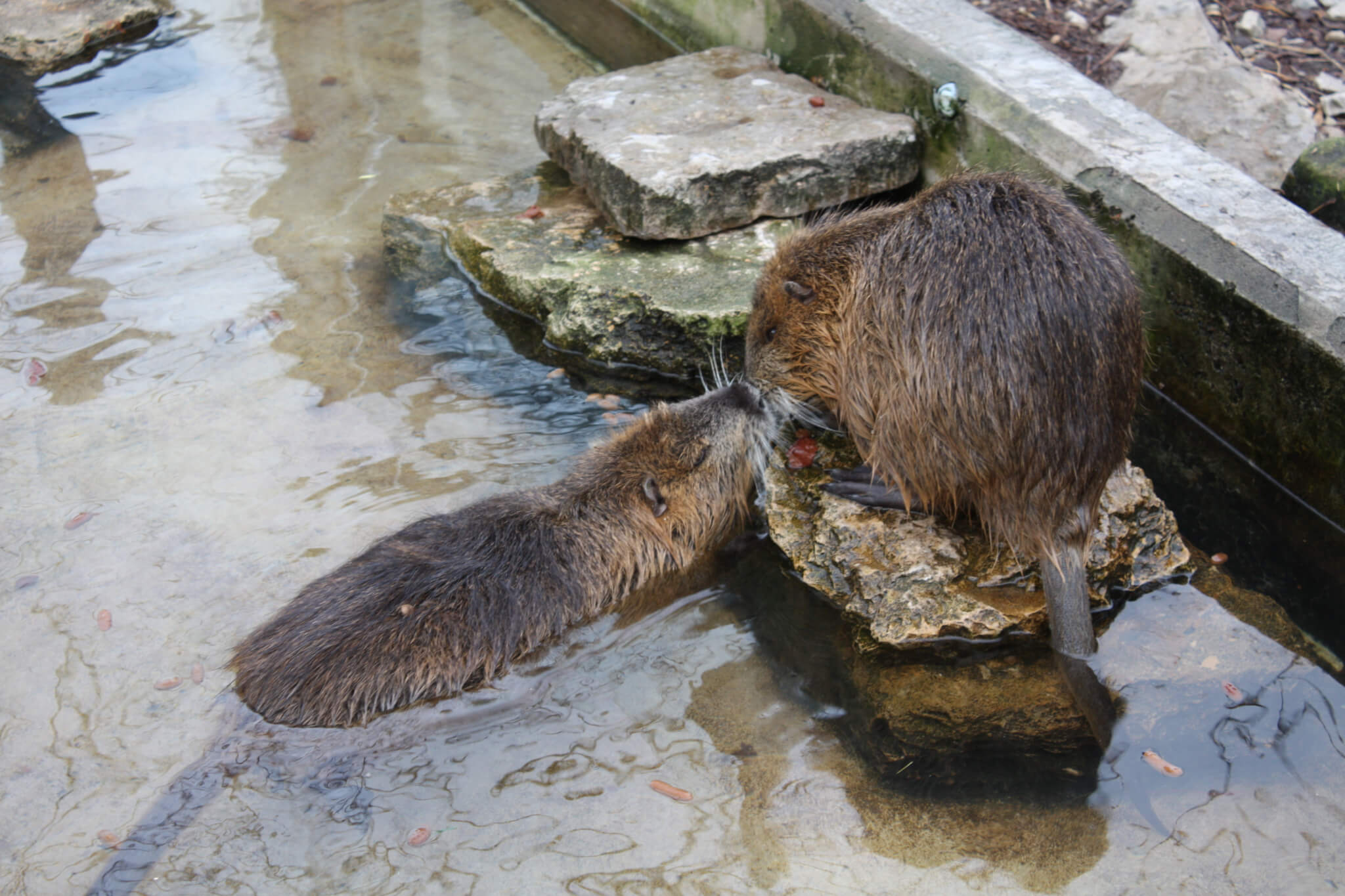 The egapark in Erfurt, Germany is a landscape and garden park with some special features. It is 36 hectare large and has been built on the ground of an old castle and fortification. It was opened in 1950 with a first horticultural show and from 1961 on the Internationale Gartenbauausstellung (iga), an international garden show of the socialist states was located here.

After the GDR broke down the horticultural show as continued as Erfurter Garten- und Ausstellungs GmbH (ega) – which gives the area its name. The egapark is the second most visited site in Thuringia after the Wartburg in Eisenach. It is open during the whole year – I visited it only in winter times. That is why I never saw the beautiful flowers, but it still was worth the visit.

In addition to the gardens you will find some animals here and there are tropical greenhouses that are a great pleasure in cold winters. Within you can watch butterflies and different flowers and animals. The egapark is in the southwest of Erfurt and you can easily reach it by tramway from the main railway station.