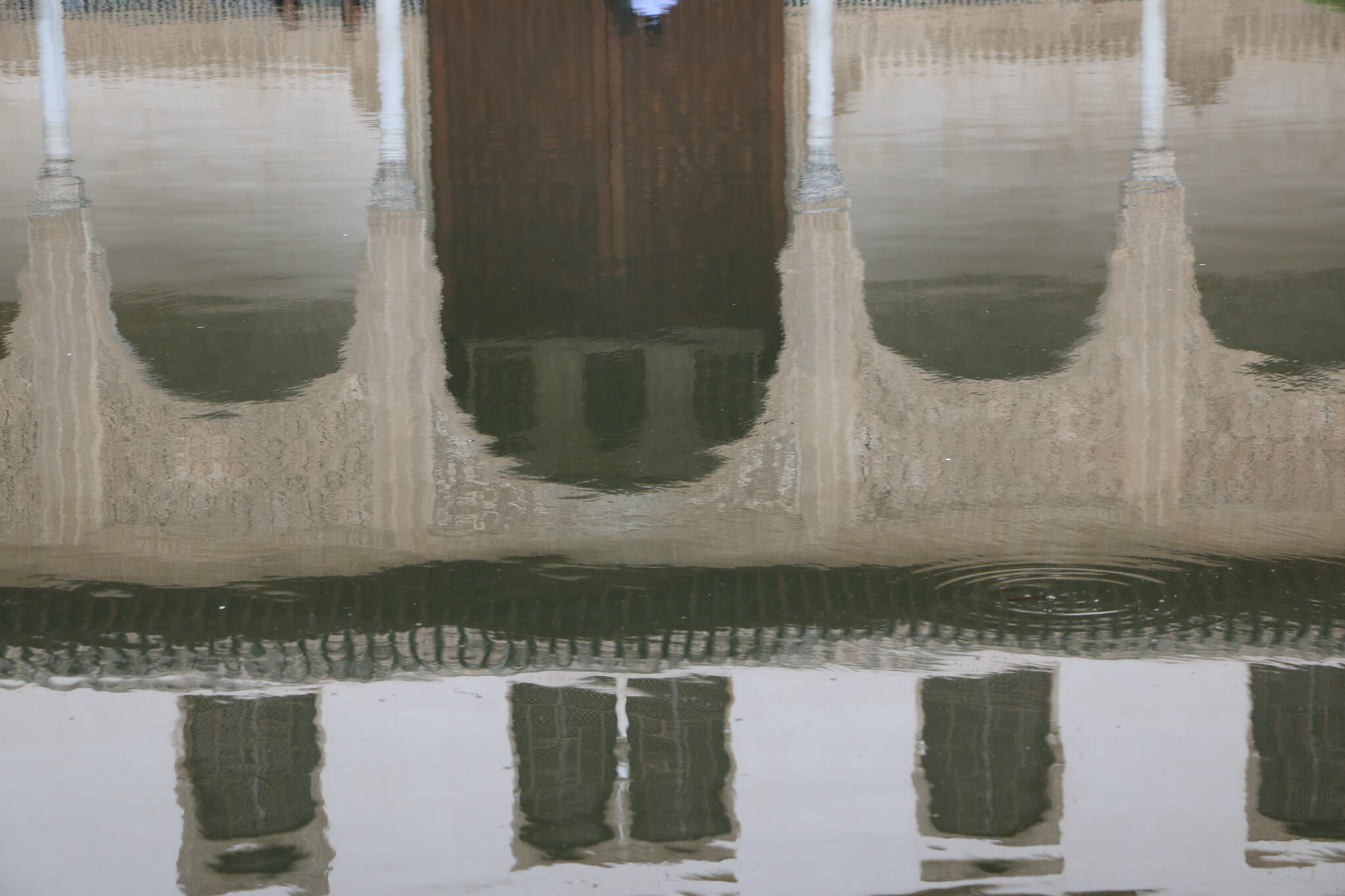 One of the most visited places in Europe and a UNESCO World Heritage site. The Alhambra (“red castle”) above Granada, Spain is a wonderful example of Moorish art during the Islamic reign in Andalucía. It has been built between 1238 and 1492 by different emirs and caliphs. In some phases afterwards the art has been protected, the military structures have been partially destroyed and under Charles V. some buildings have been replaced and altered. But the most important parts are still visible.

The Alhambra consists of different parts that can be visited independently: the Alcazaba is the fortress pointing towards the city. Walls and the main tower are still standing and can be visited. Next to it the Nasrid palaces, maybe the most wonderful part of the castle, wait for visitors – including the fantastic Patio de los Leones. The Palace of Charles V. is nearby and hosts an art and a history museum. Last but not least there is the summer palace Generalife which can be visited at daylight and in nighttime.

Tickets for visiting the different sights are limited to preserve the monument. The most important advise for visitors therefore is: book tickets in advance via internet. Even three month before my trip (in off-season!) a general admission ticket wasn’t available anymore and I had to buy three single tickets. The second thing is that the Alhambra is on top of a hill and I first tried to walk up there. It is like doing sports; endless walking steadily up. Instead you can get a rechargeable local traffic card at one of the bus stops. Minibuses then leave from the Plaza Isabel la Catholica and bring you up directly to the entrance.

7 Replies to “The Alhambra”