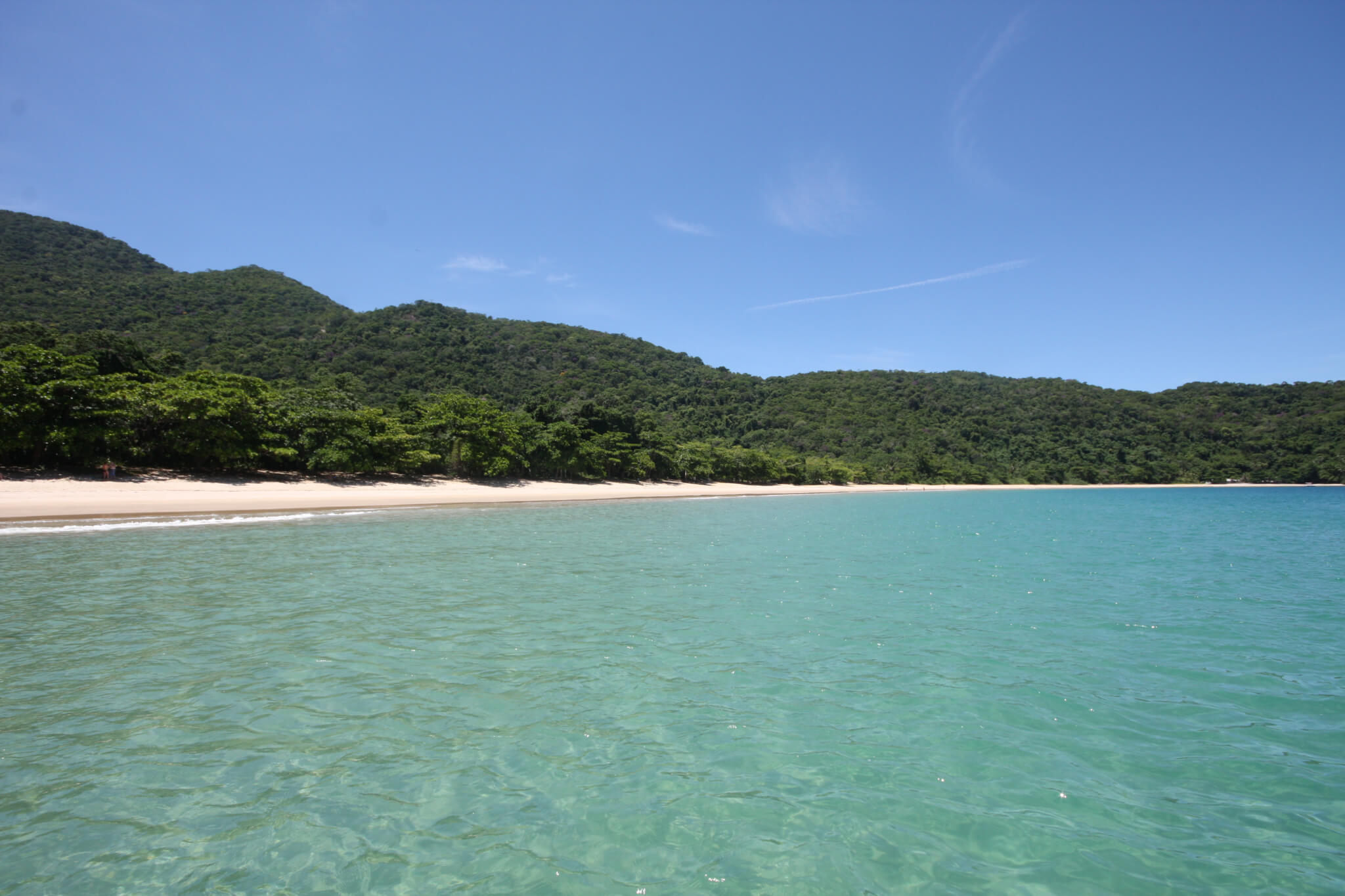 The history of Ilha Grande – an island 150 km west of Rio de Janeiro – is somehow dark and contrasts heavily to its current beauty. First, the island was the Brazilian equivalent to Ellis Island; European emigrants had to stay on the island before coming into the country. Later the island became a sick bay in time of Leprosy and until 20 years ago: A high security prison.

Nowadays Ilha Grande is a place for tourists who want to stay in a quiet and natural environment. The island is mainly covered by rain forest, there are only a few roads and one car: an ambulance. You can find 86 beaches, including the famous Lopes Mendes beach. Highest mountain is the Pico de Papagaio who got his name because he is looking like the head of a parrot.

All sorts of animals can be found here: Apes and tortoises, dolphins and parrots but also (poisonous) snakes. But don’t be scared: Just watch your step, look where you put your hands and keep away from them; as they are nocturnal you’re not supposed to see some.

On Ilha Grande there are only few and then really small towns, Vila do Abraão being the biggest. You can reach the island by boat from Angra dos Reis and Mangaratiba going on a 75 minutes ride for 25 km. In my opinion Ilha Grande might be the most beautiful place in Brazil. It is absolutely a pleasure to be at a town with no paved roads, having problems to select the right beach out of the vast number of possibilites and to hike through the jungle.