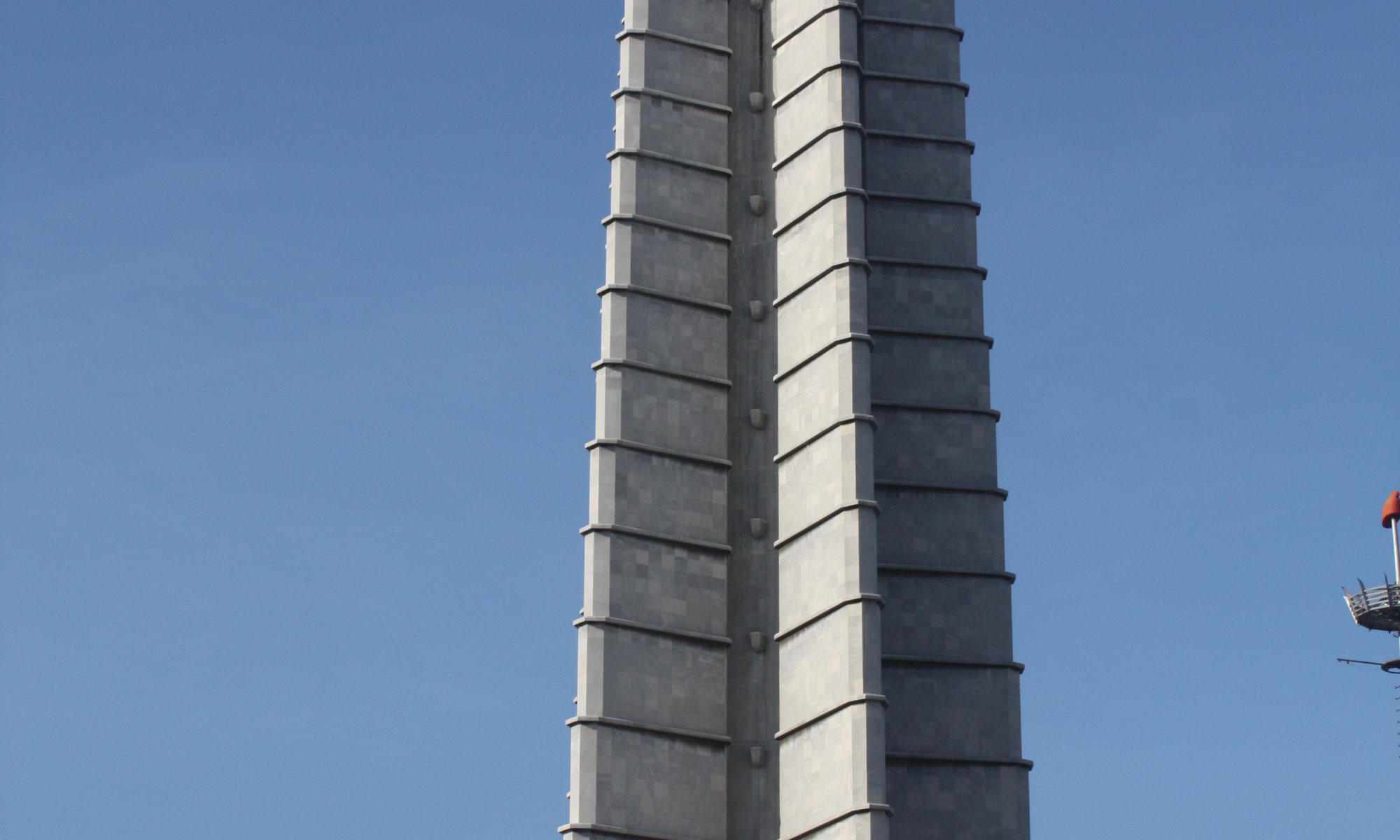 The Plaza de la Revolución is maybe the most iconic place in La Habana, Cuba. It is dominated by a giant needle commemorating José Julián Martí y Pérez, the writer, national hero and symbol of the independence fight of the country. It is 109 meters high and you can use an elevator to get to the top.

The place is the largest within the city center and the speeches at May 1st and July 26th are held here – typically in front of one million people. Surrounding it are the national library, national theatre, the office of Fidel Castro and the communist party and different embassies.

On two government buildings giant images are presented: Che Guevara with the sentence “Hasta la victoria siempre” (always to the victory) and Camilo Cienfuegos and the words “Vas bien Fidel” (you do it right, Fidel). Both were leaders during the Cuban revolution.