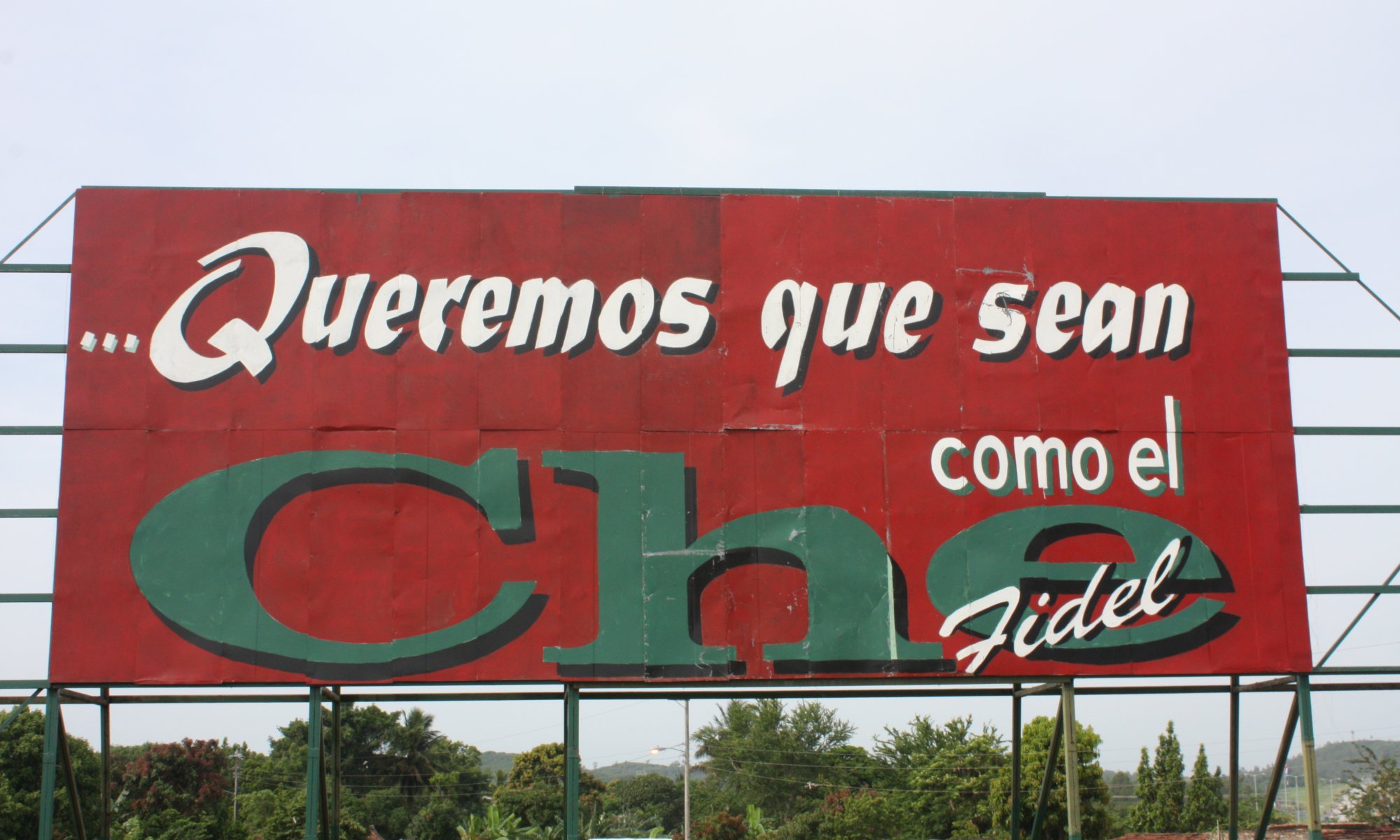 The Museo y Monumento Memorial Comandante Ernesto Che Guevara is a monument, museum and mausoleum commemorating the life of Ernesto Guevara and is located at the Plaza de la Revolución in Santa Clara, Cuba. It consists of a six meters high statue, a museum collecting items from the life of Che, the graves of several fighters from the Cuban revolution and an eternal flame.

Ernesto Guevara was an Argentinian doctor who came in contact with revolutionary forces while travelling Latin America. While seeing the social situation in different countries he first met Cuban revolutionaries during a visit to Costa Rica. In Guatemala he experienced the results of the CIA activities and saw US-American bombs falling on the Ciudad de Guatemala.

In 1955 he first met Fidel Castro in his exile in Mexico. In 1956 he travelled with Castro and a small group of men on the ship Granma to Cuba. The guerilla fight started and in 1958 Che won the battle of Santa Clara, opening the way to La Habana. In 1959 the dictator Fulgencia Batista fled and the revolution was done. Che became director of the national bank and minister within the Government of Fidel Castro.

In 1964 he spoke in front of the United Nations in New York, United States. But Che wanted to continue his fight in other countries and went to the Congo and to Bolivia, where he finally was killed in 1967. Many years later in 1997 his remains were found and brought back to La Habana. He was buried in Santa Clara and the eternal flame was enlightened by Fidel Castro.