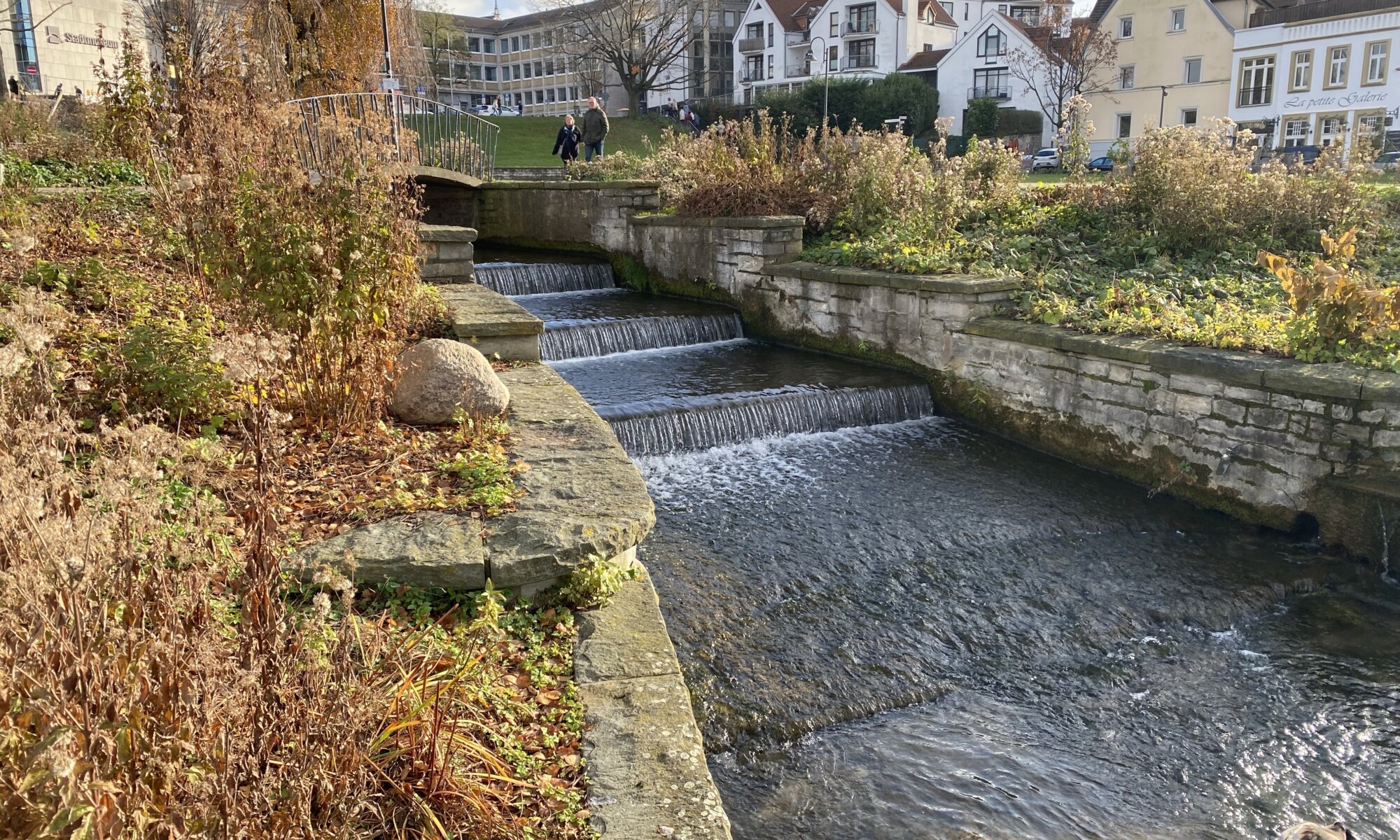 What I like about Paderborn is that the history of the city is all about life at the water. In the 8th century Charles the Great conquered the area of Paderborn to rule over the Saxons living there. He built the Karlsburg fortress and later the Pfalz Paderborn to convert the Saxons to Christianity. Charles used the area around the wells of the short river Pader and brought them under control of the church. Later the city of Paderborn was created around them as the source of life for this new city.

The different wells were used not only for drinking water, but also for cleaning clothes and to power mills. The river always played an important role in the city. In the past the water was pumped up to the different fountains and their basins (called ‘Kump‘) in the city center to provide it to the people. A model of this technology (they called it ‘Wasserkünste‘) can be seen in the Paderquellgebiet, next to a giant water wheel.

Today the wells of the Pader are located in parks close to the city center and are an important recreation area. The river Pader itself is only four kilometers long and runs into river Lippe shortly behind the city quarter Schloß Neuhaus. The river is created by 200 wells, but the most important received special names: