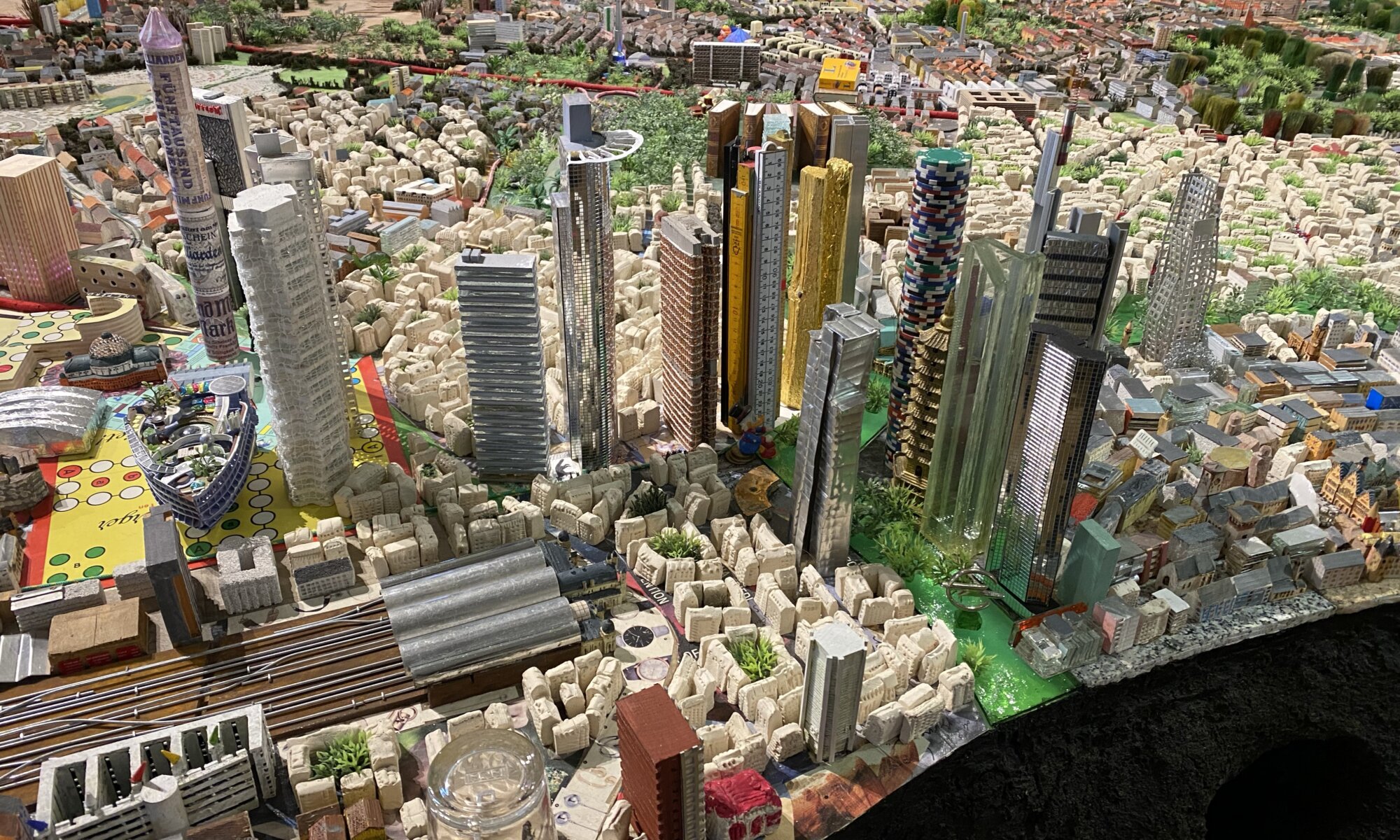 Directly next to the Römerberg of Frankfurt am Main you will find two buildings that together form the Historisches Museum Frankfurt, a fantastic opportunity to learn more about the city at the river Main. It was founded in 1877 with the task to collect items that are relevant to the history of the city. Today it is a combination of at least three museums: the collectors museum exhibiting all the private collections donated to the city, the young museum for children and the city museum giving you insight into Frankfurts past and present.

When you enter the museum you’ll start underground between the two buildings. It is the place where you’ll find lockers and rest rooms – and a giant snow dome. Visitors can select a topic that is interesting to them and an industrial robot exchanges the content of the snow dome to fit the new topic. Already that is pretty fascinating.

The city museum than sheds some light on the topics you would typically connect with Frankfurt am Main: the Frankfurt Stock Exchange, the annual Frankfurt Book Fair, the creation of the German constitution at the Paulskirche, the international airport FRA, the important role during the Holy Roman Empire, the Adlerwerke car factory, the chemical company I.G. Farben and its connection to the Third Reich, Jewish life and prosecution. Afterwards you have good knowledge on past and present. While you are there: don’t forget to climb up the Rententurm and walk down to the ancient harbor included in the museum building.