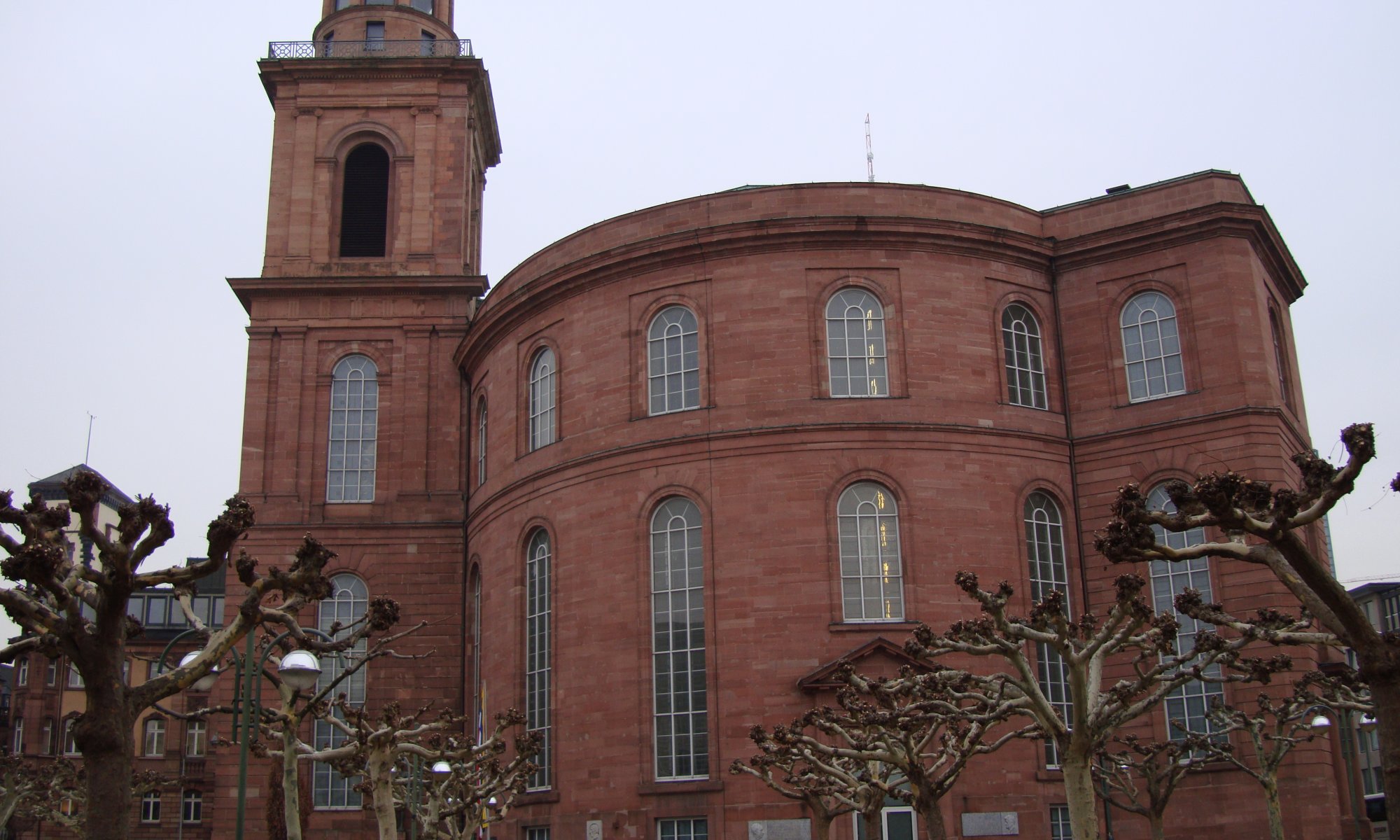 The Paulskirche in Frankfurt, Germany is a church building used for meetings and exhibitions, it is located close to the Römerberg. It was built from 1789 on and was used as a Protestant church.

It became of massive importance in the years 1848/1849 when the German national assembly was meeting here and the first German constitution was written at this place. It is seen as the birthplace of German democracy.